They rarely bring it up, so we are. 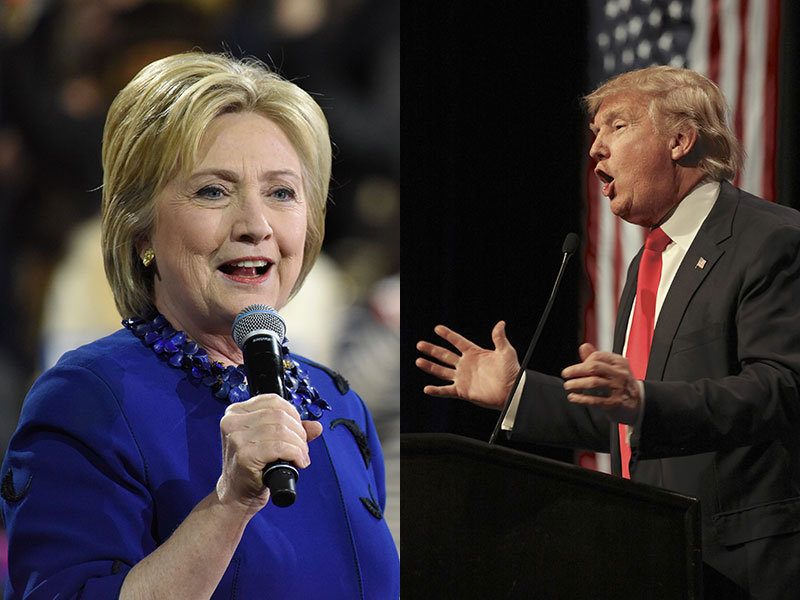 It’s just the candidates don’t frame their debates that way. Let’s face it, the majority of Americans find the subject of agriculture, a little… (yawn)…dull. At Modern Farmer, we couldn’t disagree more.

At any rate, food production is, arguably, the foundation of society, and voters would do well to understand how each candidate’s policy proposals are likely to affect it. Neither Hillary Clinton nor Donald Trump are in the habit of speaking on food- and agriculture-related issues, but much can be implied from their stances on other subjects, as well as from their past actions and current personal and political alliances.

Trump: Trump’s platform does not specifically mention food, agriculture, or rural communities, and to our knowledge he has never directly addressed the subject of local and regional food systems.

But he recently released a list of agriculture advisors that paints a vivid picture of the sort of policies to expect under a President Trump. The 65 names on the list are a who’s who of industrial agriculture advocates, including senators, governors, state ag commissioners, and agribusiness executives. It’s safe to say that the Trump ag team supports feedlots over farmers markets.

Current USDA secretary Tom Vilsack is Clinton’s top agriculture advisor, signaling the likely continuation of his agency’s nascent local food initiatives, such as the Know Your Food, Know Your Farmer program. That doesn’t mean Clinton and Vilsack aren’t also staunch allies of so-called Big Ag – they make no claims to the contrary. During primary season, Clinton has been viciously attacked by liberal voters for her ties to Monsanto.

Trump: The republican nominee has vowed to eliminate the EPA, making it doubtful that he would do anything to support organic agriculture, and casting concern that a Trump presidency could lead to a loosening of restrictions on toxic agricultural chemicals. A junk food lover, Trump does not appear to have a personal interest in organic food, nor has he said anything to indicate support for organic farmers.

Clinton: It’s a little known fact that long before Michelle Obama’s kitchen garden, Clinton kept a small organic garden on the White House roof when she was First Lady. The White House executive chef at the time, Walter Scheib, has said that the Clintons “dined regularly on organic foods.” So there is clearly some personal appreciation there; how that would translate to policy and funding is unclear, though the USDA has made significant investments in growing organic agriculture under Vilsack.

Trump: His stance is widely known: deport the illegal immigrants currently in the country and put a wall on the border to keep them from coming back. He has yet to address how cracking down on immigration will impact agriculture, which is heavily dependent on immigrant labor, both legal and illegal. Some outlets have suggested that such a drastic approach to immigration could result in food shortages or at least a spike in food prices.

Clinton: In her official platform, Clinton recognizes that “immigrants and migrant workers play a critical role in developing and supporting America’s agricultural economy.” And she lays out a detailed plan for immigration reform, in which illegal immigrants are provided a path to citizenship.

Trump: Cutting federal assistance programs, including SNAP benefits (Supplemental Nutritional Assistance Program, previously known as food stamps), has been a central component of Trump’s message. Republicans have advocated for years to remove SNAP benefits from the farm bill, which would make them more vulnerable to being cut, a move which Trump supports.

Update: On September 13 Sam Clovis, a senior advisor in the Trump campaign, clarified that the Republican nominee would not seek to remove SNAP benefits from the 2018 Farm Bill.

Clinton: The Democratic nominee has pledged to not only protect SNAP benefits, but to “expand… SNAP recipients’ access to fresh foods.” Under Vilsack, the USDA has begun a variety of programs to encourage SNAP users to purchase more fresh food, such as doubling their value when used to purchase food at farmers markets and enabling CSA share purchases.

Trump: He does not support labeling foods made with GMOs. And judging from his agribusiness-friendly agriculture advisory council, we can assume he won’t be initiating any other restrictions on the use of biotechnology in agriculture.

Clinton: She does support GMO labeling, but has not voiced any concerns over the technology. In fact, in 2014 she spoke at a Biotechnology Industry Organization convention about how the industry can better communicate with the public to not sound so “Frankensteinish.”

Trump: To our knowledge, Trump hasn’t gone on the record with any explicit viewpoint on how farmworkers should be treated on the job. In his own various businesses, though, he has a long history of not paying contractors and avoiding unionized labor for his building projects – and has been cited for 24 violations under the Fair Labor Act.

Clinton: Clinton has pledged support for legislation that would require overtime pay for farmworkers, earning her an endorsement from the United Farmworkers Union. She supports state-level efforts to raise the minimum wage to $15, including for farmworkers. She has long expressed admiration of the late Cesar Chavez, a Mexican immigrant whose activism in the 1950s and 60s led to the formation of the United Farmworkers Union, and was recently endorsed by the Chavez family.

Trump: Trump’s sons, who are two of his main advisors, are known for their love of trophy hunting in Africa. Trump himself tweeted in 2015 that, “Ringling Brothers is phasing out their elephants. I, for one, will never go again. They probably used the animal rights stuff to reduce costs.” His list of agriculture advisor does not appear to include advocates of farm animal welfare.

Clinton: Clinton has an entire section in her platform devoted to animal welfare, which advocates “encouraging farms to raise animals humanely and working to eliminate the use of antibiotics in farm animals for non-therapeutic reasons.” As a senator, she worked to prevent the USDA from using chickens that had been treated with therapeutic antibiotics in a federal school lunch program. Twice in her eight years as a senator, Clinton earned a perfect score on the Humane Society Legislative Fund scorecard.

No matter which side of the aisle you find yourself, consider joining forces with Plate of the Union “to raise the voice of Americans who care about food and farm issues during this election season.” You can also check out how your local politicians stand on Food Policy Action’s National Food Policy Scorecard.