Farmers Turn To Terrifying Falcons To Scare Away Pests 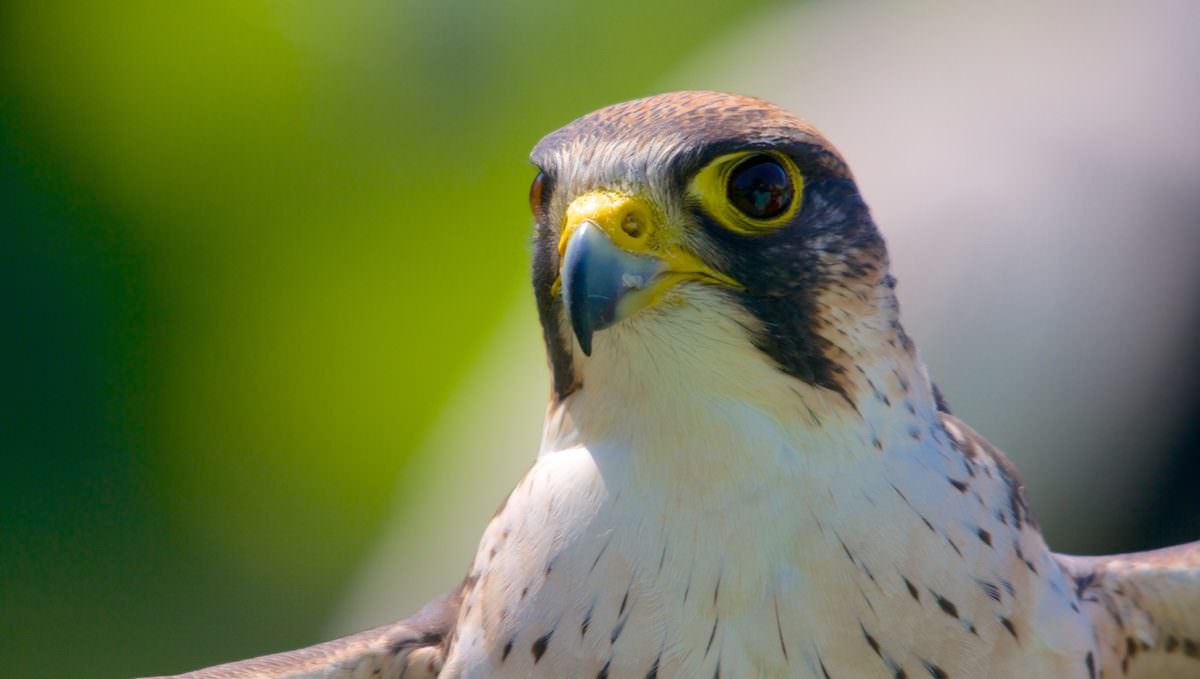 A flock of small birds can wipe out as much as 80 percent of a crop of blueberries, according to Airstrike Bird Control. Those pest birds can be any of several species, ranging from cedar waxwings to various crow species, but the most common pest is the invasive European starling, a glossy, metallic-looking bird. It’s now estimated that an insane 150 million starling occupy North America after 60 were introduced to New York City’s Central Park in 1890.

Solutions for getting rid of starlings and their ilk is tricky; it’s only legal federally to kill a few species of pest birds (starlings are one of those few), but even if it’s legal, it isn’t easy. Pest birds usually move in large flocks and widespread killing isn’t really feasible. So farmers have increasingly turned to methods which, instead of killing the pests, simply scare them away.

There are many high-tech solutions, ranging from ultrasonic noise machines to inflatable flying crafts, as well as some more low-tech solutions like angrily firing shotguns into the air. (That last one sounds like a joke, but a shotgun blast is pretty scary to a small bird.) The problem with those methods, according to Airstrike, is that they aren’t actually dangerous to the pest birds, and so the birds will eventually learn that they’re not in any real harm and will return to feed on and destroy the crops.

Enter the falconer. Airstrike is among a growing number of companies that send out falconers to farms. Their falcons, specially trained, do not really hunt; instead, they chase and attack and generally make their presence known. “Falconry works because pest birds are ‘hard-wired’ to be terrified of raptors – falcons and hawks – which are their natural enemies,” writes Airstrike on its site. “Pest birds never get acclimated to raptors, while [sic] they will used to noisemakers such as propane cannons, shotguns, or recorded calls.”

A wide variety of different raptors are used, but due to their long history of working with humans, the most common species are a group of falcons including and closely related to the famous peregrine falcon. (Other species include the gyrfalcon, barbary falcon, and Harris hawk.) Some species are chosen for their very specific hunting methods: “Aplomado falcons are like heat-seeking missiles,” writes Falcon Force, another falconry outfit. “Once they pick their prey, they will pursue it for very long distances and often catch them.”

Falconry isn’t cheap; according to Oregon Falconers, it can run as much as a few thousand dollars per day. But falconers claim it’s a much more permanent and effective solution to pest birds, and as a bonus, does not negatively impact the environment as poison or physical barriers like nets would.