Video: American Farmers are Rapidly Retiring. Who Will Succeed Them? 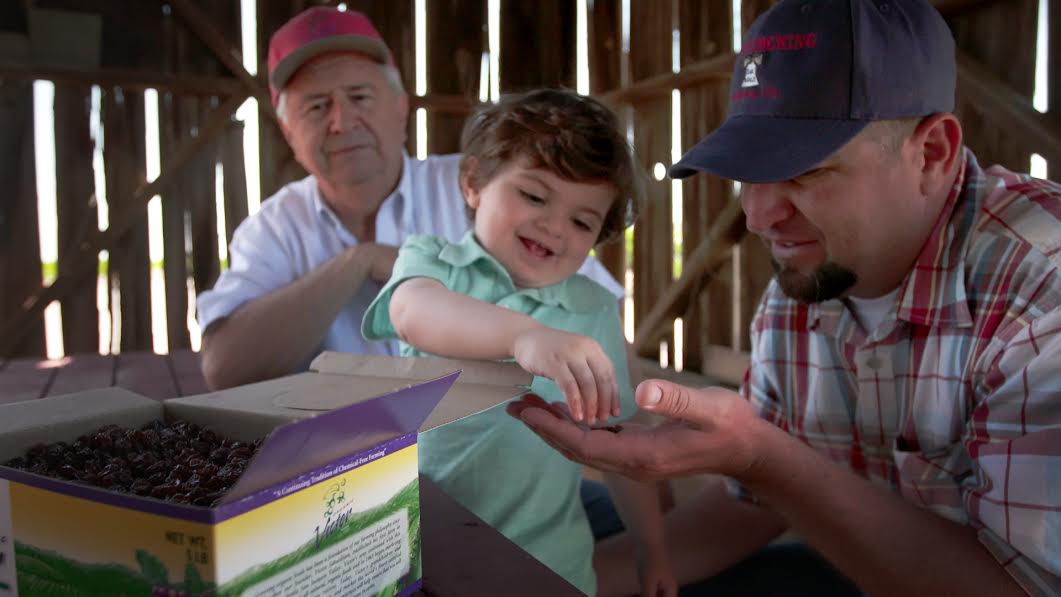 “Today, we’re seeing less and less young people entering the farming life. As a nation we have a huge challenge,” Sahatdjian says in a video titled Giving Voice to Young Farmers, part of the “Farmers Speak,” series, produced by Clif Bar & Company. The series gives organic farmers a chance to speak about their successes and challenges, and this newest installment highlights Sahatjian Farms and Victor Packing in Madera, California, who’s one of the company’s suppliers.

The lack of replacements for aging farmers is a real concern. The average age of U.S. farmers is 58.3 years, and over the next 25 years, more than one-fourth of all farmers are expected to retire, which would require an additional 700,000 to replace them. Between 2007 and 2012, the number increased by only 1,220, according to the National Young Farmers Coalition (NYFC).

Robert Sahatdjian, Victor’s son and the operation’s farm manager, says that it’s difficult to enter the agriculture field today due to the high cost of land, plus many young people just graduating from college are saddled with student loans they need to pay down.

Lindsey Shute, the executive director of the NYFC, cofounded the nonprofit dedicated to advocating for young and beginning farmers for that very reason. Back in 2010, she and her husband were looking for farmland in New York’s Hudson Valley and found it difficult to find anything that was close to affordable.

“We recognized this was a struggle shared by farmers throughout the Hudson Valley and across the country,”she tells Modern Farmer. “There was no national voice for the needs for young and beginning farmers … so we decided to build a national coalition and advocacy organization primarily to fight for [their] needs.”

Clif Bar has been supporting the NYFC both financially and through their social media channels, including giving the organization a $35,000 grant and promoting the NYFC’s “Farming is Public Service” campaign to raise awareness and support for the Young Farmers Success Act of 2015. The bill was introduced this past June in the U.S. House of Representatives by Congressmen Chris Gibson, a Republican who represents New York’s 19th District, and Democrat Joe Courtney, who represents Connecticut’s 2nd District. It would add full-time farmers to an already existing public service loan forgiveness program that allows certain professions, such as doctors and nurses, to receive loan forgiveness after 10 years of on-time payments.

Clif Bar has a vested interest in supporting and encouraging this new generation. As Shute points out, food producers who rely on organic and sustainable ingredients (like Clif Bar does) are worried about the coming gap in their supply. She says companies are already seeing problems. “There just isn’t a good supply there. It’s just very clear that we need young people to be able to get into farming and find success,” she says.

Matthew Dillon, Clif Bar’s director of agricultural policy and programs, says real success for the organic food and farming movement won’t be measured by sales alone, but by succession.

“Succession is the process you have in place to pass on your businesses, your natural resources, the quality of your soil, water, and seed, to pass on your farms, your farmland and your knowledge of farming to the next generation,” he says. “So for us these kinds of investments in the work of the National Young Farmers Coalition or giving farmers a voice through these films, or other investments we’re making in organic research and education, we really see this as an investment in succession.”