This Forgotten Ancient Grain May Be Responsible for Society as We Know It - Modern Farmer
Food & Drink, Plants

It's not wheat, corn, rice, or barley. 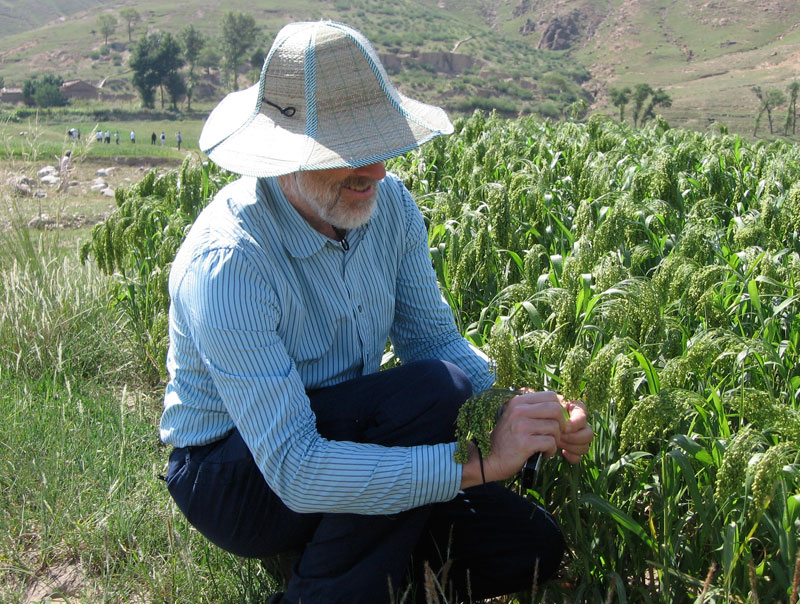 Millet is a variety of grass that grows quickly and produces prodigious amounts of hard, small seeds that look a bit like quinoa. It’s not very common in the U.S.; only one variety is grown in any real quantity, and even that is specifically for birdseed. But in the developing world, millet is often a literal lifesaver, replacing other key cereals like corn, rice, and wheat.

A joint study from archaeologists based in the U.S., UK, and China decided to track the spread of millet. Though it’s native to most parts of the Old World, it was believed to have been domesticated in China, one of the first domesticated cereals, around 10,000 years ago. It was spread by traders throughout Eurasia, and that’s where, according to the archaeologists, things get interesting.

Millet is an ideal supplementary crop; it thrives with minimal water, it has a very short amount of time from seed to harvest (only 45 days, compared with 100 for rice), and it can be planted on hilly slopes easily. Between 2500 BC and 1600 BC, say the archaeologists, farmers began using millet as an integral element of “multiple cropping.”

Multi-cropping is a strategy that’s so old most people don’t even know the term. It’s a way of growing multiple crops with a short overlap between growing seasons, so that a continual harvest throughout the year is possible. When the wheat season is over, the millet season can begin. That way, there’s never a time without food.

Millet’s short growing season and minimal environmental needs made it a perfect candidate to create the concept of multi-cropping, and the prospect of a continual harvest enabled people to leave nomadic lifestyles behind and create permanent settlements. And with permanent settlements come cities, and communication between cities, and, you know, society.

The researchers managed to figure out the process of millet domestication in China, and in turn to follow its spread and compare it with the spread of domesticated barley and wheat. It reveals just how important millet was to the creation of cities and agricultural society, and also, the researchers hope, should make us think about millet in a different light. And there are plenty of ways to cook it now; you can find it at many specialty grocery stores.