Farmers that pollute will now have to pay. 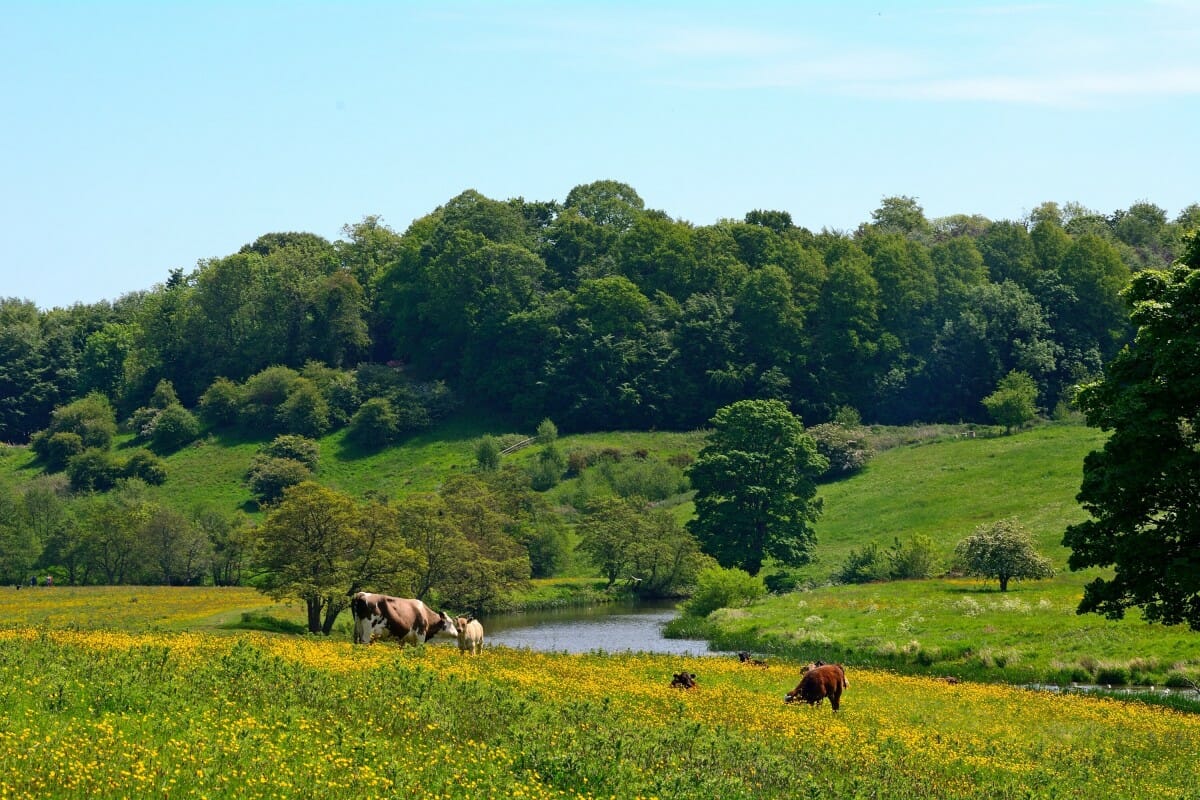 The rule, which is set to go into effect on August 28, is aimed at clarifying exactly which bodies of water the EPA has jurisdiction to regulate, a question that has produced a long series of court cases ever since the Clean Water Act (CWA) was adopted 43 years ago. Understanding the legal nuances involved in these ongoing battles requires first understanding the legal umbrella under which the water resources of the United States are held. “Waters of the United States” is a legal term that goes back to the U.S. Constitution and underlies the ideological battle being waged today.

The Commerce Clause in Article 1 of the Constitution says that the federal government has the right to govern interstate commerce, which, at the time of the drafting of the Constitution, took place primarily by way of rivers and lakes, since these were the original highways of the country. Thus all “navigable waters” were under the jurisdiction of the federal government in the same way that interstate highways are under federal jurisdiction today, rather than under state authority.

Over time, commerce along waterways has diminished, but the concept of navigable waters has remained and is now broadly referred to as “Waters of the United States.” The implication is that the federal government controls what happens to those waters – not private landowners and not the states – whether it has to do with commerce or not. That precedence formed the legal basis of the Clean Water Act, which empowered the EPA and Army Corps of Engineers to regulate how much pollution any property owner, business owner or government entity could discharge into the US waters. It’s important to note that pollution is tolerated under the CWA, but it must be within certain limits.

The fact that the Clean Water Act was based on the navigable waters provision of the Commerce Clause has always been problematic. There is a lot of grey area in determining which waters are navigable and which are not. It’s counterintuitive, but legally speaking, “navigable waters” means almost any trickle of a stream or tiny wetland. Two centuries of legal wrangling have led to this expanded concept, but it is still tough for farmers, ranchers, loggers, mining companies, industrialists and real estate developers to digest. The logic behind the expanded definition flows from a basic, common sense fact: water flows downhill. The Clean Water Act is predicated on the need to assure the health of the entire watershed, which includes many smaller bodies of water – otherwise there is no way to keep larger bodies of water clean.

The problem, of course, is that all those smaller bodies of water cross private land, especially farmland. Try telling a farmer that they can’t till their soil because it’s going to wash off and cause sedimentation in a tiny stream on their land or that they can’t graze cattle next to a brook running through their pasture because the manure is going to pollute the water. Many will say that it’s unfair – how can they be expected to make a living? That’s a valid point, which is why for many years the Clean Water Act focused on the most egregious polluters, such as wastewater treatment plants and heavy industries. After several decades of enforcement, however, the lowest hanging fruit in the world of polluters has been nabbed and the EPA has become more focused on applying the law to farmland. It’s not that the consequences of agricultural pollution are minor – the infamous Gulf of Mexico dead zone and the toxic algae blooms of Lake Erie are two blatant examples of the havoc that farms can wreak – but it originates from many smaller bodies of water rather than from one source.

This brings us back to the current debate. The rule that the EPA recently established is not an addition to the Clean Water Act, it’s a clarification of the original intent. It provides a scientific basis for assessing exactly which tributaries are waters of the United States based on the existing precedent that any body of water with a “significant nexus,” or connection, to a navigable waterway is within their authority. This includes some ephemeral streams that only flow when it rains, as well as manmade ditches that divert the flow of perennial or ephemeral streams. In some cases it also extends to wetlands that are in the floodplain of other waterways. However, farmers have always been entitled to certain exemptions for the Clean Water Act for “normal” farming activities like tilling, grazing and mowing in the vicinity of waterways, even if those activities degrade water quality. In practice, the only farming activities that have been regulated under the Clean Water Act on a routine basis have been confined animal feeding operations (CAFOs). These exemptions will continue under the new rule, but farmers are worried that the door is now open to regulating other activities.

A media war has been waged between the EPA and the AFBF and their respective allies over the last year since the new rule was first proposed. Each side has directly contradicted the word of the other. The AFBF published a “Ditch the Rule” website attacking the illegality of the new rule, including a document that outlined what the rule “really” means, even though it “says” something completely different. The EPA countered with a document of its own, Ditch the Myth, which debunks the claims of the AFBF document, point by point.

The EPA says that some bodies of water have actually been removed from their jurisdiction by the wording of the new rule and others have been added, for a net gain of 3 percent.

AFBF and other like-minded groups contend that the new rule expands the CWA far beyond its original intent and have supported legislation to repeal it before it goes into effect – which President Obama has vowed to veto. In reality, the substance of the CWA has not been changed, it has just been clarified so the EPA will have more solid footing to prevent agricultural pollution in the future. The rhetoric of some agribusiness groups implies that they are being punished purely for the normal work of farming. The truth is that the CWA only applies to polluters, not farmers that effectively steward their land. This has not been changed, it has only been affirmed.

Update 7/24/15: We removed a portion of the article which mentioned another change in this rule included that farmers would be required to implement EPA-specified conservation practices around any “waters of the U.S.” that cross their land in order maintain their exemptions. This part of the rule has been withdrawn.