Bring Us A Cup Of This Kenyan Purple Tea, Please 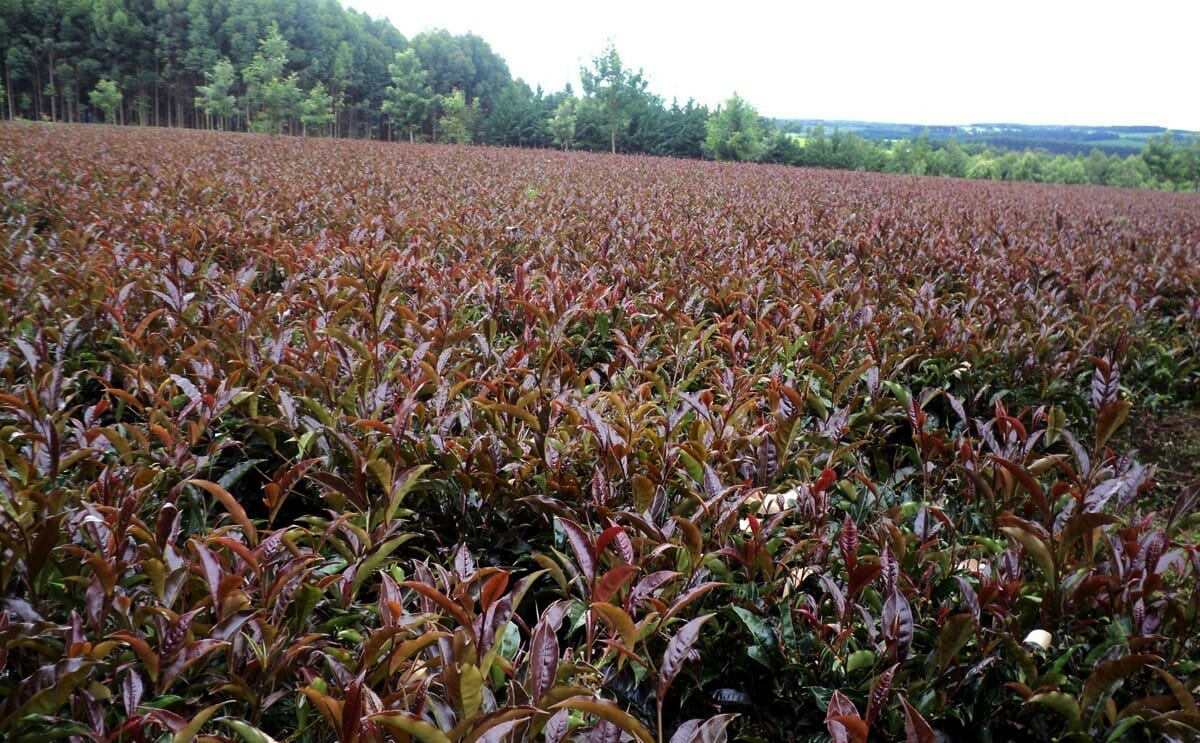 Kenya might be the third-largest tea producing nation in the world (after China and India), but its tea is largely anonymous. China and India both produce plenty of unremarkable, low-end, inexpensive black and green tea, but both also have signature, location- or production-specific teas, like Darjeeling, which can only come from a specific area, or Pu-erh, which requires a long fermentation process. Kenyan tea is slowly inching toward higher-end teas – some of its single-origin tea is well-regarded – but Kenya doesn’t really have a signature tea. Until now, maybe.

NPR reports on Kenya’s new embrace of a distinctively purple variety of tea. Its proper, very unsexy name is TRFK 306, reflecting its origin as a government-lab-created variety specifically designed for medicinal uses. The purple color comes from high levels of anthocyanins, the same antioxidants that give other red, blue and purple foods like blueberries, kidney beans and grapes their color.

Anthocyanins have a semi-established reputation in the alternative medicine community as a possible treatment for everything from high blood pressure to cancer. Scientific studies have been mostly inconclusive; anthocyanins interact in complex ways with lots of other chemicals in the body, so it can be difficult to pinpoint out exactly what’s going on.

But that’s mostly irrelevant to the taste of the purple tea, which, according to tea experts interviewed by NPR, is delicious. It doesn’t produce a purple-colored tea; the color depends solely on the way the tea is treated. Done in a minimal, steamed method the way most green teas are, the color is a pale yellow. Fermented and rolled into an oolong, it’s a dark amber. All, apparently, have a slight berry tone, which may come from the anthocyanins.

The tea isn’t easy to find; most tea shops don’t even stock it, though you can find it online. The largest obstacle to mass production (the tea itself is hardy and has a substantial output) may be Kenya’s production methods, which are largely set up for a specific kind of tea. Most Kenyan tea is simple black tea created by the CTC, or cut-tear-curl, method; it’s a typical strong, bitter black tea that you might find in mass-market teabags or cheaper Earl Grey blends, things like that. The purple tea, being potentially much more profitable, wouldn’t be produced in this mass-market fashion, but instead created more deliberately and carefully to ensure a high-quality end product. Still, the purple seems a promising new varietal that’d be novel in most of the world.

Looks a good site for learning.