The Ugly Goatlings of 2014 (or, Stories You Should Have Read)

If you have missed these stories in 2014, it's now time to read them. 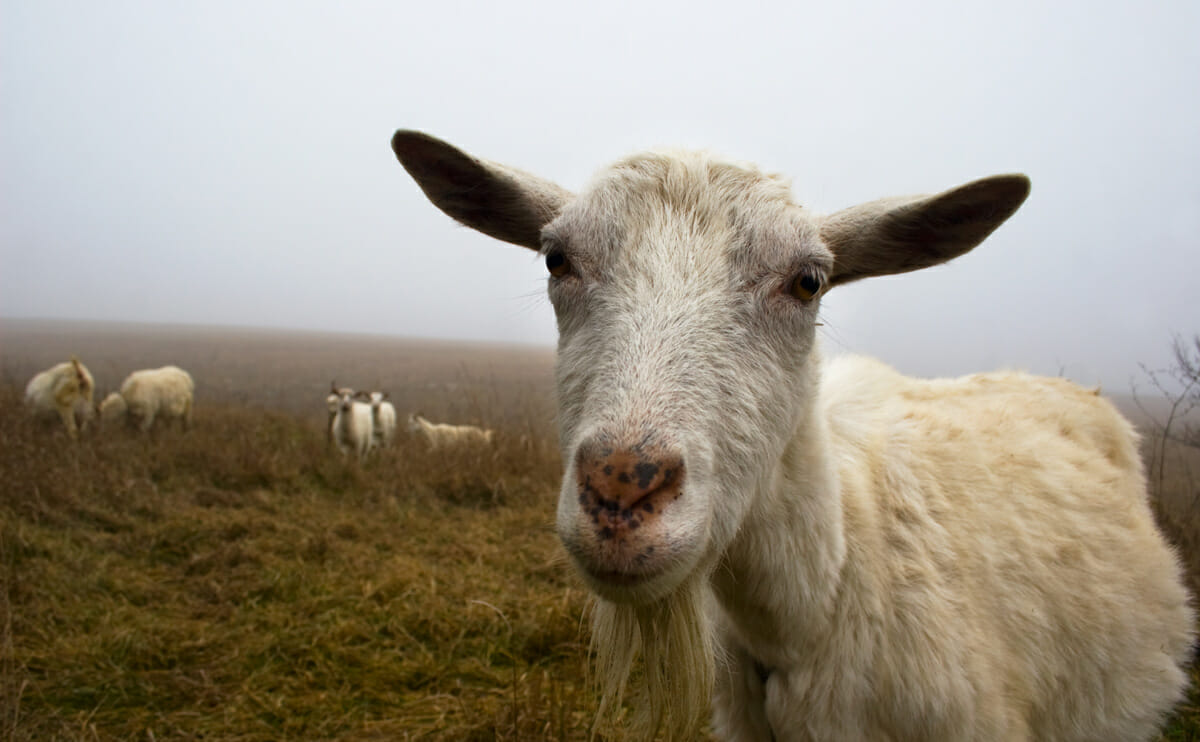 Is Your Refrigerator Running?

I’m willing to concede that an article on the perils of refrigeration doesn’t scream “click bait!” But Nicola Twilley’s look at the “invisible backbone on which the world’s food supply depends” has it all: post-apocalyptic fear, the ravages of a changing climate, the world’s largest fridge, and “a brownish, fetid sludge, writhing with rats and maggots.” Also, a plea for urban agriculture. What’s not to like?

This story on “ag comedians” hits my soft spot for niche outsiders doing weird stuff. There’s less than a dozen of these guys in the whole country, doing insider comedy on corn commodities and calf birthing. They perform at tractor conventions and county fairs, for audiences that “get” them. I really want to party with these guys.

Looking for Pie in All the Wrong Places

Even though I’m getting closer and closer to becoming a spinster (a delightful one, I hope), I never want to use Tinder or any forms of matchmaking or blind date. But Sarah Baird’s beautiful story about pie suppers changed my mind and now I have an exception. I can’t think of anything as beautiful as olden-day pie suppers; I’d be happy to learn how to make pies and see who will bid for my treat. Sharing the pie with a guy who wins the bidding is perhaps the most romantic part. The chewing and chatting moment.

OK, so senior editor Jesse calls this story my “passion project.” (See his Editor’s Note at end of the first section.) But as self-indulgent as it may sound to say that more people should have read a story of my own, I’m truly obsessed with this one. First off, it’s about Donkey from Shrek! — the most incredible topic in the world — a topic that really should be clickbait in and of itself. I dive deep into the creation of this sweet and hilarious animated sidekick. I chatted with the man who dreamed Donkey up — who sculpted him out of clay — as well as the head storyboard artist responsible for constructing Donkey’s narrative. Wanna know which of Donkey’s one-liners were a product of Eddie Murphy’s improvisation? You’ll have to click to find out.

Toast in the Machine: Meet Your New Computer Chef Overlords

When my editor Jesse casually asked me to think about the supercomputer-turned-chef Watson and the rise of computer chefs in general, I did not anticipate the mental rabbit hole I would go down. Computers don’t have the same biases and limitations as human brains, so their application for developing new recipes and putting ingredients together in new ways seemed limitless and overwhelming. But it was the potential of the Thai computer e-Delicious, made for determining the “authenticity” of various Thai dishes, that excited me the most. Imagine if we had a electronic culinary archive of dishes as they’d actually been served in Napoleonic France or the antebellum South — that would be an amazing resource. These types of computers could be used to measure and preserve our cuisines for future generations.

I was really surprised to find out Jack London was such an inventive and prolific farmer. I thought he was just a one-trick-pony. I figured the media tycoon literati that are our readership would get all hot and bothered by finding out their cherished man of the north was also an organic farmer who owned a pig palace.

The Country Grind Quarterly: A New Zine for Rural Punks

While it’s undeniable that rural Vermont doesn’t have the same kind of punk scene as New York, let’s face it: there’s probably a leather clad, black metal loving farmer in a community near you. The Country Grind Quarterly seeks to spotlight the “dreadneck” movement that’s quietly happening across the United States and Canada by connecting the relatively isolated punk scenes tucked away in rural areas. In an interview with the ‘zine’s founder (whose name is – wait for it – Gretchen Bonegardener), Tyler LeBlanc helps draw attention to a publication “for rural punks, by rural punks” and an underground community dedicated to a seriously dark country movement.

Ah, weather — the perfect icebreaker. Sure, “it’s so cold” is a good old conversational standby, but have you ever tried “Climate change is going to make it impossible to grow crops through traditional means, so we’re all going to starve”? Give it a go at your next family dinner or holiday mixer, and make sure to read “Salad Inc.,” if you want an Interstellar-y, deus ex machina solution to spice up your wintry banter.

Can’t Can Another Tomato? Then Trade It for Your Next Dinner Out

I thought this was such an innovative idea: barter your excess garden harvest for a date night at your local farm-to-table restaurant. Even the most ardent home grower has silently cursed that annual glut of tomatoes and zucchini. Why not let your favorite chef take over and get a few bucks knocked off your next meal in the process?

This was one of the first long-ish pieces I wrote for Modern Farmer, a kind of elongated interview-turned-Wikipedia-article on a really weird phenomenon: the scourge of feral cows in Hawaii. I think it turned out pretty well; it’s such an odd topic, one that most people aren’t aware of, and I liked the semi-serious semi-silliness of the most dangerous game being a cow.

In my opinion, Meaghan Agnew wrote the best story about a terrible wine. Before coming across the article, I was a Jew who assumed the material culture of my religion was just a predetermined fact: matzah is square and Manischewitz wine sucks because of God or natural law or something. Learning the stories behind those products gave me a whole new sympathy for kids finding out Santa isn’t real.

Are You Cool Enough to Drink Switchel?

Monica Kim’s story “Are You Cool Enough to Drink Switchel?” left me realizing that I am not nearly cool enough and probably wouldn’t like to sip on the rustic fad anyway. But her article did let me both learn some U.S. history and gawk at Brooklyn hipsters, which is always refreshing. Her ending quote (“Without even meaning to, we revitalized a culture, really”) should be packaged and safely stored in a museum for great kickers.

(Ed. Note: Sam chose two of our all-time most popular stories for this post — kind of missing the point. But don’t judge him! He is very bright boy, maybe just distracted by holidays.)