Toast in the Machine: Meet Your New Computer Chef Overlords

Two supercomputers are getting involved in the personal, intuitive process of cooking. 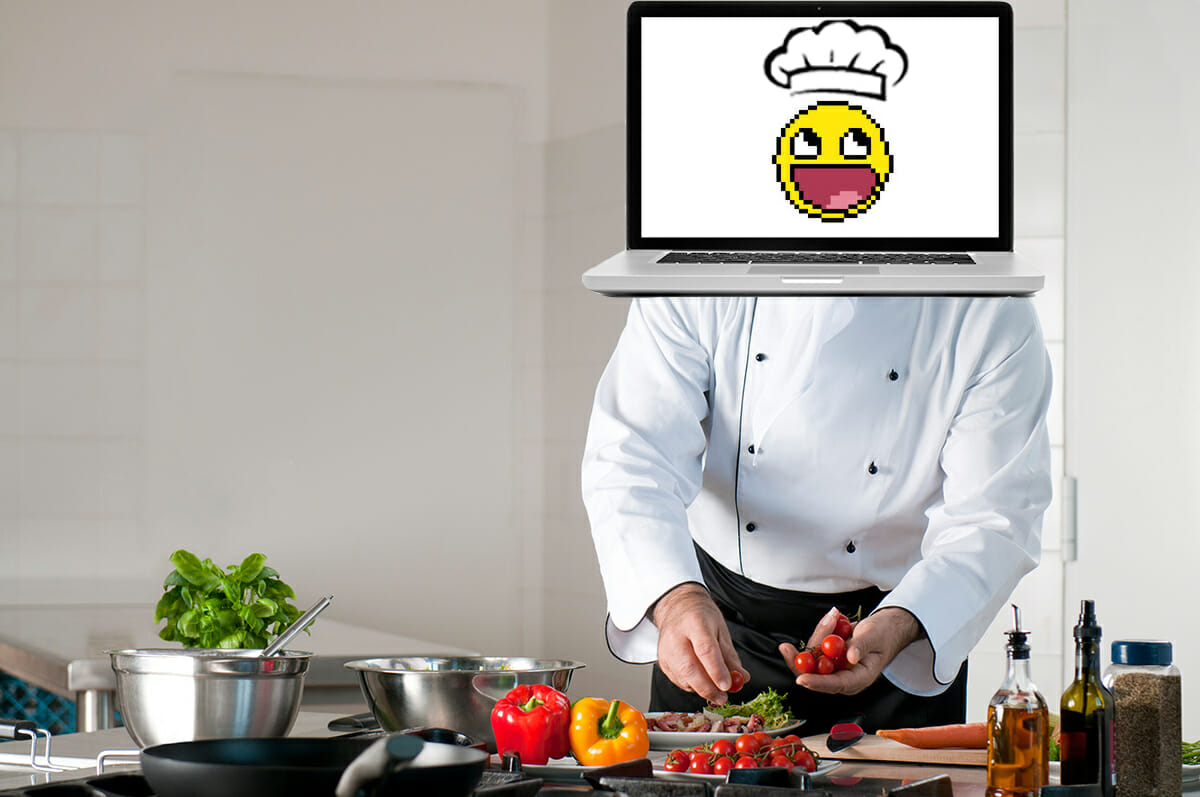 The maverick is Watson, the IBM-developed artificial intelligence software that famously beat computer-like human Ken Jennings in Jeopardy! back in 2011. Since the game show, the supercomputer and its impressive cognitive abilities have been tasked with helping doctors diagnose patients and companies improve productivity. In its free time, it’s been moonlighting as a chef.

Watson can’t cook — not yet, anyway. But it has been developing recipes for everything from food trucks to Bon Appetit. “Chef Watson” draws on an extensive database of foods, their affinities for each other, their complementary chemicals and so on, to put flavors together in ways that only a mad genius of a chef would conceive of.

The program made a splashy debut at last year’s South by Southwest with a food truck. Festivalgoers were served dishes like chickpea dumplings with lamb and okra, and pork-apple kebabs with mushrooms and strawberries (the latter two chosen because they share a flavor compound).

That was little more than a publicity stunt, but it got the attention of Bon Appetit, which has put its sizable recipe database into the computer. The magazine is using Chef Watson to develop recipes like potato salad with brown sugar and oregano, short ribs with oyster sauce and apple juice, and tomato gazpacho with ginger — all approved by the BA test kitchen and posted on the website.

Chef Watson can transcend culinary boundaries because it’s not tied to culture and tradition, but as the world gets smaller through globalization, there’s also a place for culinary preservation. That’s the role of Thai supercomputer “e-Delicious.” It was developed by the government to help establish standards for how Thai food should taste, which isn’t often how it’s represented outside of Thailand.

We tend to think of cuisines as fixed and definitive, but they’re ever-evolving entities, shaped by centuries of trade and imperialism.

e-Delicious uses sensors to scan Thai dishes to make sure they have just the right proportions of Thai basil, coconut cream, chile, lime, tamarind, and other flavors that are the hallmark of the cuisine. The New York Times tested it out with a sample of green curry from the Foreign Correspondents’ Club of Thailand, which received a score of 78/100, just shy of the Thai government-approved 80.

The computer may have been developed to combat the problem of too-sweet Thai food abroad — its creator, the Thai Delicious Committee, has talked about giving restaurants grades like health ratings based on the computer — but in the process it’s created an new way to measure and rate cuisine. Culinary schools could use it on exams. Restaurant critics could use it as a data point. Archivists could use it to document disappearing food cultures.

In a world dominated by Chef Watson and culinary novelties like ramen burgers and Korean tacos, an objective way to measure “authenticity” might eventually be a necessary part of food culture. Of course, the whole concept of objective authenticity is a fraught one. Is spaghetti with tomato sauce an Italian dish? That depends on how far back you’re willing to look.