One of America's favorite authors was also an organic farmer. 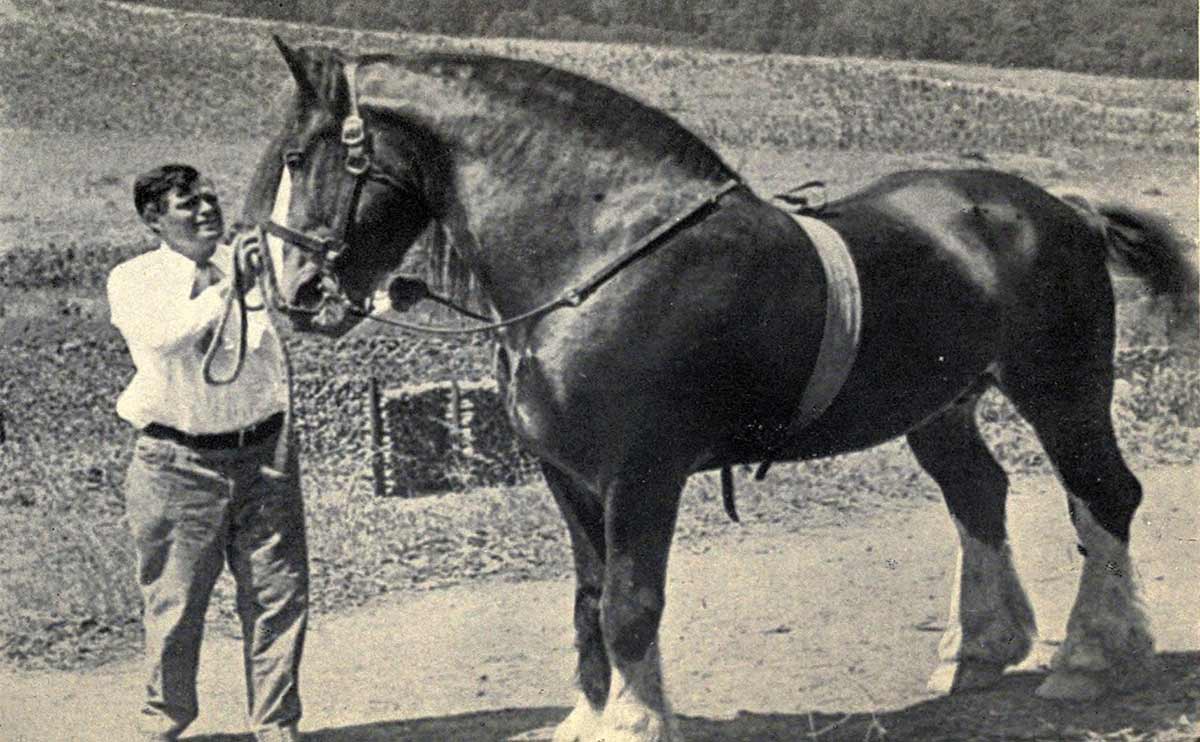 Known for his uncanny canine perspective, vivid portrayals of life in the North and an unparalleled zeal for adventure, Jack London, one of the highest-paid authors of his time, dedicated the last decade of his life to what he called the, “solution to the great economic problems of the age” — a return to the land and a restoration of sustainable agricultural methods and practices.

Earle Labor, the Wilson professor of American Literature at Centenary College and the official biographer of Jack London, says the novelist purchased his first farm in 1905 mainly as an escape.

‘I hope to do two things with the ranch: to leave the land better for my having been; and to enable thirty or forty families to live happily on ground that was once so impoverished.’

“When he bought his first ranch in the Valley of the Moon, he just wanted a haven from the sordidness and clutter of city life. ‘I’m buying beauty,’ he declared in writing at the time.”

Labor says that as London settled into his new home, he realized how the beauty and fertility of the land had been wasted by years of careless farming practices.

Like many frontier farms in the early 20th century, the past owners of London’s ranch had exhausted the soil to the point that it was deemed useless for agriculture by neighbors.

Applying time-tested restoration and conservation methods he observed in Korea and Japan ”“ where he worked as a war correspondent during the Russo-Japanese War ”“ and a genuine love for nature, London set himself to restore the farmland, which he named Beauty Ranch, to be productive once more.

Of his task he wrote, “from a utilitarian standpoint I hope to do two things with the ranch: to leave the land better for my having been; and to enable thirty or forty families to live happily on ground that was once so impoverished.”

Exhaustively consuming as much information as he could, London pored over agricultural journals and books as reference for building his ideal farm. Jumping into farming with similar devotion to writing ”“ sources say he wrote 1,000 words every morning before doing anything else ”“ he was insistent that his farm be an example of how informed and sensitive practices could change the pervading outlook of agriculturists of the time.

Of his innovations, arguably the most impressive was the pig palace, an ultra-sanitary piggery that could house 200 hogs yet be operated by a single person.

Labor says many of the innovations London introduced on his farms ”“ he ended up buying multiple properties in the area as his love of farming grew ”“ were widely respected at the time. He refused to use chemicals or pesticides on his crops, favoring natural fertilizers he stored in large concrete silos ”“ the first concrete silos west of the Mississippi. He adapted crop-terracing techniques he witnessed in Asia and insisted on only purchasing and breeding livestock that were suited for the climate.

Of his innovations, arguably the most impressive was the pig palace, an ultra-sanitary piggery that could house 200 hogs yet be operated by a single person. The palace gave each sow her own “apartment” complete with a sun porch and an outdoor area to exercise. The suites were built around a main feeding structure, while a central valve allowed the sole operator to fill every trough in the building with drinking water.

London wrote that he wanted the piggery to be “the delight of all pig-men in the United States.” While it may not have brought about significant change in the industry ”“ it is said to have cost an astounding $3,000 (equal to $70,000 now) to build — it was one of London’s greatest innovations, and, unfortunately, his last. He died the following year.

Although Jack London died long ago, his farm lives on. Beauty Ranch is now known as Jack London State Historic Park and is open for visitors interested in exploring a unique piece of agricultural history.

As we have already mentioned, there’s no targeted statistics at the component listing at the reliable website of the employer.