The Country Grind Quarterly: A New Zine for Rural Punks

Country punks need love too. We talk to one of the people behind Canada's first rural punk zine. 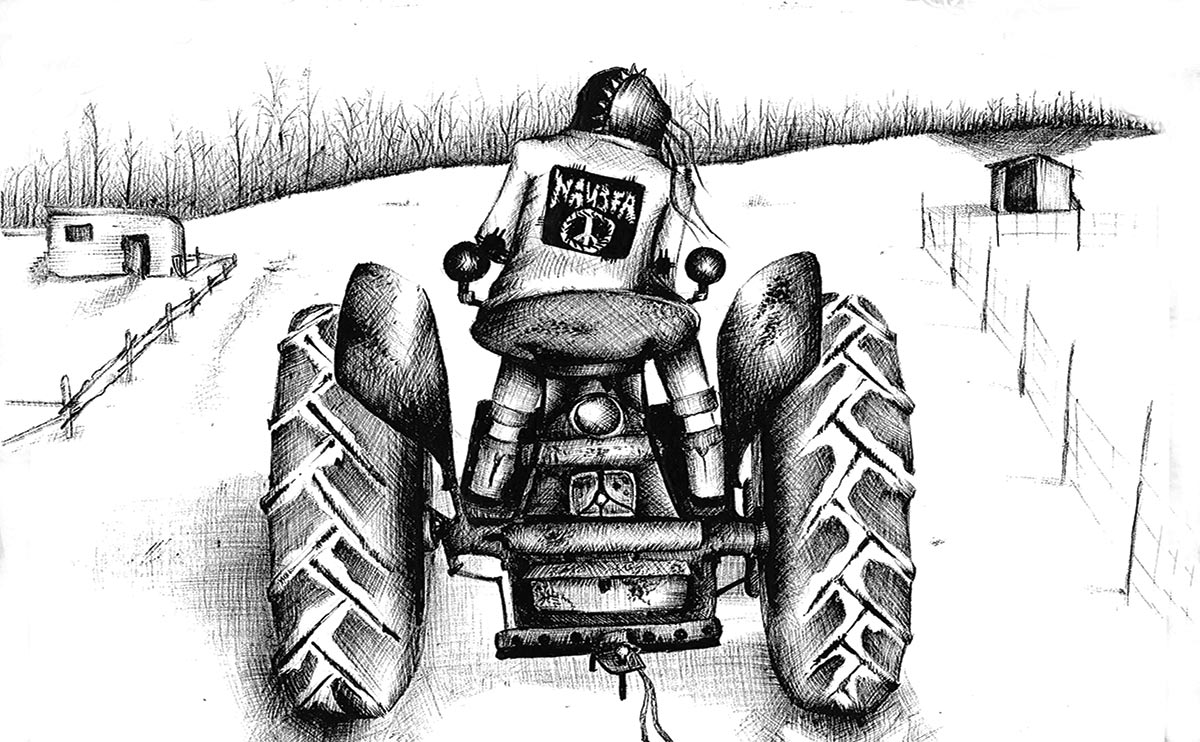 Thanks to The Country Grind Quarterly ”“ known affectionately as the Grind ”“ a punk zine written for rural punks, by rural punks. Gretchen Bonegardener, the woman behind the zine, says she started it as a way for rural punks to communicate and collaborate.

We caught her on the phone at her home in rural Manitoba to see what this dreadneck movement is all about.

Gretchen Bonegardener: Yes, it’s actually my real last name, not just a punk name, you know, it’s like one who gardens bones.

It’s really blown up in a way I could’ve never imagined, I didn’t know so many people would be interested.

MF: Why did you start the Grind?

GB: I wanted to have a connection for rural punks to communicate with each other because I feel like I know so many people who are living rurally, like punks who have left the city, but we don’t really keep in touch. I don’t use Facebook, I’m totally not into using Facebook and stuff like that. But, I wanted a way for all of us to keep in touch with one another and I didn’t just want to do an internet forum or something stupid like that, that just seems like just boring, and more time I have to spend on the computer. So I decided to make a magazine.

MF: Is there a big rural punk community out there?

GB: To be honest I wasn’t sure if there was when I first started this thing, but we have over 500 subscribers now from every province and territory in Canada and we have people from all across the U.S., in fact over half our issues go south of the border. It’s really blown up in a way I could’ve never imagined, I didn’t know so many people would be interested. I just shipped out 1000 copies the other day; it’s crazy.

MF: Can anyone get the Grind?

GB: Kind of, the Grind was originally going to be free to all rural punks and it was until recently. However, because of printing costs, we had to tack on a small charge. Still if you have a rural address, you just send it in and we ship you a copy to your door. If you live in the city it’s going to cost you a little bit more. Our motto has always been that the Grind is written for rural punks, by rural punks, and only rural people can submit, well, aside from ads.

MF: What does the Grind offer a country punk?

GB: Mostly service stuff, a good chunk are of our articles are how to’s. For example, in the newest issue, we look at things like how to hunt prairie chickens and how to sharpen a chainsaw.

MF: You’re obviously not a fan of city life, so, what’s your favorite part of living in the country?

GB: I like the lack of people telling me what I can and cannot do. I can go sit on my front porch and shoot off my gun, and blast music as loud as I can and nobody cares. I mean I don’t do that all the time, but I can, and that’s nice.