Are You Cool Enough to Drink Switchel? 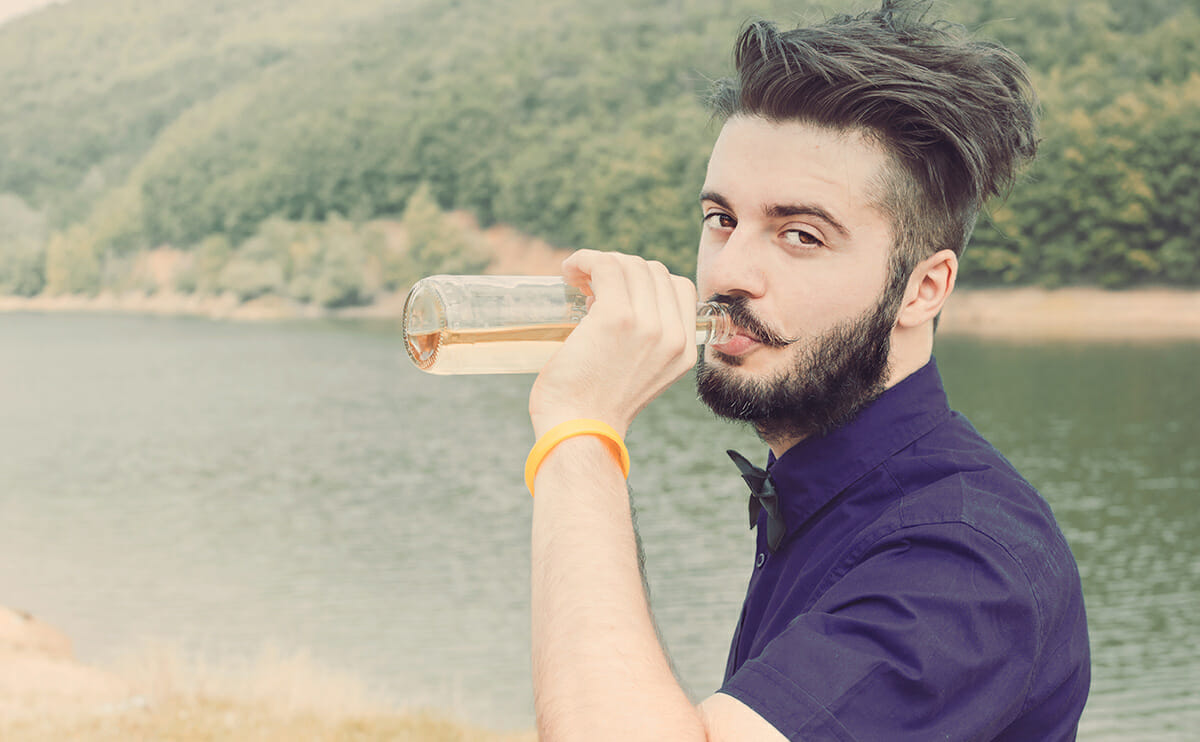 Though switchel’s origins are murky ”“ some place its roots in China, others in the Caribbean ”“ the variety brewed by Up Mountain Switchel, a company co-founded by Ely Key and Garrett Riffle, comes from 18th-century Vermont.

Perhaps better known by the name haymaker’s punch, there are countless recipes for the drink. Generally speaking, however, switchel consists of water, ginger, cider vinegar, and some kind of sweetener, like molasses or brown sugar. The Vermont variety, not surprisingly, uses maple syrup. Centuries ago this was the thirst-quencher of choice for many farmers, particularly during hay harvests. Workers would take switchel into the fields in mason jars, according to Key, which could be capped and placed under a rock in the river to be kept cold.

Although it played an important role in early American culture and was even immortalized in the work of Herman Melville (“I will give a traveler a cup of switchel, if he want it; but am I bound to supply him with a sweet taste?”), the beverage had largely fallen out of use and memory by the time Up Mountain Switchel was born. Back in 2007, Key and Riffle met at a Christmas party out west. Both men, originally East Coasters, had moved to California to work in agriculture; Riffle was in farm consulting, while Key spent some time at a lemon and avocado grove near Ventura.

After a few years, Key moved back East, which is when he heard about switchel from his father, who used to drink it while haying fields in Vermont. Intrigued, he began researching its history and sourced old recipes from his family, friends and old neighbors, who had been passing them down for generations. On a later visit, Riffle and Key decided to go all-in and start Up Mountain.

In June of 2012, the pair first attended a farmers market in Vermont and sold their entire stock in pouring rain. The inaugural batch had been brewed in Key’s grandmother’s old red barn in South Londonderry. Throughout that summer, they solicited feedback on taste from those customers ”“ “literally, farmers market research,” Riffle says ”“ and tweaked the recipe, until they arrived at their current formulation: Water, raw organic apple cider vinegar, grade A Vermont maple syrup and ginger root. The biggest change was the use of fresh ginger ”“ colonial brewers had access only to the dried, ground variety ”“ which created a livelier drink that Up Mountain can actually brew in a custom-built kettle, instead of mixing it cold.

“That was a game changer, in terms of the flavor profile,” Key says.

In addition to its sweet-yet-spicy flavor and heritage background, switchel’s health benefits are the main appeal for customers, according to Up Mountain. Each of its three main ingredients can claim various qualities: anti-inflammatory, probiotic, detoxifying, mineral-rich, what have you. In fact, Up Mountain Switchel received its initial loan from a company in the field of progressive healthcare, who see the beverage as a proactive health product that is both hydrating and energizing.

Of course, with a formula so perfectly tailored for today’s farm-to-table, artisan-crazed market, Up Mountain is not the only company brewing the stuff. After making switchel at home for almost 27 years, Susan Alexander founded the Vermont Switchel Company in 2009 and began commercial production in 2011. “I began with farmers markets, as a platform for introducing customers to switchel, and within weeks we were approached by several local stores and co-ops,” Alexander says. “Our second year, we had delivery services and distribution covering Vermont, and now we have distribution across the Northeast.”

Over the past five years, Alexander has seen growing interest from the health-conscious crowd, thanks largely to their collective discovery of apple cider vinegar, and at the 2014 Natural Products Expo East show in Baltimore, Vermont, switchel was named “a trend to follow.” “Our grandparents knew that switchel was a pure and effective way to stave off dehydration and replenish those electrolytes they lost while toiling in the sun,” she says. “It’s a year-round beverage used to stay hydrated while hiking, biking, skiing or practicing yoga.”

It was last December that Key and Riffle moved their operation ”“ a team of seven ”“ down to Brooklyn, and Up Mountain can now be found all across the tri-state area, in corner bodegas, farmers markets in Park Slope and big box stores like Whole Foods. They’re shipping across the country ”“ their first order came from Anchorage, Alaska ”“ while working on new flavors, among other ideas. Vermont Switchel Company will also soon be distributing through the mid-Atlantic and on their website, so switchel fans shan’t lack for options. Although larger companies are undoubtedly gauging interest in the drink ”“ there has been some interest in Up Mountain ”“ it may be some time before you see a version from Coca-Cola and company. Switchel seems to thrive in its homegrown environment, and Key and Riffle don’t want to sell.

“Switchel customers appreciate the hands-on – that it’s handmade and has utility,” Riffle says. “We think that with switchel drinkers, there’s this fertile ground for creating positive impact.”

Key sums it up modestly: “Without even meaning to, we revitalized a culture, really.”