Making it Rain With Dynamite on a Kite - Modern Farmer
Lifestyle

Making it Rain With Dynamite on a Kite

Forget rain dances. Ever consider shooting explosives into the air? 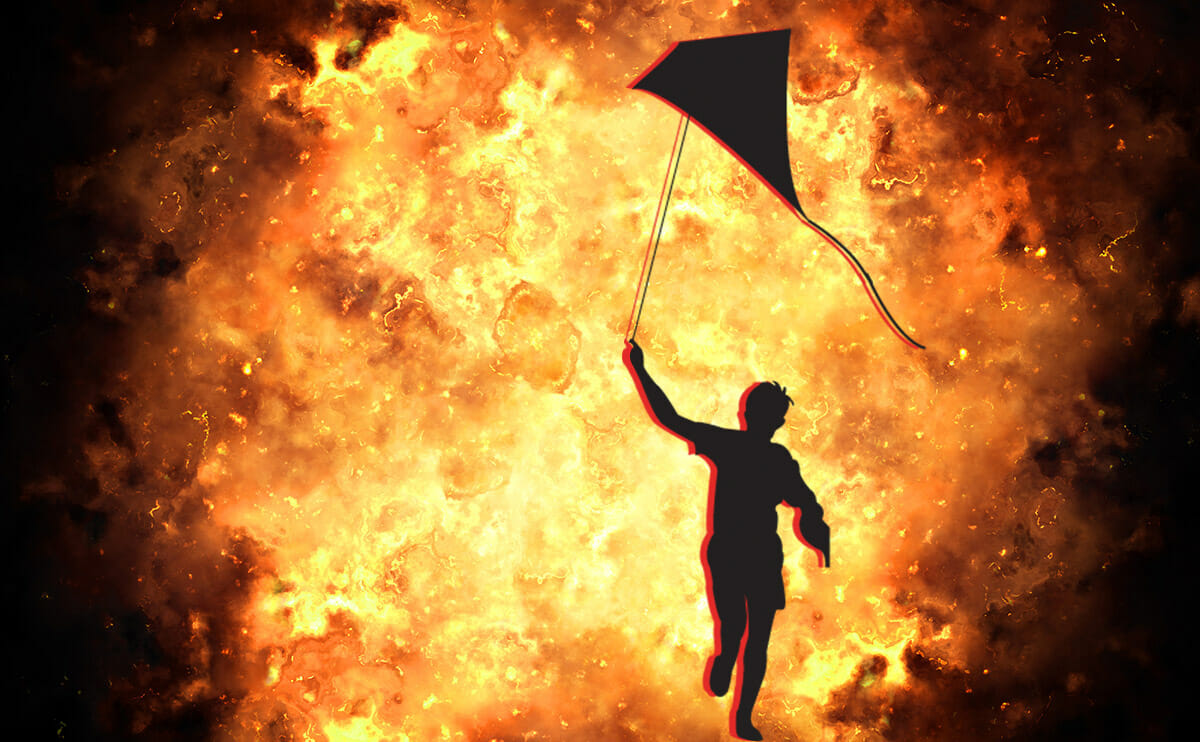 But this didn’t stop Grape Nut inventor C.W. Post from attempting to do so.

Before his cereal-manufacturing gig took off (and after a debilitating mental breakdown) Post moved to Texas with hopes of creating an intentional utopian community. When this idea failed, he got a foot into the cereal biz. He also began thinking about rain.

Post remembered hearing tales of the torrential downpours that followed heavy battle during the Napoleonic Wars. And he heard word from old Civil War soldiers that rain often succeeded heavy cannon fire. So, with this explosives = rain equation in mind, he set to work, hoping that one day, human-induced rain might replace traditional systems of irrigation.

And wouldn’t that be just peachy? Imagine a quick fix to a drought-striken California found in a beautiful firework-like display of booms and cracks that light up the sky.

He blasted 24,000 pounds of dynamite into the air. Onlookers reported that a refreshing sprinkle did, in fact, follow.

But Post’s plan didn’t work quite as well as he had hoped. In his first rain experiment, conducted in 1910, Post adhered two pounds of dynamite to a kite. He flew the kite into the air, ignited it, and was surprised to find that the skies didn’t immediately open up above him. But this didn’t stop him from continuing to test out his hypothesis in a five year, $50,000 bender that he termed his “rain battles.”

According to Post, seven out of his 13 attempts to make it rain were a success. In the most intense of these attempts, he blasted 24,000 pounds of dynamite into the air and onlookers reported that a refreshing sprinkle did, in fact, follow.

This isn’t the only instance in history where humans have endeavored to make it rain. Consider pluviculturist Charles Hatfield, who mixed together 23 secret chemicals, which he claimed would induce rain, in an attempt to fill San Diego’s Morena Dam reservoir. And rain, it did — the city got so much rain that The Lower Otay Dam eventually broke and the city flooded. More recently, there’s the 2008 Beijing Olympics, where the Chinese sent over 1,000 silver iodide rockets into the air in hopes that any rainfall hiding in the skies would drop before the beginning of the opening ceremony.

Whether humans can actually control the weather is up for debate. History has certainly seen some successes in the realm of making it rain. Skeptics argue that these folks were just extraordinary at predicting the weather, or simply, that they were lucky: that the rain fell by coincidence. But if you’re looking to produce the rainstorm of your dreams, blasting lots of dynamite into the air just might give you better results than a rain dance.