Making It Rain: A Timeline of Weather Control

Human cultures have long asked the skies for rain, but we've gotten scientific about it in the last 200 years. 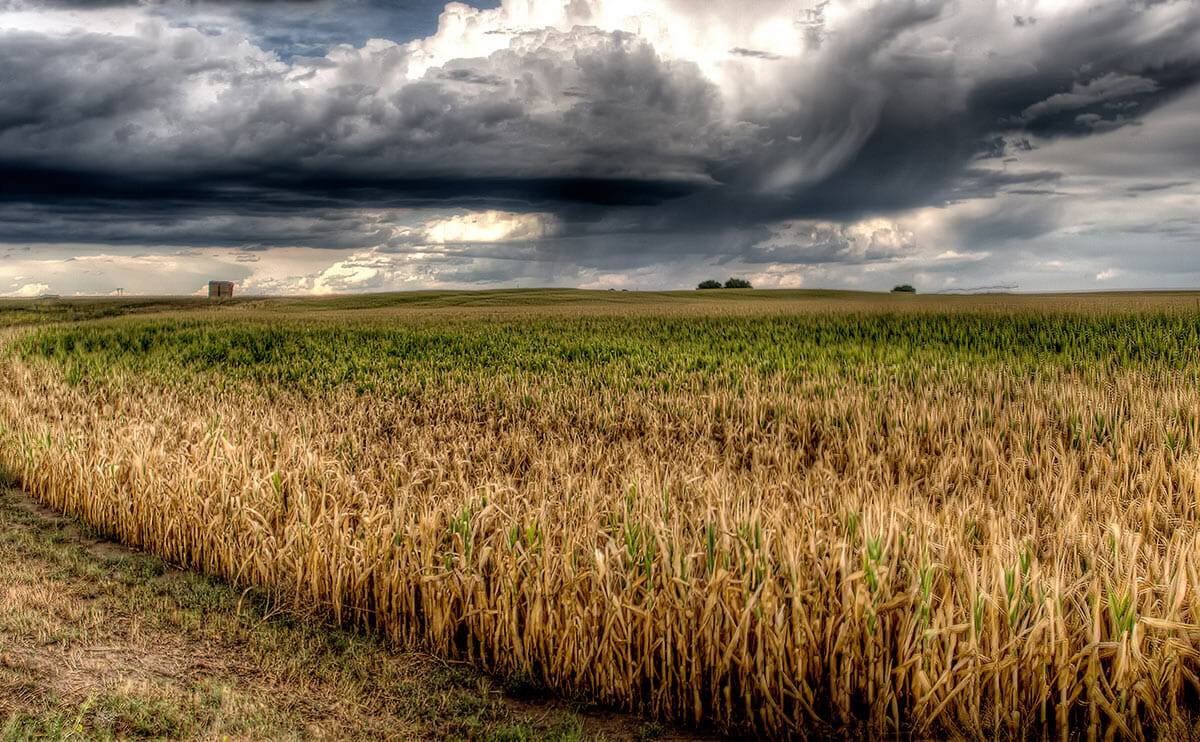 Now, China claims to have produced 250 billion metric tons of artificial rain between 1996 and 2006 and has plans to harvest far more water from the skies. The jury is still out on weather modification here at home, but the science appears convincing enough for a few ski resorts, utilities and farmers. They have turned to companies like North Dakota-based Weather Modification Inc. to help them make it rain or snow. Their slogan? “When most people look up, they see clouds. We see potential.”

Cloud seeding — the technique that makes these efforts possible — isn’t alchemy. In the most crude sense, scientists find a way to get dry ice or silver iodide into the atmosphere (a high mountaintop works, as does a plane, rocket or balloon), wait for the right moment, and boom: You’ve got an estimated 5 to 10 percent increase in precipitation.

Call it hubris, bad politics or a necessary and moderate technology, but many believe that cloud seeding gives us a small say in the weather. Still, getting here wasn’t easy. Here’s a timeline of weather control efforts, from pioneer hucksters to modern scientists.

James Pollard Espy develops the convection theory of storms wherein hot air rises, expands and cools water vapor into rain or snow. He spends decades asking Congress to let him start forest fires along a 600-mile north-south line at 20-mile intervals in the hopes of testing his theory.

While he never gets his chance to play tempest, he does create a storm in Congress. Senator John Crittenden of Kentucky, responding to a petition for funds in 1838, warns that even if Espy’s plan works, “he might enshroud us in continual clouds, and indeed falsify the promise that the Earth should be no more submerged. And if he possesses the power of causing rain, he may also possess the power of withholding it.”

The theory that the “rain follows the plow” draws thousands of farmers west into Kansas, Nebraska and Colorado. Journalist and booster Charles Dana Wilbur writes, “man can persuade the heavens to yield their treasures of dew and rain upon the land he has chosen for his dwelling.”

For a while, the heavens seem persuaded. Kansas, Nebraska and Colorado all see remarkably wet seasons in the 1870s and early 1880s. Citing the new science of climatology, William Gilpin, Colorado’s first governor, uses the theory to draw settlers to his state. Those same pioneers suffer when precipitation returns to typical averages later in the decade.

Of course, those can-do Western pioneers don’t give up when the rain stops. Kansas farmers contact Frank Melbourne — colloquially known as the “Ohio Rain Wizard” — who promises a downpour for the mere cost of $500 dollars (about $12,500 in today’s dollars). He sets to work at the Kansas state fair, mixing rainmaking chemicals in a shed cordoned off by a 20-foot rope perimeter. The little rain he manages disappoints farmers. Melbourne sells the chemicals and designs for his rainmaking machine to local entrepreneurs before he skips town.

Charles Hatfield appears successful at making rain for California ranchers, so in 1915 San Diego contracts him to fill the Morena Dam Reservoir. He and his brother build a tower next to the reservoir and release a mixture of 23 chemicals. Sure enough, the rain comes a few days later. But then it doesn’t stop. Floods destroy bridges, maroon trains and cut phone cables. The Lower Otay Dam breaks on January 27, causing an estimated 20 deaths.

Since Hatfield overdoes it, San Diego refuses to pay his contract.

Prof. Henry G. Houghton of MIT documents the first successful attempt at weather modification. He finds that spraying hygroscopic solution dissipated fog. Not as sexy as making rain, but a start.

With close ties to GE, the post-WWII government wastes no time dropping 180 pounds of dry ice on a hurricane. Just after the seeding, the hurricane changes paths and makes landfall over Savannah, Georgia, resulting in a number of liability lawsuits against the government. Today, meteorologists believe the operation had little effect on the path of the hurricane.

Project Skywater puts cloud seeding to the test of boosting civilian water supplies. Sponsored by the Bureau of Reclamation, the federal agency charged with managing the water supply of the western United States, the project sets up silver iodide stations on mountain tops from Montana to New Mexico. While the Bureau disagrees about the success of the project, there can be little argument against the super-groovy documentary produced about the effort. Dig on those blues guitar and teletype machines.

The U.S. military begins Operation Popeye, a cloud seeding operation over Laos aimed at bogging Vietnamese forces in rain and mud. The project appears to work, increasing the Vietnamese monsoon season by 30-45 days, but the public still doesn’t let Robert Mcnamara have his way with the Southeast Asian weather. Congress halts the operation soon after it comes to public attention.

The National Research Council releases a thorough review of all literature on cloud seeding, claiming there is “no convincing scientific proof of the efficacy of intentional weather modification efforts.”

The lack of scientific proof does not discourage the Chinese, especially in the run up to the Olympic games in Beijing. They launch over 1,000 silver iodide rockets into the sky surrounding the capital to make sure the clouds drop all their rain before they reach the opening ceremony. While that sounds wacky, it’s the standard operating procedure for the Chinese government, who has 39,000 field operators, 7,113 anti-aircraft cannons and 4,991 truck-mounted rocket launchers at the ready to draw rain from the sky.

After decades of promises from salesmen, scientists and pseudo-scientists, the results of the Wyoming Weather Modification Pilot Project will finally confirm the whether or not weather control works. The five-year project off of Wyoming’s Wind River Range has three separate groups assessing data from 200 cloud seeding events, finally nailing down an answer that could help Americans face the threat of climate change, or make cloud seeding companies look like the snake-oil salesmen of the past.