Are donkeys the new goats? 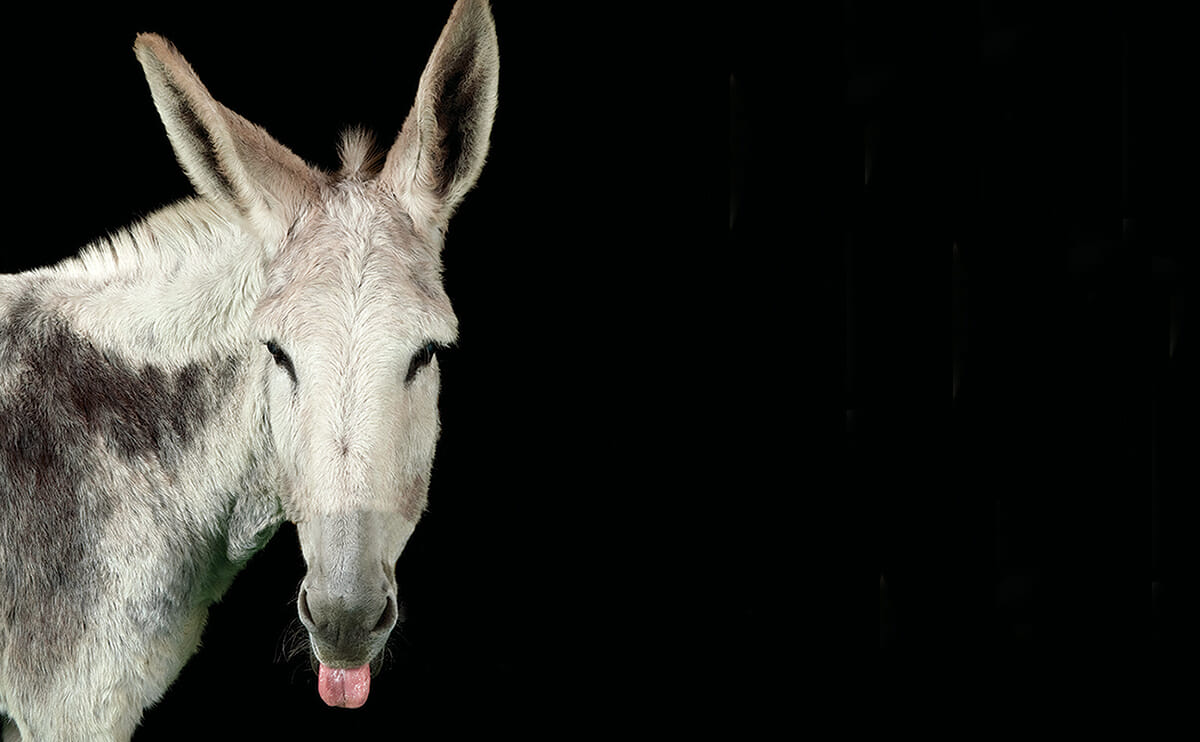 “Donkeys have always been steady and reliable,” says Leah Patton of the American Donkey and Mule Society. “They live longer on less feed and are in general easier to get along with than a horse. And, of course, the ears. It’s all about the ears.”

First, forget the donkey stereotype. Donkeys aren’t stubborn. They’re smart. “A donkey sizes up the situation,” says Patton. “They simply will not put out extra effort if they do not have to.” In other words, to work with a donkey, you must think like a donkey: smarter, not harder.

Second, donkeys are not simply horses with big ears. “They are desert animals and extremely hardy,” says Patton. One piece of farm lore holds that they can get fat on air; the most common problem is over-feeding. Good quality hay or access to pasture will meet most adult donkeys’ dietary needs.

Finally, once you’ve established you have adequate fencing and shelter, it’s time to pick the donkey that’s right for you. American donkeys aren’t segregated into breeds, but types categorized by height (measured at the shoulder). But there are some flashy colors and exotic breeds abroad if you’re willing to do the legwork. 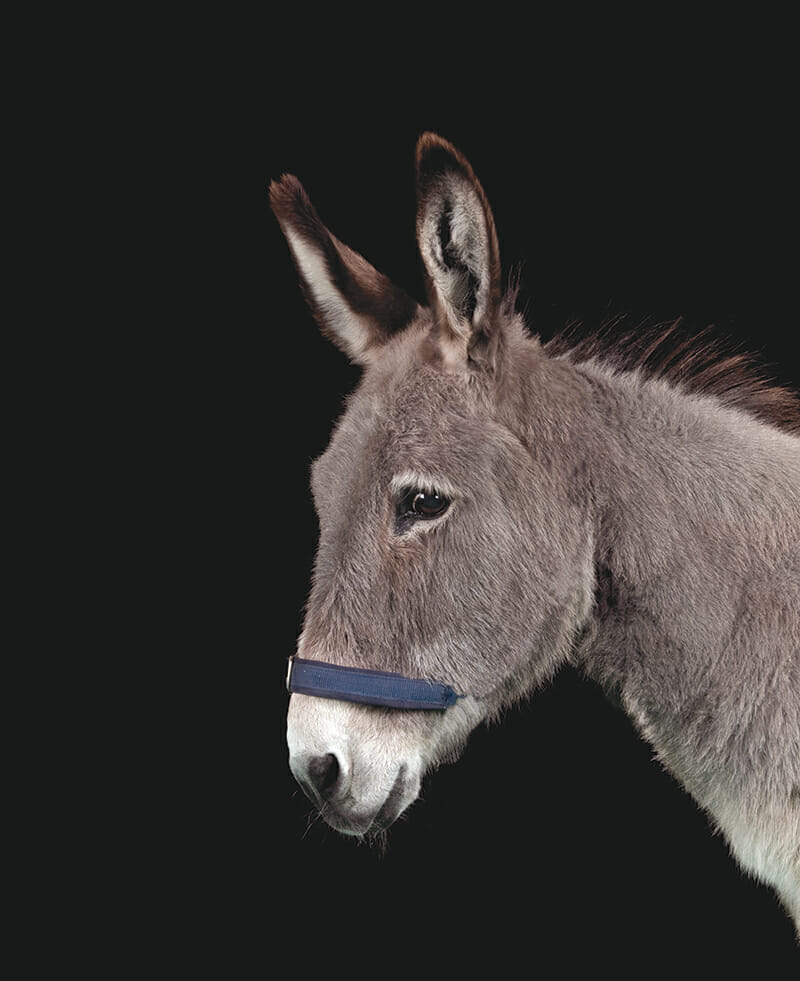 Measuring 36 to 48 inches at the shoulder, the standard donkey is the quintessential donkey – the donkeys’ donkey. Stoic, no-nonsense characters, they do it all: pack animal, companion, flock guard and even babysitter for young stock. Although too short to ride, the standard’s size makes it easily the most versatile of the donkey types. 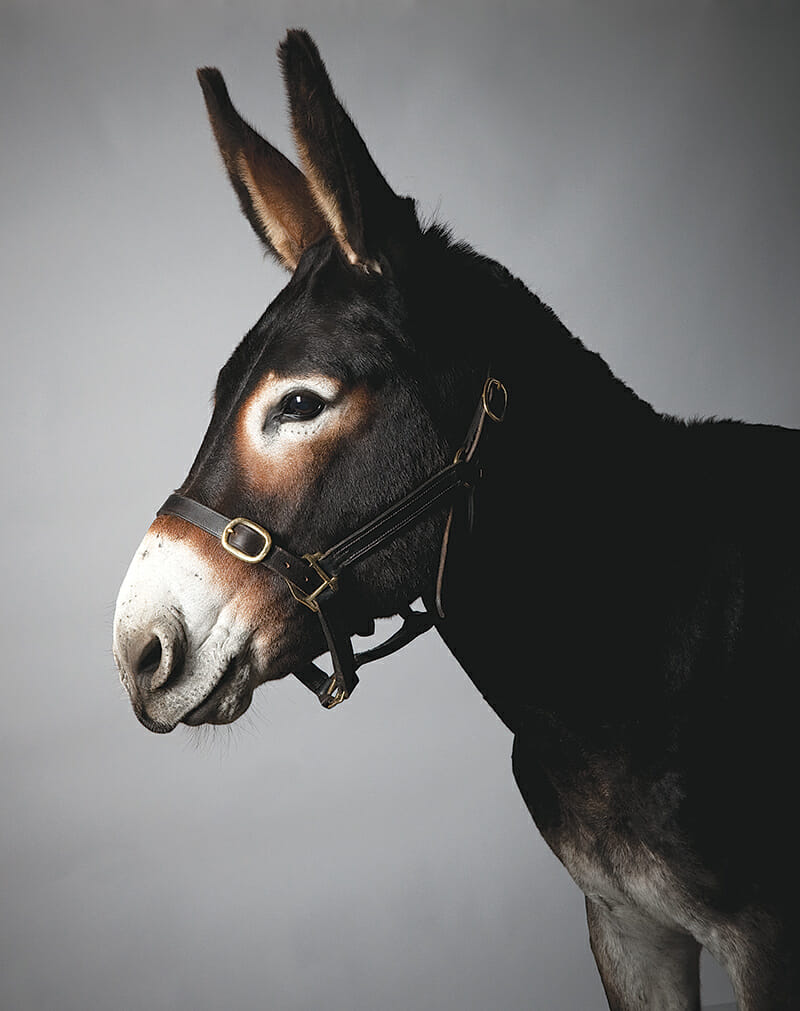 The American Mammoth is the world’s largest donkey, with jacks (males) measuring at least 56 inches and jennets (females) starting at 54 inches. Originally bred to mate with horses (resulting in mules), people started riding them, and darn it, they liked it.

“If you want to ride safely, then a donkey is a wonderful ride,” says Bill Garrett of Garrett Mammoth Jackstock in Stilwell, Oklahoma. “They ride long and let you enjoy the scenery.” Mammoths are less skittish than horses and therefore less likely to bolt at whatever you meet on the trail. 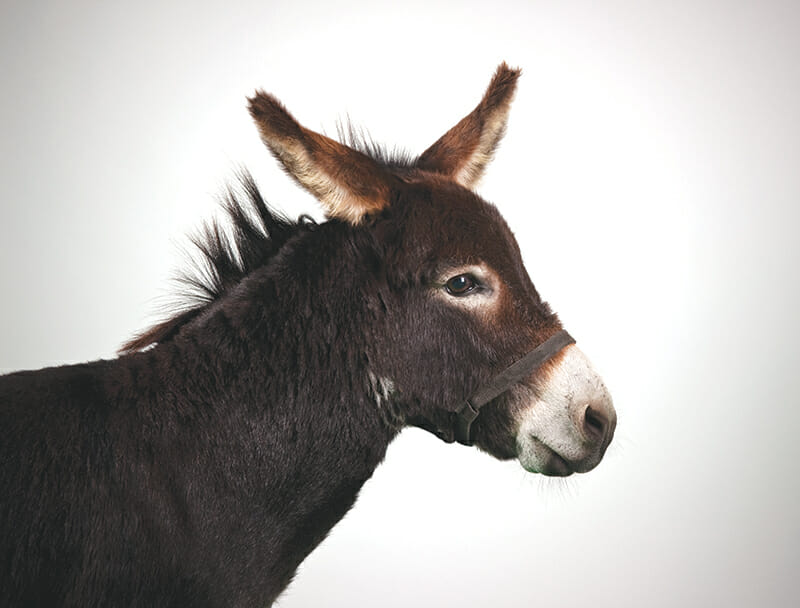 Technically, the mini-donkey is called the Miniature Mediterranean Donkey, as they were originally imported from Italy. These pocket-sized cuties, kept as pets or companions for horses, stand fewer than 36 inches at the shoulders when mature.

“They are laid-back little animals,” says Carole Pivarnik, a mini-donkey breeder in Castleton, Virginia. “They are very peaceful. If they are raised to be social, they are very lovable and friendly. People are just smitten by them. They are so cute, it’s ridiculous.” 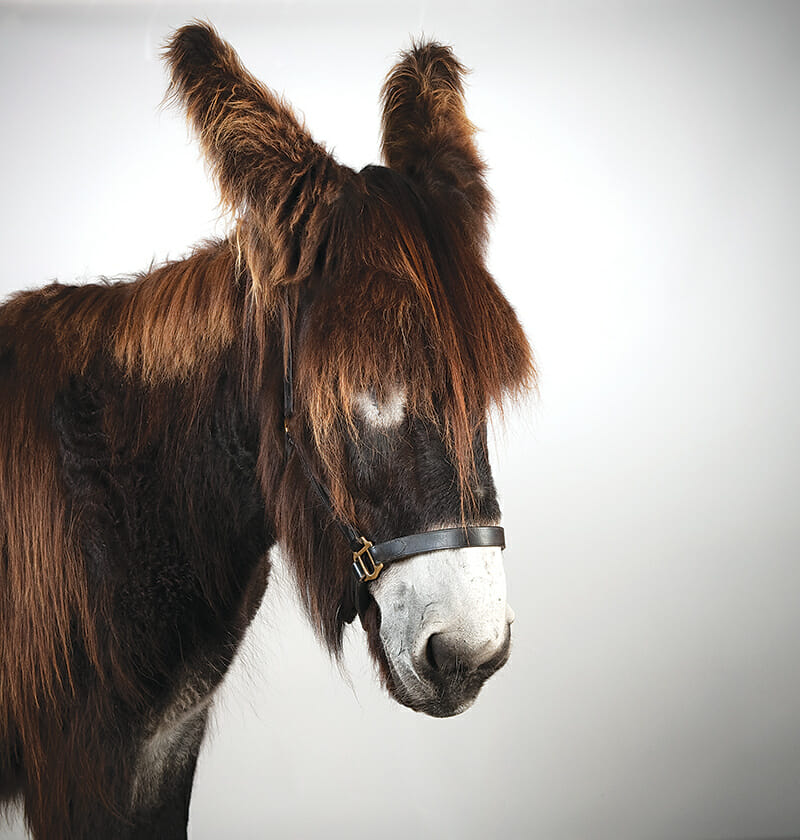 The French Poitou is a breed, not a type. Extremely rare in the U.S., its distinguishing characteristic is its long coat, called a cadenette. “In the summer they molt the undercoat,” says Andrew Swales of Hamerton Donkey Stud in England, one of the few Poitou breeding programs outside of France. “This can become tangled in the outer coat if left unattended.”

There are only a few hundred Poitous worldwide, but take heart: There are small numbers in the U.S., says Swales. You just have to find one. 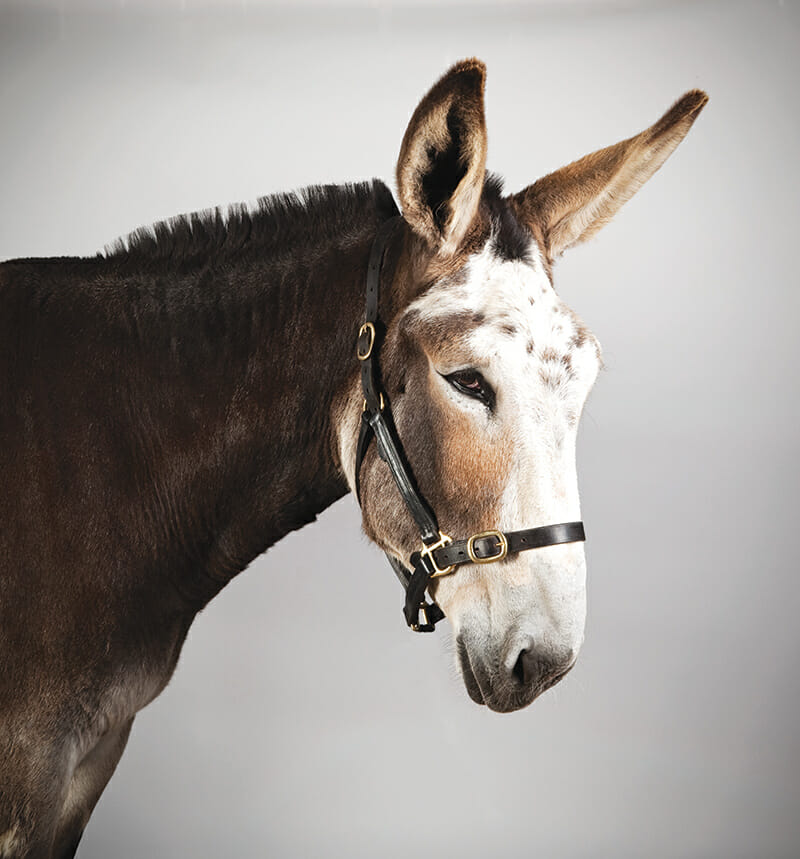 Most donkeys are gray or brown, but genetic mixes occasionally result in the spotted ass. These colorfully mottled animals can be any size, and their flashiness and rarity makes them a novelty some people can’t refuse.

June and Doug Brown have been raising spotted asses for 28 years at their Diamond B Ranch in Texas. June says that, although spotteds are rare, their numbers are increasing. However, a steady supply isn’t guaranteed: “We use spotted jacks and jennets in our breeding program, and you don’t always get 100 percent spotted foals,” she says.

Spoiler alert: A burro is a donkey. However, many people reserve the term for wild donkeys that roam the range out west (a “borrowed” word, burro refers to wild and domesticated donkeys in the Spanish-speaking world). The Bureau of Land Management (BLM) periodically rounds up herds of burros for adoption auctions. For a $125 adoption fee, you can own a piece of the Wild West.

“People will adopt the burros frequently as companion animals for their livestock,” says Sally Spencer of the BLM. Extremely hardy, burros are usually around the size of a standard donkey. If you’re considering adopting, remember this: These longears are fresh off the range and will need training.

Half a donkey deserves a mention, too, right? And much can be said for the mule. Many riders prize a creature with the disposition and hardiness of a donkey but the agility of a horse.

Pivarnik says that mules, like donkeys, have a strong sense of self-preservation – but once they trust you, you can do anything with them. “Mules treat you like an individual. It’s a neat relationship.”

People have encouraged the interspecies naughtiness that leads to these hybrid love children for millennia, and mules exist around the world. However, a hinny – the product of a female donkey and a male horse – is rare; in addition to size issues and chromosomal factors, it turns out that stallions and jennets just aren’t that into each other.