Cowlicks: The Hidden Complexity of a Cow’s Bad Hair Day

The hair whorls on the head of a cow have greater implications than you might expect. 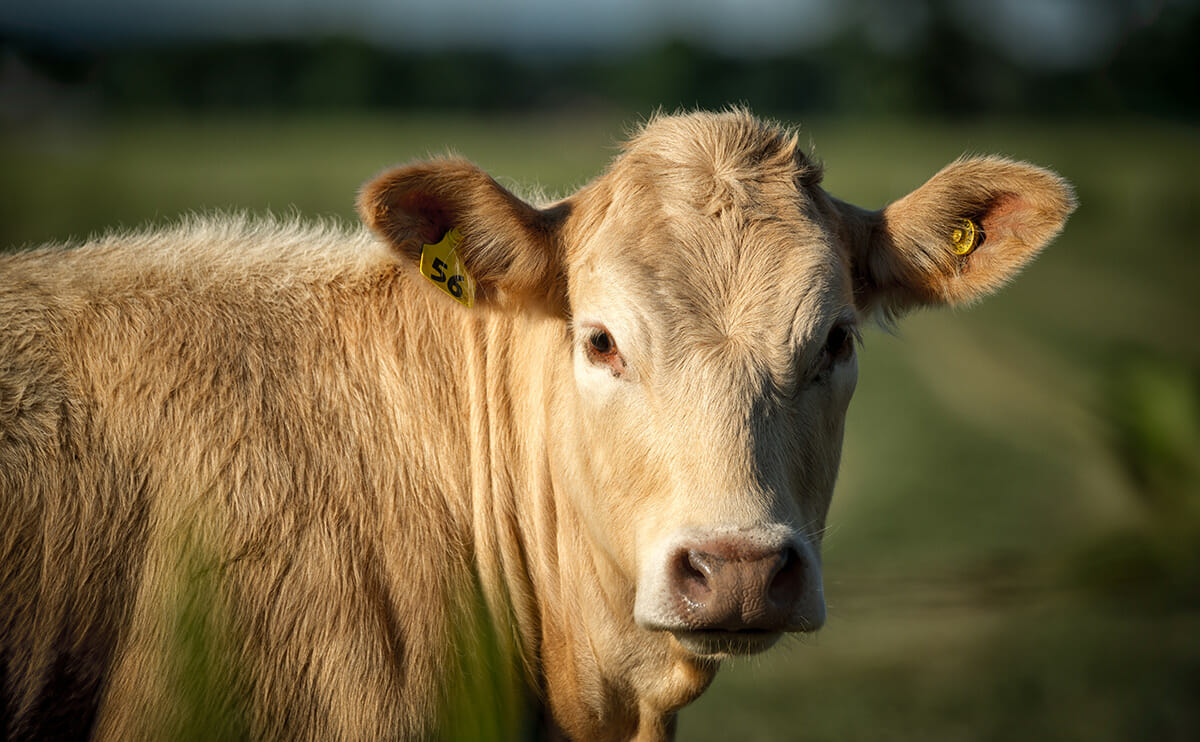 While a bovine couldn’t care less about a hair whorl gone awry, it may be prudent for the farmer to take note. Turns out there is some serious science behind hair whorl behavior and brain development – both in bovines and humans.

Everyone has a hair whorl at the crown of his or her head, although usually less severe than the well-known pop culture cowlick seen on Alfalfa from Our Gang. Cattle and other livestock such as horses have similar whorls but in a more obvious place — usually right between the eyes. And it turns out they may be more than an aesthetic quirk. About two decades ago, animal behaviorists began to notice a connection between crazy hair whorls and crazy animals.

Dr. Temple Grandin, professor of animal science at Colorado State University and author of the best-selling book Animals in Translation, first noticed a connection between the location of a bull’s hair whorl and whether the animal was excitable when handled by humans. Studies showed that location — meaning above, between, or below the eyes — as well as shape of the whorl could be, to some extent, a predictor of excitable behavior in cattle. Grandin showed that whorls above a bull’s eyes — called high whorls –correlated with more excitable temperaments.

About two decades ago, animal behaviorists began to notice a connection between crazy hair whorls and crazy animals.

How, then, are hair growth patterns and temperament related? It all has to do with brain development, says Dr. Amar Klar, head of the Developmental Genetics Section within the National Cancer Institute in Frederick, Maryland.

“Our skin and the nervous system come from the same layer of cells in embryonic development, the ectoderm,” Klar says.

As embryonic cells migrate to form a developing fetus, skin and brain cells are closely intertwined, particularly at the scalp.

A yeast geneticist by training, Klar’s job is to figure out how genes work in cancer development as well as in natural biological development. Although it seems a stretch to go from yeast to cow behavior, it turns out that we’re all pretty much formed the same way by our DNA.

This also explains the concept of body laterality in organisms much more complex than the humble yeast — that is, why some organs such as the heart and the spleen are typically found only on the left side of the body — and brain laterality, or the origin of handedness. It’s all about which cells receive which strands of DNA from a dividing parent cell.

“When we were looking at brain laterality and the location of internal organs, hair whorls also came up,” Klar says. His research has shown that within the human population, the majority is right-handed and demonstrates a clockwise hair whorl.

Livestock seem to mimic this handedness. A study from the University of Limerick in Ireland in 2008 demonstrated that horses with clockwise hair whorls were significantly more likely to move toward the right, or begin a gait with the right-sided hooves – in essence, these horses were right-handed. And the horses with counterclockwise whorls? You guessed it: lefties.

“Hair whorls are really a surrogate for handedness,” Klar says. “They are convenient, they don’t change due to culture and they are easy to see. Since hair whorls originate from ectoderm like the brain, for a geneticist, it is like a fingerprint. And that’s fascinating.”

‘For the last 15 years, people have been really selective for cattle temperament, so you don’t get as much variability in the hair whorls.’

Hair whorls may also indicate how fertile a bull is. Grandin found that Angus bulls with linear whorls as opposed to round whorls had sperm with greater numbers of structural abnormalities that could make them less likely to reproduce.

Whether or not these permanently bad hair days can be used for breeding criteria on a farm is another matter. Outside the ivory tower of academic research do farmers use hair whorls as a selection measure in their herds, either for temperament or reproductive capacity?

“There are some people who have used it,” Grandin says, but the variability in hair whorls in cattle just isn’t there like it used to be. “For the last 15 years, people have been really selective for cattle temperament, so you don’t get as much variability in the hair whorls.”

When Grandin first started her research on this topic, there appeared to be a large amount of variability in the size of cattle hair whorls, with some reaching eight inches in length. Now, Grandin says, there is maybe a variation of only a few inches. You won’t be seeing ranchers with rulers comparing size and location of hair whorls at an auction. For once, the devil is not in the details. Instead, it’s the obviously odd whorls you should be looking for – the weirder the hair whorl, the greater the chance for an excitable, potentially unmanageable animal.

“The thing to avoid is an animal with a whorl that looks like a scribble down its face,” Grandin says. “That’s very abnormal. The main thing when talking about selection is that you want to get rid of the really crazy cattle. The ones that are knocking through fences, the ones that are dangerous.”

Klar says there are possible connections between atypical brain laterality, abnormal hair whorls, and mental health issues such as bipolar disorder and schizophrenia in humans. “These are by-products of developmental biology,” he says, also mentioning that when he starts talking about hair whorls during a lecture, people start feeling around their scalp. Perhaps there’s more to that pesky cowlick than a dollop of hair gel after all — both in the farmer’s case and the cow’s.