An Arborist’s Guide to Vigilante Art in West Oakland 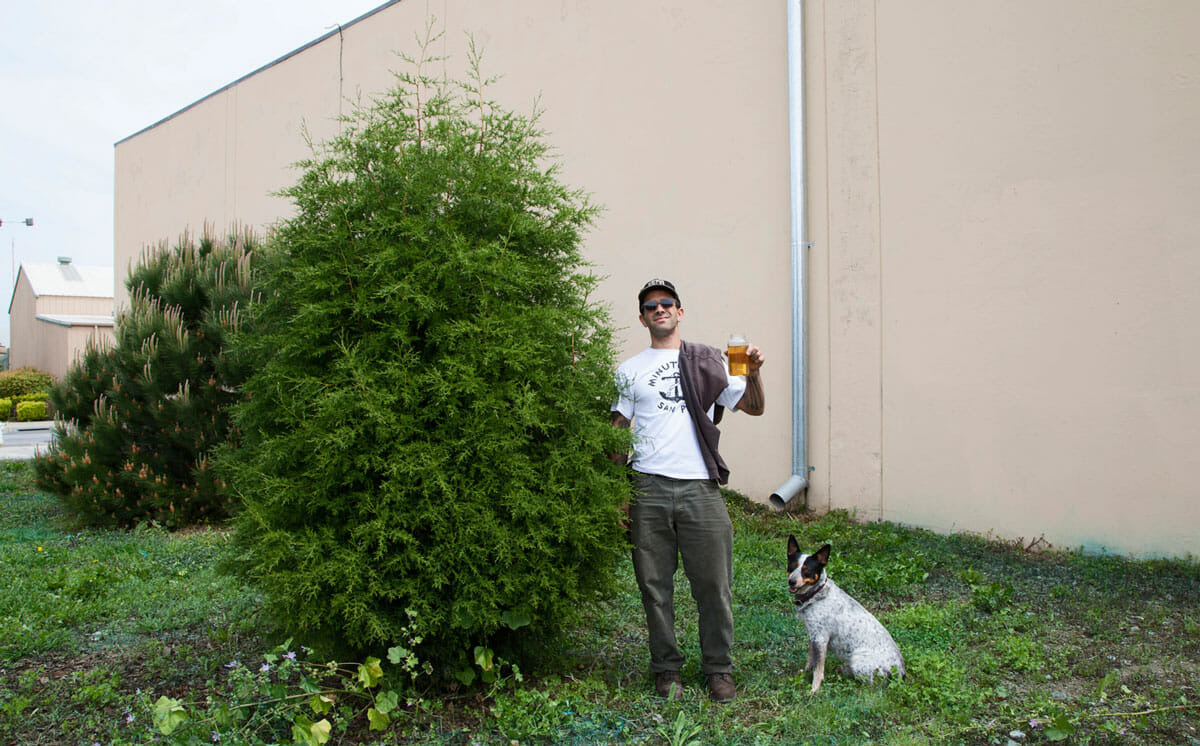 “I don’t really feel like I’m doing anything wrong at all,” he says.

But Joey isn’t arguing the virtues of graffiti; he doesn’t paint illicitly anymore. Instead, he’s scratching his vigilante itch by planting trees across West Oakland, California, as many as 80 per planting season. He puts the seedlings, which he grows from seed in his backyard, in vacant lots, in permissive neighbors’ yards, and along the Mandela Parkway greenbelt.

Joey’s been a voracious planter for the last three years, and his work is reminiscent of other tree scofflaws like the Guerrilla Grafters, a group in nearby San Francisco that grafts fruit tree branches onto the city’s decorative trees, or urban foragers in Oakland who map out neighbors’ fruit trees and then harvest from them on the sly. But Joey’s goal is perhaps more misanthropic than feeding the masses ”“ his trees aren’t fruit-bearing. Instead, he plants trees native to the Bay Area in what seems to be part self-taught gardening lesson, part return to an ancient, unpopulated Oakland.

Joey’s work is reminiscent of other tree scofflaws like the Guerrilla Grafters, a group in nearby San Francisco that grafts fruit tree branches onto the city’s decorative trees.

And while grafting a fruit branch here, picking a neighbor’s lemon there, or planting a small cypress in a public park may seem harmless, Bay Area municipalities are adamant about stopping verdant vigilantes.

“We’re fanatics about our trees,” Oakland Public Works information officer Kristine Shaff says. But the department’s resources are limited. “We have only eight tree staff and a quarter-of-a-million trees.”

According to Joey, the average citizen isn’t too concerned with his planting activities.

The switch from spray cans to seedlings may seem strange, but Joey claims he’s driven by the same obsessive-compulsive urge to manipulate his environment. Trees, it’s easy to see, have become an fixation for Joey: a walk through West Oakland reveals small cypresses by the dozens, sometimes several on the same block. Joey can remember planting them all ”“ what he found in the dirt while digging, the conversation he had with a neighbor while planting ”“ and stoops to yank weeds away from their trunks as he recalls the trees’ origins.

Why the fascination with trees? “I think it’s the humane way to live,” he says. “Whereas a graffiti piece will get buffed or painted over, in a lot of times only a week or two now, trees will sometimes last for decades.”

Just as graffiti carries a message to those who care to examine it, so do Joey’s trees. He goes to extreme lengths to ensure that his trees are native to the region, scouring Google satellite images and herbaria for hints as to the whereabouts of his preferred species. Then he treks out into the wilderness to harvest the seeds. “That’s the really fun part because you’re not on a trail, you’re just looking at your GPS and trying to figure out where the hell you are,” he says with a grin. “That’s the shit I live for.”

Despite his enthusiasm for greening the neighborhood with native plants, Joey’s activities are still frowned upon by the city ”“ and a neighborhood group, The Friends of Mandela Parkway. Oakland’s municipal code requires each tree planted within city limits to first be issued a permit from Public Works. Hopeful planters are supposed to submit specifications about their chosen tree well and about their selected species. Public Works issues an “Official City of Oakland Tree Species List,” from which planters are to choose their species ”“ and cypresses, one of Joey’s preferred species, aren’t on it. The municipal code requires further permitting for tree maintenance, rendering Joey’s occasional weeding and pruning also potentially unlawful.

Public Works issues an “Official City of Oakland Tree Species List,” from which planters are to choose their species ”“ and cypresses, one of Joey’s preferred species, aren’t on it.

“There have been no requests and no permits [for Mandela Parkway],” Shaff says. Joey’s trees are “outside of the longterm plan” for the area, according to Shaff, and so they had to be removed.

As the gentrification accompanying the Bay Area’s latest tech boom creeps into West Oakland, the neighborhood faces more pressure to look presentable to home-buyers ”“ thus, perhaps, the level of tension over tree species. (A long-abandoned warehouse near Joey’s home is being converted into condos; brand-new refrigerators still wrapped in blue plastic glint through the windows while the brick edifice remains flecked with graffiti.) It’s a familiar feeling for Joey: “Your graffiti, this shit you’ve poured your heart and sweat into, gets buffed while the billboard for car insurance 20 feet away gets to stay.”

Unfortunately for Joey and his tree fans, many of his guerrilla plantings may not be long for this world. Ten cypresses on the Parkway have already been felled at the behest of The Friends. “The London plane trees and the European buckeyes will have the reign of Mandela Parkway at the end of the day, I guess,” he says. “I gotta figure out how to deal with that psychologically. I’m gonna be fucking bummed.”