Farm Confessional: I Work for an Animal Welfare Organization and I Eat Meat - Modern Farmer
Lifestyle

Farm Confessional: I Work for an Animal Welfare Organization and I Eat Meat

Catherine Gerson works for World Society for the Protection of Animals -- but she still eats meat. She tells us about her conflicted attitudes towards being a carnivore. 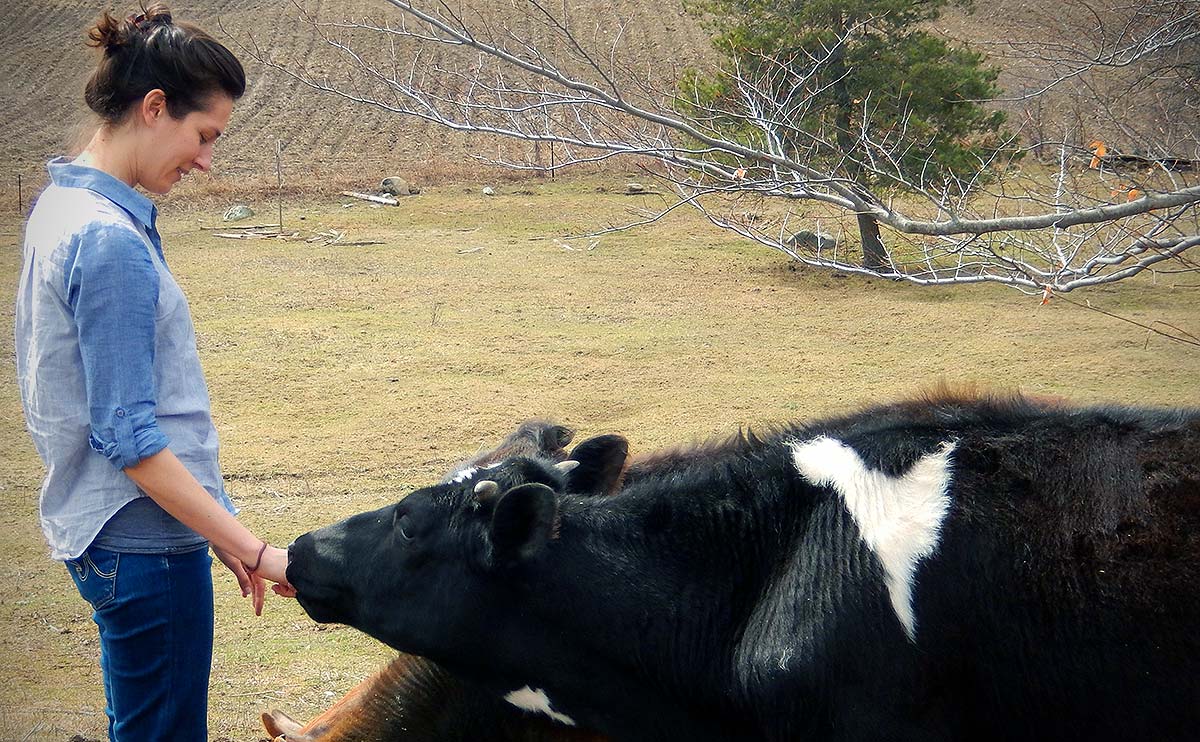 I work for the World Society for the Protection of Animals. We work on a variety of animal welfare issues, including those that pertain to humane and sustainable agriculture issues. Food happens to be something of a personal importance to me, so it’s where I engage the most. The question of eating animals has always come up for me in the context of looking at the quality of the food and what makes a particular product better than others.

Animal welfare questions were coming up on a personal level, and when I started working for WSPA I started to be exposed to not just vegetarian and vegan colleagues, but also deeper questions about eating meat — I was looking every day at video and literature about the horrors of factory farms. I revisit the question all the time, and what comes up for me is definitely a sense of guilt.

Still, at the end of day I am eating the animals that I ‘protect’ and I try to make a better life for.

That’s the context I find myself in. There’s a little bit of guilt there, but I know that by making good choices I can continue to vote with my dollars. Still, at the end of day I am eating the animals that I ‘protect’ and I try to make a better life for.

I experimented with vegetarianism to see why it is I feel like I need to have animal proteins. Is it just because I like the taste? Or because I find some real nutritional value to it? I decided that it was because I enjoyed it and I don’t think it needs to be excluded entirely, so I went in deeper to see how and why I make these choices. I still ask myself the question, if I saw an animal being slaughtered ”“ even slaughtered as humanely as possible — would I still want to eat meat? Or if I was involved in raising and rearing an animal, would I want to then harvest it?

I still ask myself the question, if I saw an animal being slaughtered ”“ even slaughtered humanely as possible — would I still want to eat meat? Or if I was involved in raising and rearing an animal, would I want to then harvest it?

I know it comes down to just pleasure for me, which is a difficult question. Finding pleasure in something that ultimately comes from the pain and suffering of another living thing.

I can rationalize it to a certain point or accept it to a certain point. I understand that consuming a living thing involves death. I know that if I did go too deep into internal debate, the answer would be not to consume them. Period. I just enjoy eating meat. And I need to find that rational point.

I only eat meat when I know how it was raised. I mapped out the network in Toronto, where I live. I know exactly where to get products made with the sustainable and ethical practices I’m looking for. It doesn’t feel like an exercise anymore, it doesn’t feel like a search. I forget that some people still see it as a real exercise, to ask those questions. It’s not strange for me to know exactly what farm my meat came from or who is involved in it.

I don’t eat that much meat at the end of the day. I haven’t had any today for example. I’ve had some cheese. It’s not something I think about anymore. If I’m going to get the perfect primal example of a giant steak I know exactly where to go.

My brother and his wife live in rural Maryland. Their average grocery store is really just an average grocery store. Over Christmas, my husband, a chef, broke down a half pig my brother bought so that he could stock his freezer and never have to go to the grocery store for that. I could see myself doing something to that extent. Traveling three hours to a farm to get an animal to give us enough meat, if we wanted it, and never have to go down those conventional roads.

I know this can be really extreme to people, but once you make that transition it just becomes the norm. That’s what I am trying to emphasize to people: the norm is not a scary place to be for proper animal welfare standards. The norm is whatever you decide, at the end of the day. If vegan is the absolute norm for you, if that’s your normal, awesome. I don’t think I have ever had this conversation with any of my colleagues. I know there are some who definitely eat animals. I was really sort of thrilled by the opportunity to do this with you guys.