A great tomato grown in the heart of the Israeli desert? This was possible thanks to the Salad Trail, a working farm and interactive museum designed to teach visitors about the techniques used to farm a desert. 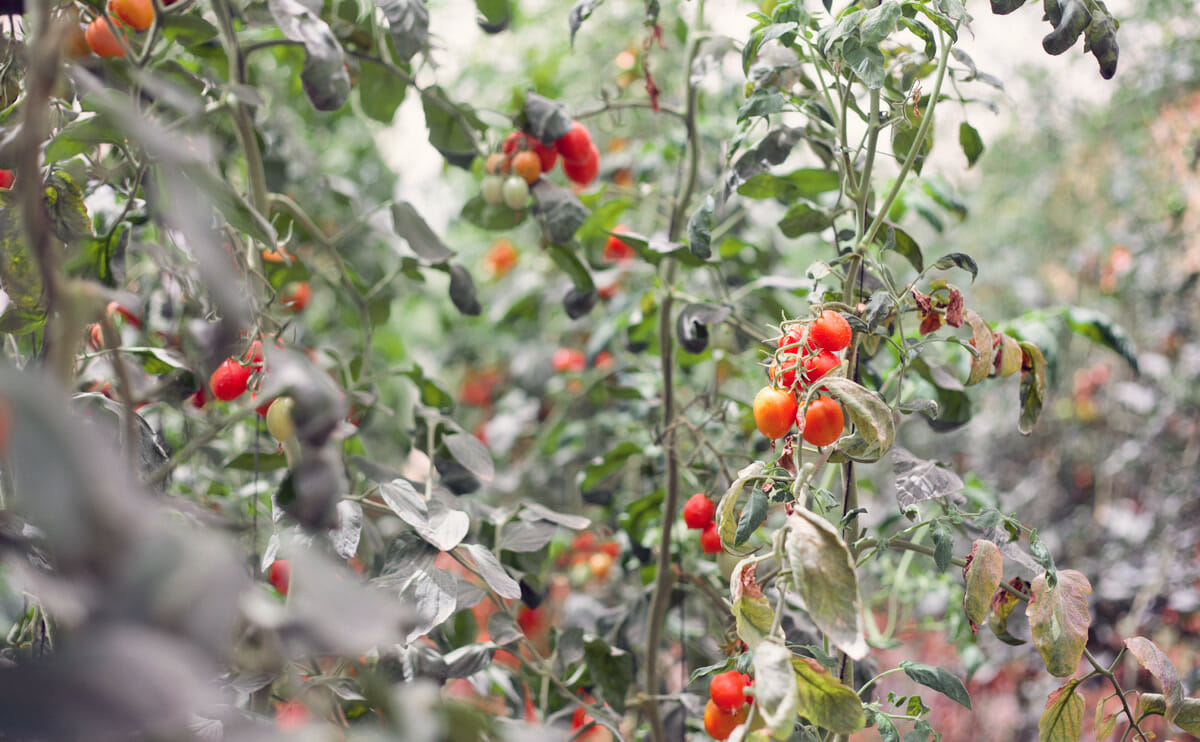 A great tomato from the heart of the desert? All thanks to the Salad Trail, a working farm and interactive museum designed to teach visitors about the techniques used to farm a desert ”“ techniques that have helped Israel become almost entirely agriculturally self-sufficient. And for a population that is expected to grow by 1.3 million over the next 10 years, these techniques are key to survival.

The Salad Trail is a stunning oasis in the middle of the sandy desert, home to a beautiful array of fruits, vegetables, flowers, herbs and even a flock of pigeons. It is the brainchild of agronomist Uri Alon.

“I could not afford to buy a farm, but this was my dream as a child,” says Alon, who grew up outside of Tel Aviv and then studied Agronomy at Hebrew University before receiving 15 acres of land through a government program that encouraged farmers to develop desert land.

‘The land in the center of Israel is very expensive for agriculture. [The population] prefers to build buildings, as it’s more profitable.’

Israel is not alone in encouraging new farmers to grow in the desert. Farming systems have been developed in desert hotspots like Egypt, Australia and southern California, to name a few. To support their rapidly growing population, Israelis have worked hard to successfully farm desert land, setting examples for the rest of the world in developing the technology.

The areas of Israel that are naturally fit for farming are very densely populated, while the Negev makes up more than half of Israel’s land area and is home to less than 10% of Israel’s population. Alon calls the Negev “the end of the world.”

The soil in the Negev lacks nutrients and, as is the case with many deserts, fresh water is scarce. Thankfully, developments such as large-scale desalination and the building of direct pipes and channels from the Sea of Galilee have helped provide farmers with enough water.

Alon’s greenhouses use solar energy to adjust 100-degree Fahrenheit temperatures down to a reasonable 80, or raise temperatures that can sometimes drop to as low as 30. New systems are in place that transport recycled sewage water from Tel Aviv, and locally sourced fertilizer has improved the soil immensely.

The Salad Trail began as a private farm where Alon grew flowers that he shipped to Europe. He later learned how to grow mangoes, grapes, peaches and herbs to export to Europe and the States. As his farm grew, others became interested in his system, so he began to consult with other farmers so that they too could farm the desert. According to Shemer, Negev farmers currently export 350,000 tons of vegetables a year to Europe.

As more and more visitors started coming to Alon’s farm, he decided to turn the entire space into an educational center.

For 10 years now, the Salad Trail has been functioning as a museum all year round that welcomes about 45,000 visitors yearly from all over the world.

One secret to Alon’s success is his focus on experimentation to improve his methods. He takes the time and uses computer systems to develop highly specialized ways of growing each of his crops, and he’s gotten creative with them. His strawberries, for example, grow out of coconut shells imported from India. It was the cheapest bedding for the berries.

Seeds are also imported. Alon grows Egyptian mint, Mexican chili, and carrots from New Zealand to create a truly international experience, while Israeli bumblebees are brought in by the boxful to aid in pollination. “The idea came from Brazil, but we found [the Israeli bees] to be much better than the Brazilian bees,” he says.

Helping out with duties are Alon’s wife, who manages the kitchen for visitors, two other farmers and 15 guides who lead tour groups throughout the greenhouses.

In the future, Alon plans to continue experimenting and educating. A large majority of Israel’s food comes from within the country, but as their population grows, it is important to maintain sustainable farming. “With a lot of hard work we changed the desert to flowers,” said Alon, “We have so many challenges that the desert gives us but in our way we can manage it and grow the best products in the world.”

Thank you for the free newsletter. We hope to learn from you since we are running a training center and we will include farming in our curriculum in the future.