We talk with Lambchop's Kurt Wagner about how his band came up with the name, his mother's love of sheep, and his love of the farming life. 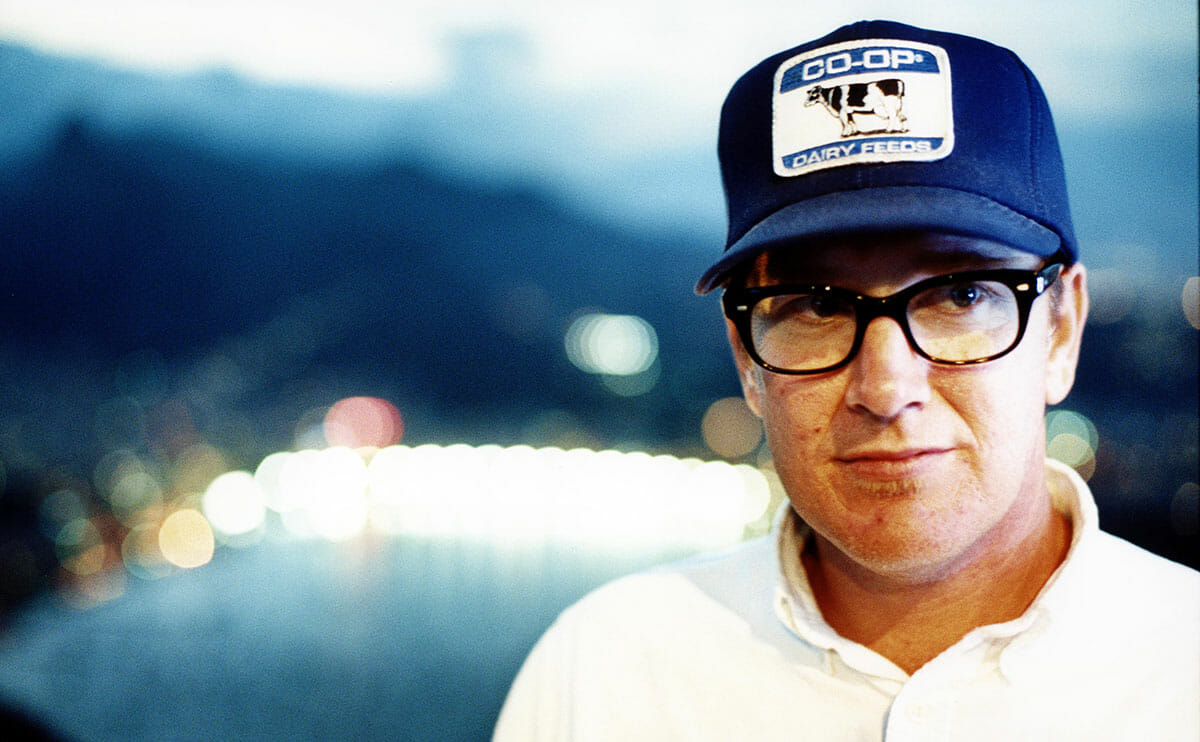 Modern Farmer: How many times, ballpark, would you say you’ve gotten interview requests from a farming magazine?

Kurt Wagner: This would be the first. Which is awesome.

MF: So, we’re doing this thing on the site called Sheep Week, and so naturally we wanted to talk to the guy behind Lambchop. Before you guys settled on the name Lambchop, you went through a couple of different names, right?

MF: I mean, if you’re up for going through that.

KW: No, no, I’ve just got to dig back and try to remember. Well, let’s see. We started out as a group called Posterchild. And that lasted quite a while until we made records and released them, and there was another group called Poster Children who were on a big label, and we had just put out a 7″ single. And somehow their lawyer heard of it — he must have been bored that day or whatever — and contacted us and told us to cease and desist with that name. I sorta screwed up — I thought they were two different words, but that wasn’t good enough.

So then I considered naming the band “REN”, which was the difference between Posterchild and Poster Children, but then that was kinda close to another band called “R.E.M,” so that was a problem. Then we were kinda just slopping around. We thought about titles like “Pinnacles of Cream” and “Turd Goes Back,” none of which seemed very appropriate.

The last thing we ever wanted to do was concoct a band name. But, by chance, we were all working construction, and we were coming back from lunch to the job site. And band member Marc Trovillion, he had a tendency to read the paper and shout things out loud. And he shouted this word, “Lambchop!” And it seemed to stick. I tried it out on different people and everyone seemed to — I don’t know, it just seemed like nobody would want to call their band Lambchop, so we wouldn’t have to change it.

MF: Were you worried about Shari Lewis coming after you at some point?

KW: [laughs] I guess for a while, but it hadn’t occurred to me that that would be a problem as well.

People — particularly my future wife, when she said Lambchop her face would end in sort of a smile, and not on a downcast ending. And I thought that was nice.

It just seemed innocent and dumb enough, and in this world it seems like those are the kind of names that stick around, and it has. Also my grandfather was a butcher, so it didn’t seem that far-fetched or impersonal.

MF: So was it about the cut of meat or the animal or just the sound of the word?

KW: I just like the sound of it, and that it was inane enough that nobody else would call their band that, and that was good enough for me at the time.

MF: So you’ve had over two plus decades doing this with the name Lambchop. As you’ve done this, is there something about sheep you’ve found inspiring as you’ve spent so much time under that name?

KW: Well, you know, interestingly enough, my mother was fairly fond of sheep. Growing up, she would have little sheep toys. There was something about that connection, at the time, with sheep and sheep farming in England. When we lived there as a kid, we would go there to the dog trials where they’d herd the sheep. So it was kinda part of my growing up. The sheep thing was always around there in my house somewhere. I had experienced sheep at country fairs, but honestly — I had never really made the connection between the word “lambchop” and it’s probably just as well. Because I do enjoy it as a meal, and my mother would always cook ’em around the holidays. So I grew up with that as a thing, but I never really associated it with the the actual animal. It was more the word, I think.

MF: When you play live, you wear a farmer or kinda trucker’s hat. Is there some significance behind that for you?

KW: Well, it was definitely a farmer’s hat, which I always distinguish between a trucker’s hat.

MF: How do you distinguish between a trucker and farmer hat?

KW: It’s just stylistically different, I think. The farmer’s hat bill is not as as pronounced, it has a higher crown, it’s more blocky. It’s less cool. Honestly, I started wearing them when I was losing my hair at an alarmingly rapid rate and working construction, and I needed something something to protect my head. And it just became something I wore all the time, more as an accessory to work as opposed to a fashion statement or anything.

It was sort of odd that all of the sudden, after I’d been wearing this hat for years, it suddenly became a fashion accessory. But I rode it out [laughs] and now I think it’s safe to say that anyone can wear that hat.

MF: You live in Nashville, still?

MF: What’s your relationship to agriculture and farming now?

KW: Well, now my relationship isn’t as close. There was a time when I was growing up in Nashville, there were still pockets of rural areas within the city itself. So I would walk to school there would be an area that would still have cows grazing within the city. All that’s changed now.

And then when I was going to art school, my closest friend, his father was a farmer in west Tennessee in Dyer County, and he was a farmer himself. So over the course of eight or ten years, I got to spend some time with them and really got to understand more about farming and what all that entails and really grew to appreciate it in a more tactile way.

I would go spend time on the farm, spend time with his family, and drive around in the country and see where they did and all of that. They were soy bean farmers, but they had chickens and other animals. That was a real eye-opener for me, and it was an experience that changed how I perceived that life. I almost wish more people had the opportunity to spend time with farmers and the kind of lives they live. It’s really quite beautiful and important, I think.

MF: Beautiful. I think I got everything I need here. That’s a nice little kicker.