Surprising most political observers, the House farm bill went down in flames by a vote of 234-195 today. Congressman Earl Blumenauer, a Democrat from Oregon’s 3rd district, had a few minutes between voting for the bill and catching a flight back home for the weekend to talk with Modern Farmer about why the bill was […] 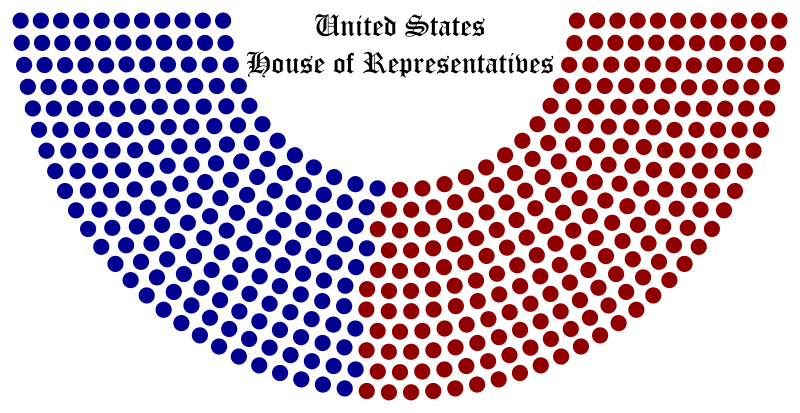 Surprising most political observers, the House farm bill went down in flames by a vote of 234-195 today. Congressman Earl Blumenauer, a Democrat from Oregon’s 3rd district, had a few minutes between voting for the bill and catching a flight back home for the weekend to talk with Modern Farmer about why the bill was defeated and its uncertain future.

Modern Farmer: You’re among 234 representatives who voted to defeat the farm bill. What were your main reasons for opposing the passage of this bill?

EB: Well, three things. One, it targeted the most vulnerable, food insecure people, inappropriately. It refused to reduce lavish subsidies for people who needed it least. Just this week, there were articles about abuse in the crop insurance program. No efforts to reform, refine and redirect crop insurance and conservation, which is, I think, a big mistake. And last but not least it continued some really grotesque practices, like the sugar subsidy, and actually direct payments to cotton interests. It wasn’t worthy of support.

MF: Between the proposed the SNAP cuts and the increased crop insurance, what was the chief deterrent for those who voted against the bill?

EB: It’s very hard for me to generalize – I don’t think I would even try. This is a kaleidoscope of issues. For me, either the lack of reform on the basics, or the cuts to nutrition would have been enough to vote it down. There are others who are less concerned about some of the performance adjustments, to make, for example, conservation work better. And they were just flat out concerned that it was very expensive and that it continued these programs out of the past. There were, I’m sure, dozens of items that figured into the decisions of the 234 people who voted no.

MF: How would you explain the difference between the Senate’s and House’s proposed cuts to the SNAP program?

EB: It’s just a matter of degree. The Senate made modest cuts. I still don’t personally feel that they were just justified. But the House took $4 billion and managed to get rid of $20 billion, which is much deeper and even less supportable.

MF: Why do you think so many Republicans crossed the aisle to oppose the passage of this bill?

EB: It will be up to the Republican leadership to figure out how to put Humpty Dumpty back together because there was a very strong Republican vote for even deeper SNAP cuts. Any movement for more slashing of our nutrition programs is probably going to harden and enhance Democratic opposition. That’s why I think it was such a mistake not to work harder with committee leadership and with Republican leadership on the reform elements. Greater reform of the farm bill would have helped hold costs down and they would have strengthened support.

‘It couldn’t pass in the last congress because they couldn’t reconcile those differences. Now, if anything, the differences are deeper.’

And those efforts were virtually all bipartisan: the work I did on conservation, the proposals to do some very modest sugar reform, crop insurance reform. There was bipartisan interest in those.

It’s very interesting: John Boehner has never voted for a farm bill. Never. So he’s holding his nose and voting for it for the first time. And bringing people like him along still wasn’t enough.

So the stage is set for some interesting discussion and this was one of the reasons why the House bill never came for a vote last year. It couldn’t pass in the last congress because they couldn’t reconcile those difference. Now, if anything, the differences are deeper.

MF: Why do you suspect that John Boehner voted this time around?

EB: Because he is under lots of pressure to pass a farm bill and he was trying to provide some cohesion. I think he felt that was a function he needed to do as Speaker – it was the first time he was voting as Speaker. So he felt some responsibility to get something through the House.

The big question now is how that changes the calculus. I think regardless of what happens, how many arms are twisted over the weekend trying to get something through the House, it does strengthen the reform arguments and it strengthens the hand of the Senate to pull the bill in their direction. Most of us feel that although the Senate bill is not a great bill, it’s certainly better than the House’s. It will be fascinating to see how this plays out.