This Tractor Drives Itself

If everything works out, self-driving tractors will be rolling off the assembly line by September. 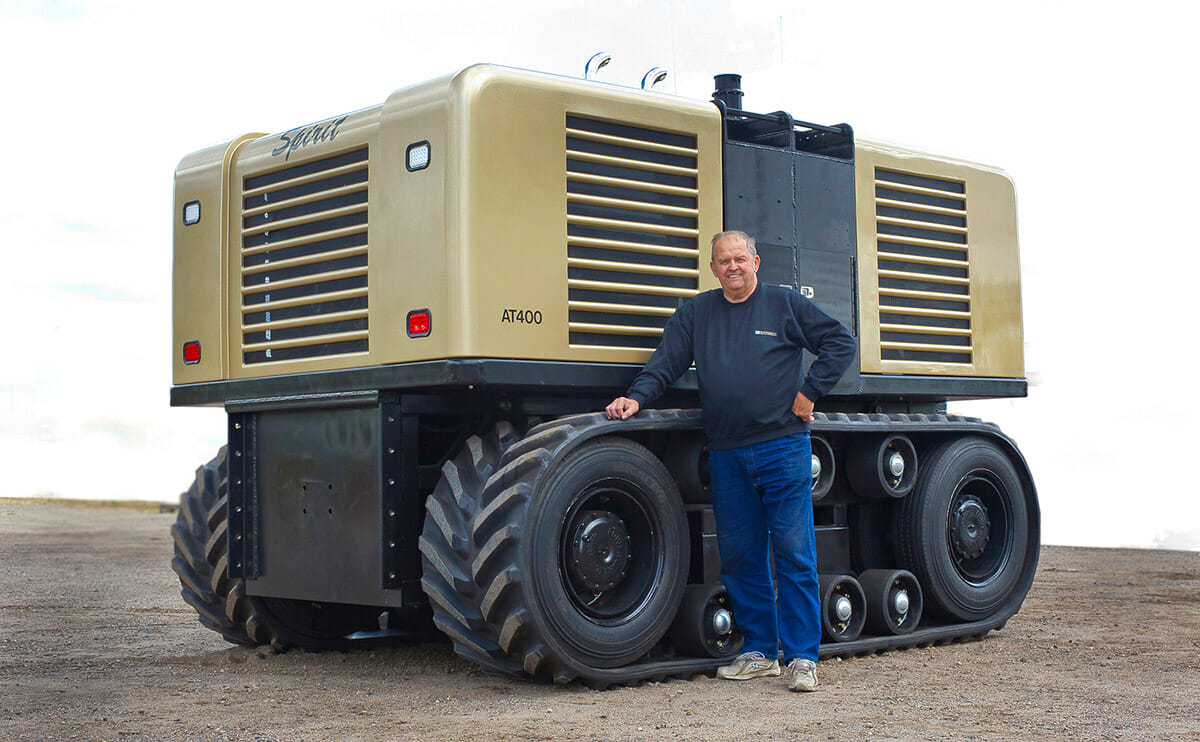 Meet Terry Anderson, founder of the Autonomous Tractor Company. That’s his stock reply if you ask about doubters, disbelievers, or critics. He invented a self-driving tractor, and he’s taking no guff.

Anderson’s an automation man; his resume is thick with robots. You can find his handiwork in the lumber, automotive, and materials handling industries, dating back to the ’70s. But the Spirit”“working name for the self-driving tractor”“is his first shot at a fully automated vehicle.

Anderson is one of 46 researchers with the Automation Research Group, a global think tank. Some time back, they realized one-fourth of their members had ag backgrounds (Anderson grew up on a Minnesota grain farm). 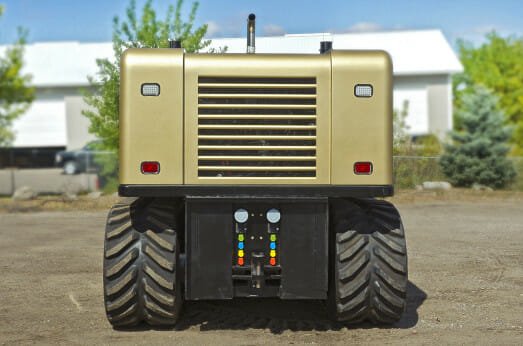 They started working on what they saw as a clunky, outmoded piece of farm machinery”“the basic tractor. But instead of adding new technology to an existing model (Kinze Manufacturing unveiled a system like this in 2011), they built the Spirit from soup to nuts.

The Spirit was finally unveiled at a farm machinery show in Fargo last fall. It’s a boxy beast, gold and square and running on tracks.

But from Anderson’s telling, people were mesmerized, like catching their first glimpse of a flying car. Lines at the ATC booth were dozens-deep, and people stayed to ask questions every night after the show closed.

Unlike the Google Car, the Spirit doesn’t use GPS technology. Solar flares and other signal disruptions create too much danger potential, according to Anderson.

“You don’t want this thing plowing into Grandma’s house, do you?”

The Spirit works with ground-based transponders, set up around the perimeter of your farmland. If the transponders sense the tractor is mere inches off track, the vehicle shuts down.

The tractor is also equipped with radar. If it senses, say, a tree stump, or a fox scampering across its path, it shuts down.

And when you first bring your Spirit into the field, you lead it around the perimeter so it knows exactly where to go (Anderson compares the process to giving your new farmhand a property tour.) If the tractor later strays from that zone, it will shut down.

The Spirit is kitted out with enough safety mechanisms that Anderson says you could leave it running while you left town”“without an ounce of fear. 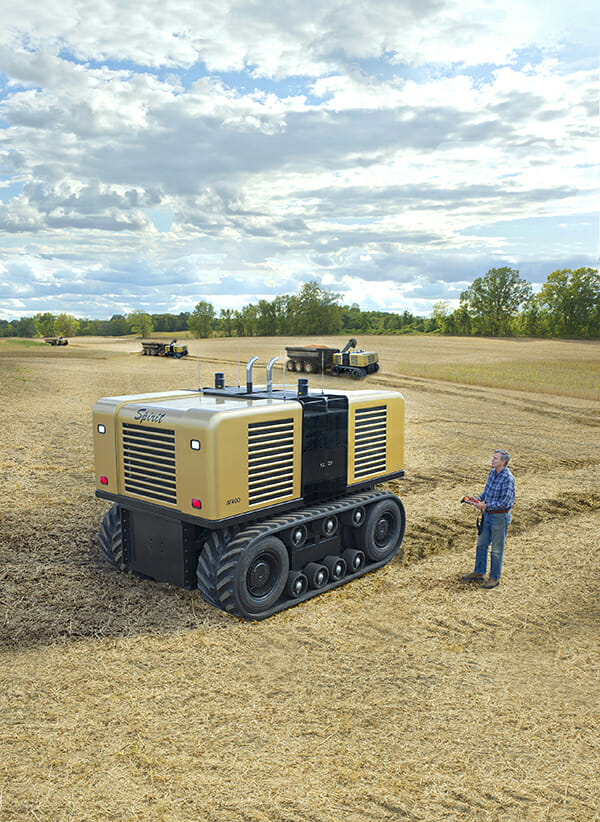 “You don’t want this thing plowing into Grandma’s house, do you?” he quips.

Other features include weight-bearing rubber tracks to allay soil compression, a 525-gallon fuel tank that can keep it running for 36 hours, and twin 4-cylinder, 202-hp engines.

Now you’ve heard the pitch. Sound like something you want to buy? Tough break: there’s only two Spirits, and they aren’t for sale.

Anderson and his colleagues”“many of them over 70 years old”“made the original prototypes by hand. It’s not an efficient production model.

The Autonomous Tractor Company hopes to get an assembly line running by September, but there’s a little snag: capital.

So far, ATC hasn’t been able to rustle up investors, to Anderson’s bafflement. “What irritates us is that all these farm people love what we’ve done, but no one wants to invest in the company,” he said. No money, no factory.

Anderson notes that the Spirit’s underlying technology could easily be applied to mining or groundskeeping vehicles. The implication being: if the ag industry won’t bite, maybe another industry will.

Never fret; Anderson is still very committed to farming. The technology was created around a tractor model, and a few skittish investors won’t derail the Spirit.