Down on the Gelato Farm - Modern Farmer
Food & Drink

Down on the Gelato Farm 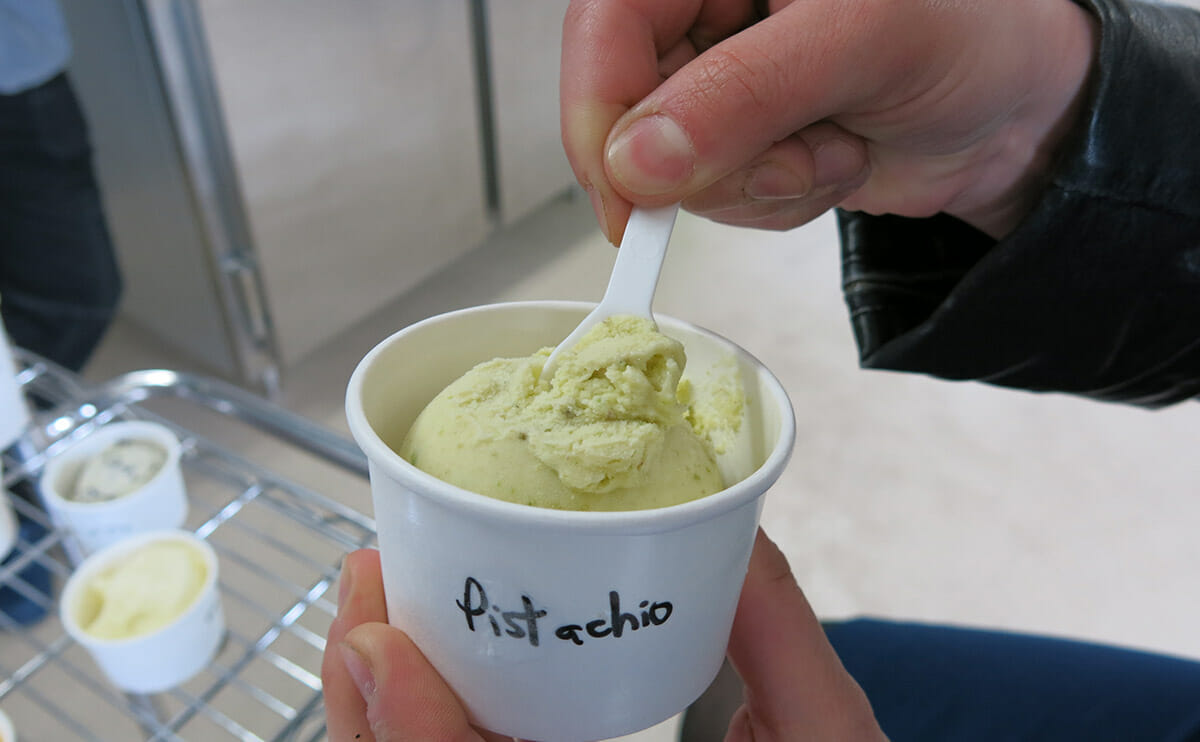 A hopeful young couple leases a plot on an established farmer’s property. They’re at an early phase of their careers, not ready to own their own land. So they forge a partnership with their farmer/landlord for the mutual benefit of all.

But here’s the twist: in this case, the homesteaders are classically trained chefs (not farmers) and they’re harvesting gelato (not alfalfa).

Jennifer Ko and Alex Saneski met at the French Culinary Institute in Manhattan, 3,000 physical miles (and millions of symbolic ones) from the gentle hills of Petaluma, Calif. After clocking some experience at the legendary il laboratorio del gelato and other gelaterias, the couple started cooking up some West Coast dreams. 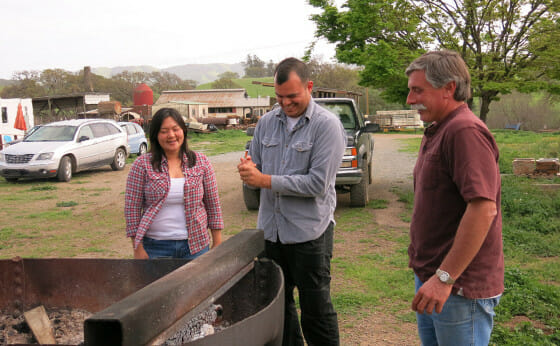 Like many chefs, Ko and Saneski were seduced by California’s gentle climes, and the access to amazing year-round produce. Citrus and figs and persimmons, oh my. They also wanted to partner directly with a Jersey dairy farm, obtaining their main ingredient straight from the source.

“My mother asks, ‘Why don’t you just buy ice cream mix…and save all the work?’” says Saneksi. “I tell her that real Italians would sniff their nose at gelato like that!”

Saneski says many of his colleagues obtain pre-sweetened ice cream base from larger dairies. The mix has cream, milk, sugar, and sometimes egg yolks, in a pre-determined ratio. Ko and Saneksi wanted more control.

They felt like a butterfat content of 14-16% was too high, leading the fat to overshadow quality ingredients. “I know, Americans like their fat,” said Saneski. “But it drowns out the flavors we want to showcase.”

They first started hunting for dairy producers in Ko’s home territory, Southern California. But they soon found they didn’t like the air quality or the enormity of the local farms. So they “followed the dairy” north, eventually finding a perfect farm one hour outside San Francisco.

John Taverna owns a 470-acre organic farm in Petaluma, supplying dairy to Organic Valley as well as the legendary cheese-maker, Cowgirl Creamery. But in 2009, Taverna said he was struggling to sell all his product. “During the recession, people were cutting corners at the supermarket,” he said. “Consumers that once may have bought organic were going with conventional to save a little money.” 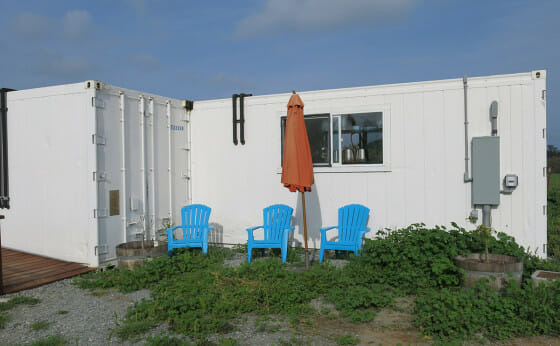 So when Ko and Saneski approached him, looking to create a gelato-farm partnership, Taverna was thrilled. Their philosophies aligned, and he soon negotiated a novel arrangement.

Cremeux ex Machina was formed, a gelato production facility built within mooing distance of Taverna’s milking barn. It’s a modest little site, housed in one and a half cargo containers (the other half went to a nearby cheese-maker). 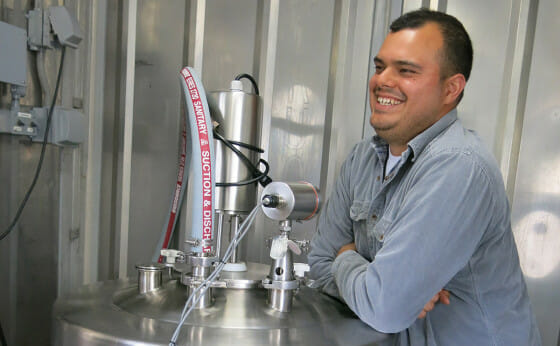 But inside their tiny containers, Ko and Saneski are quietly crafting a new kind of company. Instead of using someone else’s ice cream base, they procure raw milk directly from Taverna’s Jersey cows. At around 5.5% fat, Jerseys produce a naturally fatty milk that’s perfect for Cremeux ex Machina’s subtle creations. “We really don’t have to add cream at all,” said Saneski.

Unique amongst most of their colleagues, the couple pasteurizes all the milk themselves. It’s hard to imagine access to a fresher gelato base.

“My mother asks, ‘Why don’t you just buy ice cream mix from a dairy and save all the work?’” says Saneksi. “I tell her that real Italians would sniff their nose at gelato like that!” 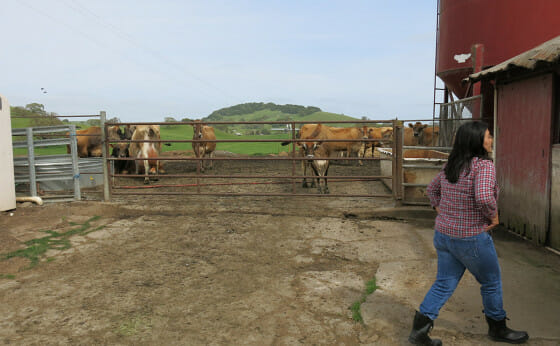 Ko heads to the barn

Their carbon footprint is negligible, their product is fresh, and their ice cream base is self-made, but there’s a side bonus to Cremeux ex Machina’s operation: the pastoral life.

Saneski grew up in New Jersey with limited farm access, while Ko never spent time on a farm. Now they are there every day, hanging out with Taverna’s five chummy farm dogs, learning the idiosyncrasies of 150 cows, even getting to witness a few live cow births.

For Ko, spending every day on a farm has given her a sense of previously unknown peace. “It’s so soothing out here,” she said. “I’ll find myself in the middle of doing dishes, just mesmerized, staring out at the pasture and the ducks in the pond, and I’ll be like, ‘Wake up Jenny, there’s work to do!’”