The Farm That Grows Luffas

For more than 20 years, Deanne Coon has grown natural sponges—and not the kind from the sea. 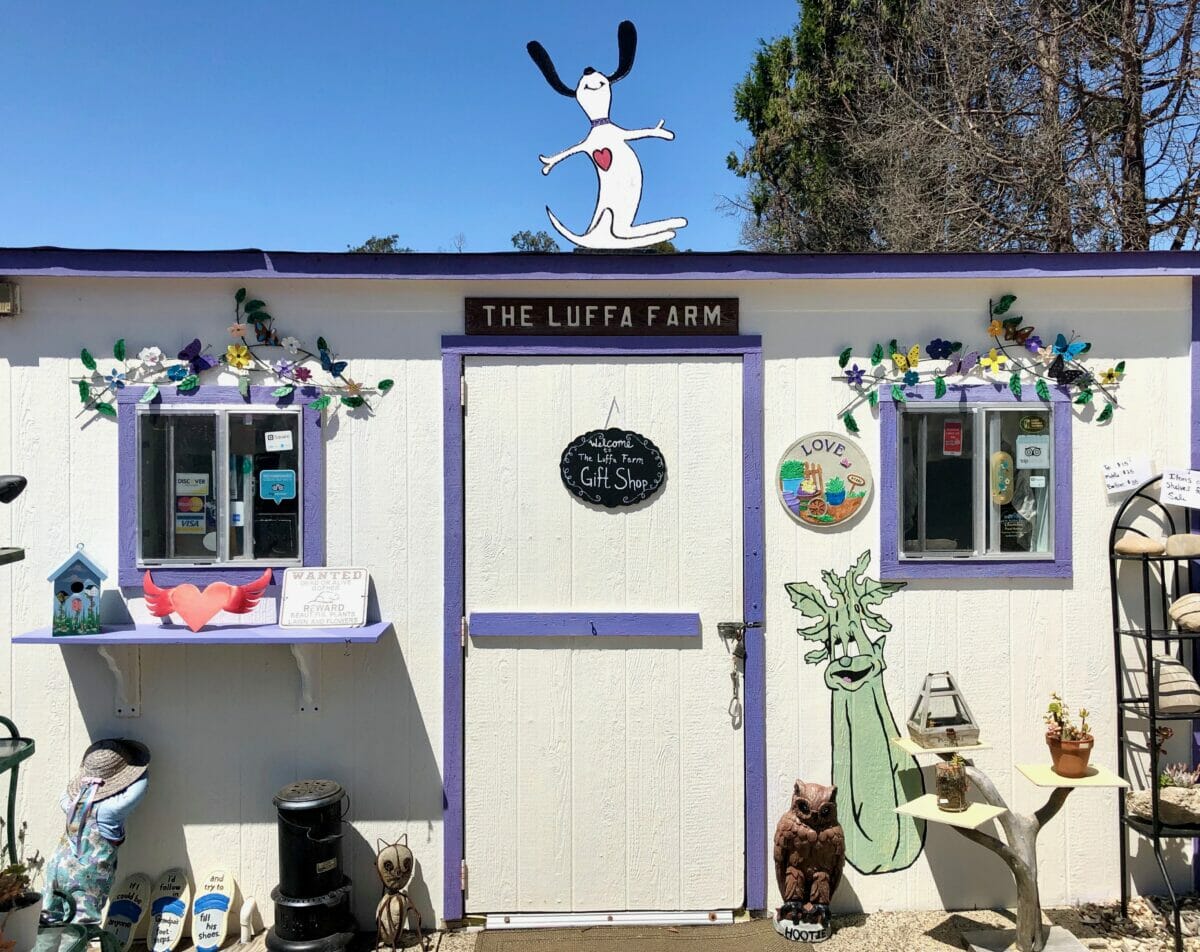 Deanne Coon’s career started with a couple of mystery seeds.

The then-hobby farmer, growing on the Central Coast of California, planted the seeds with a friend, curious to see what they would bloom into. After they sprouted into a squash of sorts that neither could identify, the two decided to give up on the plant and left it to die. Or so they thought.

But when the green gourd dried up, Coon realized just what they had grown. A luffa.

The happy accident blossomed first into a prolific hobby farm, focused on luffas in small-town Nipomo, California—which Coon officially started in 2000. Then, the farm evolved into a tiny operation, growing just enough to supply luffas to a few local spas and small businesses.

Soon, curious neighbors inquired about what they were growing, and Coon started fielding requests to visit the farm.

“Word got out around town,” says Brooklynn Gamble, the supervisor at the farm. And just how common people’s misconceptions about how luffas are cultivated became abundantly clear.

“People started showing up whether she was open to the public or not, wanting to make appointments to follow her over to the ocean, to go scuba diving or go fish [luffas] out of the water with a net,” says Gamble. “They wanted to see how they were going to be harvested.” 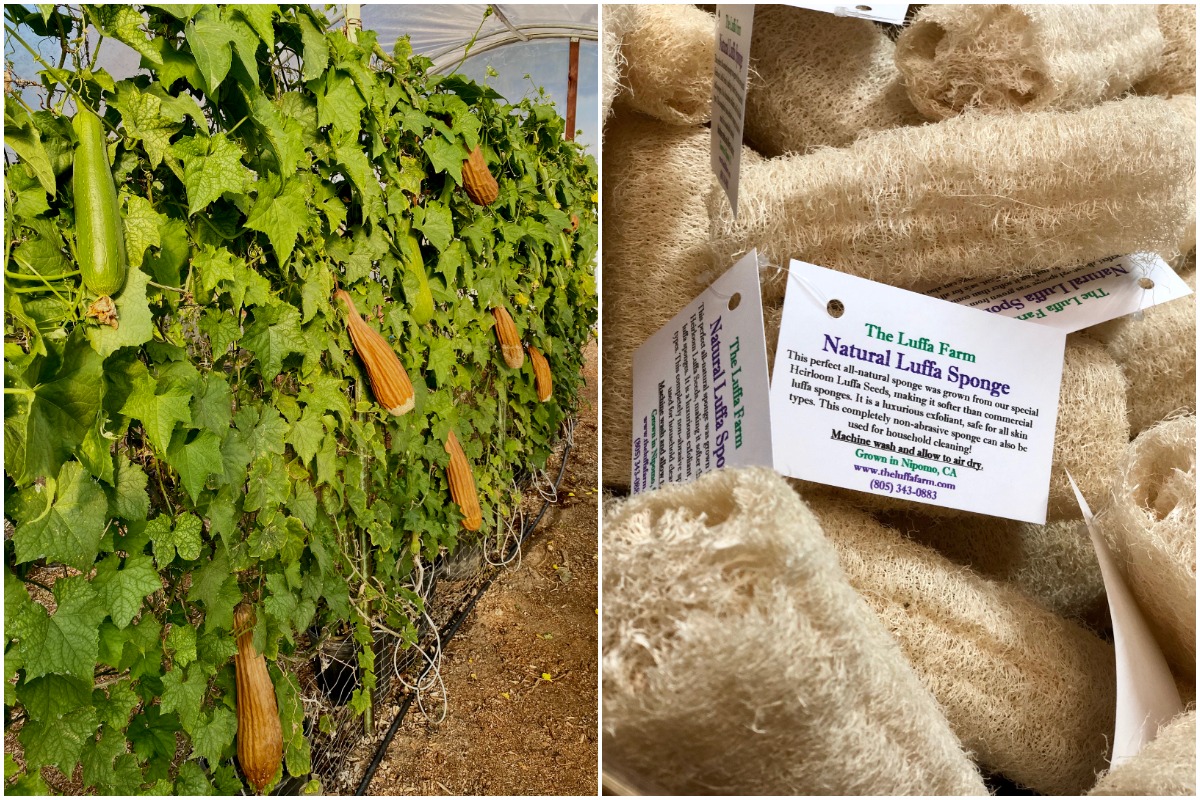 Luffa gourds grow on vines, left, and once dried can be used as sponges.

Unlike the oceanic plants with which they get mistakenly associated, luffas are actually a tropical gourd not at all related to the sea sponge. The gourds grow on long vines that cling to trellises with tendrils.

Coon was having a blast showing people that the common spa-sponge actually grows on a vine like a cucumber. So she officially opened true Luffa Farm to the public in 2001.

[RELATED: 10 Summer Squash Varieties: Some You Know, Some You Don’t]

The life of a luffa starts with a large, bright yellow flower blooming from a vine, which then gives way to a green gourd that resembles an oversized zucchini. Instead of rotting or falling off the vine when it reaches maturity, the luffa vines suck the water and nutrients back out of the gourd, which turns from green to yellow to light brown as it dries on the vine. Once the luffa is fully dried, it’s time to harvest—a process that’s done year-round at the farm but which takes place primarily in the fall.

“In the end, all that’s left are the dried fibers, seeds throughout the center and on the outside is a thin, crisp brown skin. And all we have to do is cut the loofah off the vine, shake all of the seeds out, then get the skin off,” says Gamble. 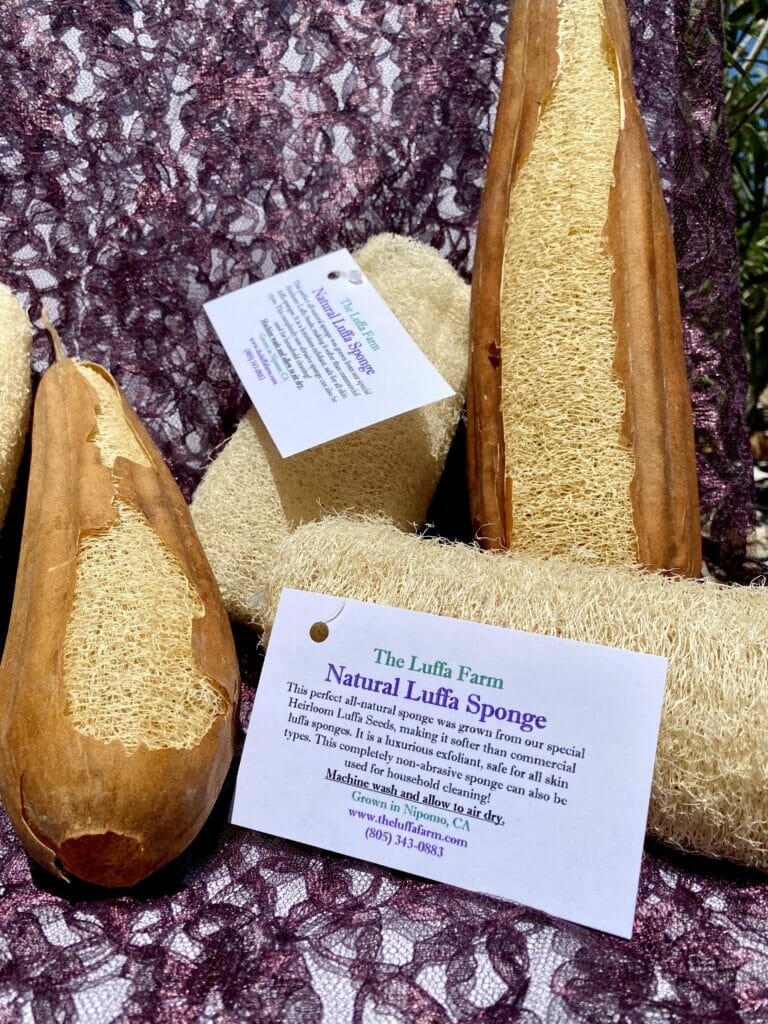 Today, the five-acre farm is planted with about 1,000 luffa plants, all grown in greenhouses. All the luffas at the farm are grown from heirloom seeds. The farm saves seeds from the best crop of each harvest and uses those to replant whenever necessary.

But growing the gourds isn’t always easy. “Luffa is a plant with an attitude,” says Gamble. “You can do everything right and still only end up with a vine that grows six inches and flops over and dies. Or you can just find one popping up in the most random spot.”

To keep the moody plant happy, the Luffa Farm grows its luffas in pots within the greenhouses, allowing it to fine-tune the nutrients in the soil and fend off pesky gophers that are prevalent in the area.

As the farm is open to the public, visitors can tour the grounds to see how the luffas are grown and stop into the farm’s gift shop—a spa-focused store equipped with house-made soaps, bath soaks, lotions and, of course, luffas. The luffas sold in the gift shop are a far cry from what shoppers would find on more conventional shelves.

“Since [other luffas] are commercially grown outside the United States, they have to go through fumigation processes that are a whole lot like when you accidentally put wool in the dryer; it shrinks everything down,” says Gamble. “But with ours, since they’re already in the US, the textures are a lot fluffier. So they feel totally different…they come out like a soft, fluffy scrubber.”

In addition to its gift shop, the Luffa Farm sells to a few small wholesale accounts across the US and has a handful of products available to buy on its website—including the heirloom luffa seeds. But gardeners beware, Gamble notes, growing the fickle plant isn’t a day at the spa.

I grow luffa here in southern Baja, but not for gourds and scrubbing. Picked before that stage, they are a delicious, uniquely flavored squash. My seeds came from Taiwan, where I’m told they are popular.

Sponges are animals, not plants.