The state’s 86,000 agricultural workers, many of them migrant workers, will soon be entitled to overtime pay. 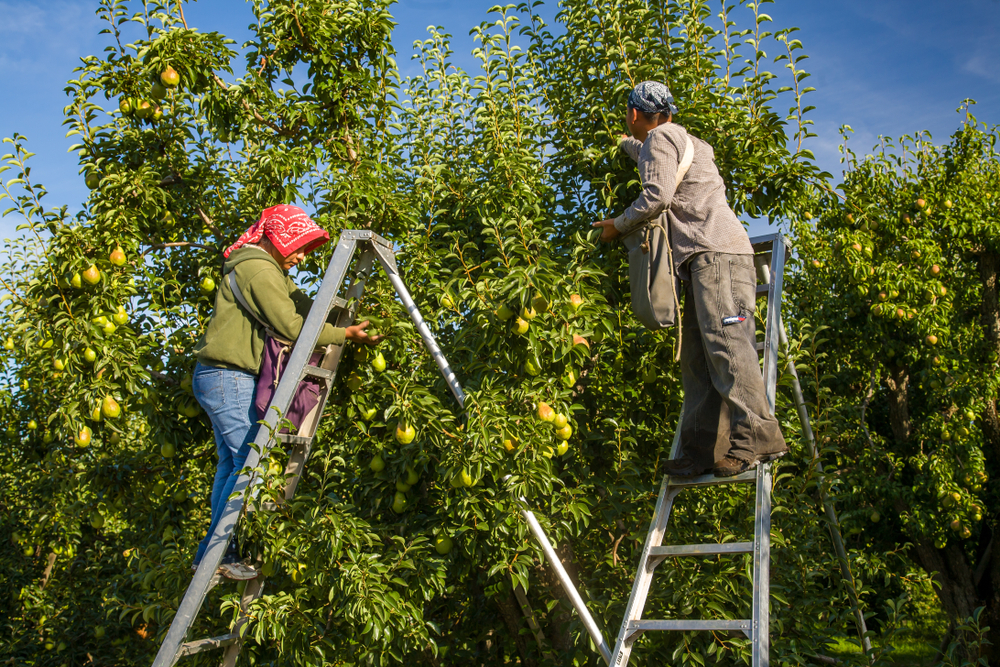 After recent years of record-high temperatures and raging wildfires, Oregon farmworkers will now be entitled to overtime pay under a bill passed by the state legislature last week.

The legislation states that farmworkers will eventually be entitled to overtime pay after 40 hours of work. If signed by Oregon Governor Kate Brown, as is expected, the law will require a five-year phase-in process. Starting in 2023-2024, the overtime compensation will kick in at 55 hours per week, then 48 hours in 2025-2026, with the 40-hour max beginning in 2027. The Oregon Senate passed the bill in a 17-10 vote.

The increased risk for farmworkers associated with hotter temperatures, tumultuous fire seasons and overall impacts of climate change was top of mind at the hearing, where some of the more than 1,000 people who submitted testimony raised the point that farmworkers are required to work outdoors regardless of the high temperatures, thick smoke and other extreme weather events.

And the work environment for Oregon farmworkers keeps getting more hostile. According to the National Weather Service, 2020 was the hottest year on record in Oregon since the service began in 1940, with July 2020 setting the record for the hottest month ever in Oregon. This year, Governor Brown has already declared the state’s first drought emergency in Klamath County—a month earlier than any drought declaration last year—citing low snowpack and streamflow numbers in prediction for another dry year.

[RELATED: How the Pacific Northwest Heat Wave Is Affecting Farmworkers]

The testimony went on to highlight how farmworkers—who are often predominantly migrant workers—have long been under-compensated for their labor. The state of Oregon has more than 86,000 farmworkers, according to the US Bureau of Labor and Statistics. More than 90 percent of those workers are Latinx, primarily of Mexican origin, according to a study published by the University of Oregon.

Because the federal Fair Labor Standards Act (FLSA), which establishes minimum wage, overtime pay, recordkeeping and youth employment standards, excludes farmworkers, states are not federally required to compensate them with overtime pay, and the laws differ state by state.

Like Oregon, Washington is also phasing in overtime pay in the agricultural industry, with farmworkers currently earning overtime after 55 hours a week, down to 40 hours by 2024. In California, the legislation stating that farmworkers must earn the same overtime pay after 40 hours (as is the case for the majority of hourly workers) takes effect this year—excluding farms with 25 or fewer employees, which must begin to pay overtime for 40 plus hours starting in 2025.