The New Building Blocks of Our Favorite Foods

The future of food might not involve food at all. At least not in the way we know it. 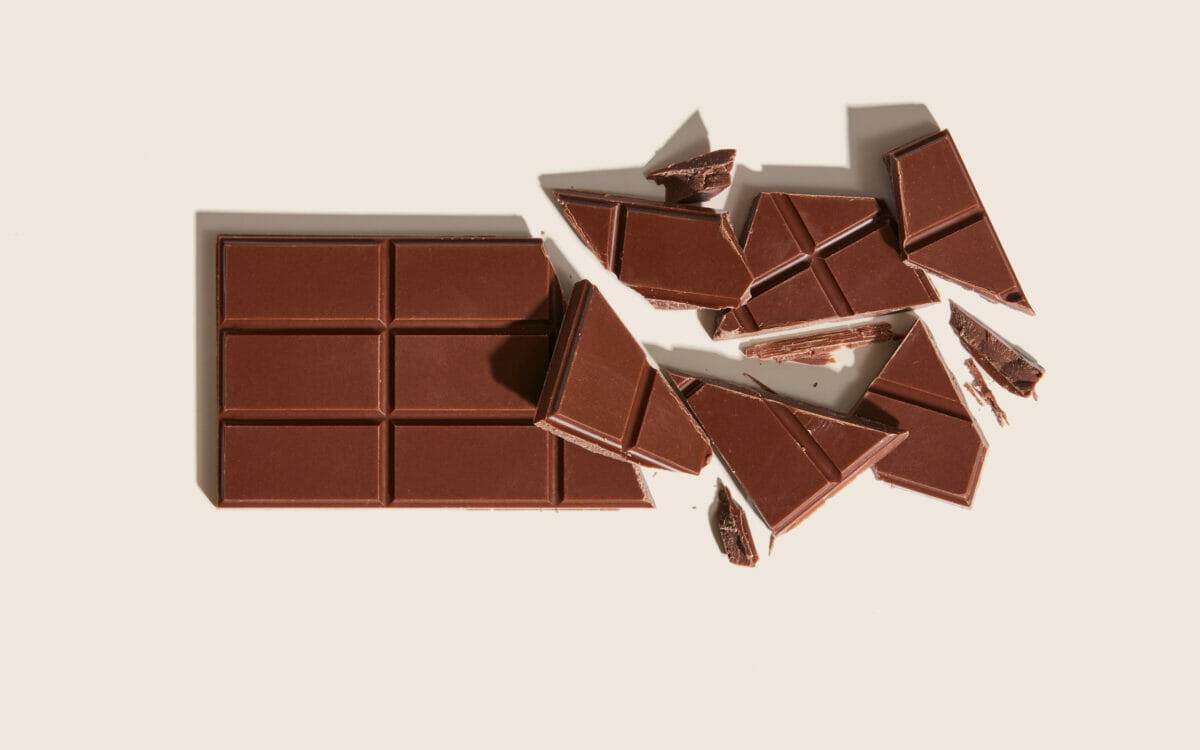 Is a chocolate bar still chocolate if it's made without cacao?
Photography courtesy of Voyage Foods.
Share
Tweet
Pin
Email

Honey. Peanut butter. Coffee. All pretty straightforward pantry staples for many of us and all elegantly simple. What is peanut butter, really? It’s just blended peanuts. Maybe with a touch of salt or a sweetener if you like. But as we look to the future of our food system, perhaps the question should be: What else could become peanut butter?

A number of different companies are working to reverse engineer foods in order to put them back together in a more sustainable, forward-thinking way. Adam Maxwell, CEO of the California-based Voyage Foods, is in the business of replicating foods, but not as we might imagine them. Peanut-free peanut butter. Chocolate without cocoa. Coffee minus the beans. “It’s not synthetic biology. It’s not cellular agriculture. It’s not the standard food tech process,” he says.

Maxwell calls it “food architecture,” and he likens the process to building a structure. If your ingredients are different building materials, food architecture looks at how you could rearrange those materials into something completely new. “What are the constituents? And how do they get put together to be something more than the sum of their parts?” Maxwell explains. 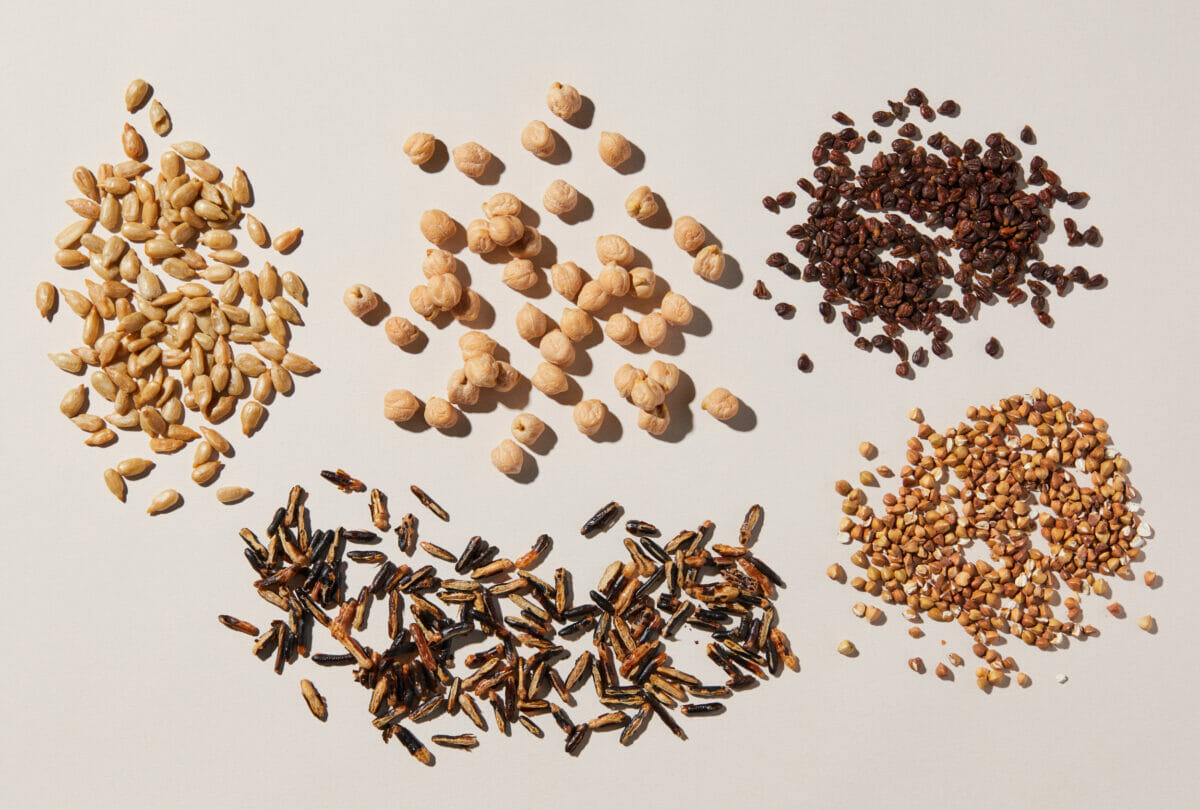 Take the company’s chocolate, for example, which doesn’t require a cacao plant to make. When you break chocolate down into its component parts, it’s a complex matrix of ingredients all working together. It’s a delicious matrix to be sure, but it’s one that can be organized and decoded. There are polyphenols, sugars and fiber, all encased in emulsified fat.

Instead of cacao, Voyage Foods is using grape seeds to make chocolate. The grape seeds are sourced from wine producers, spinning new life into what is otherwise an offshoot intended for the compost pile. The resulting product still tastes like chocolate, but it doesn’t require excessive water usage or the mono-cropping of cacao trees that larger commercial chocolate manufacturers have generally used. More importantly, it doesn’t require children to harvest it.

The combination of non-peanut ingredients that make up Voyage Foods’ peanut butter also includes grape seeds, in addition to sunflower kernels and crispy wild rice powder. It still tastes like peanut butter, but it’s a peanut allergy-free one that would be permitted in school cafeterias across the country. 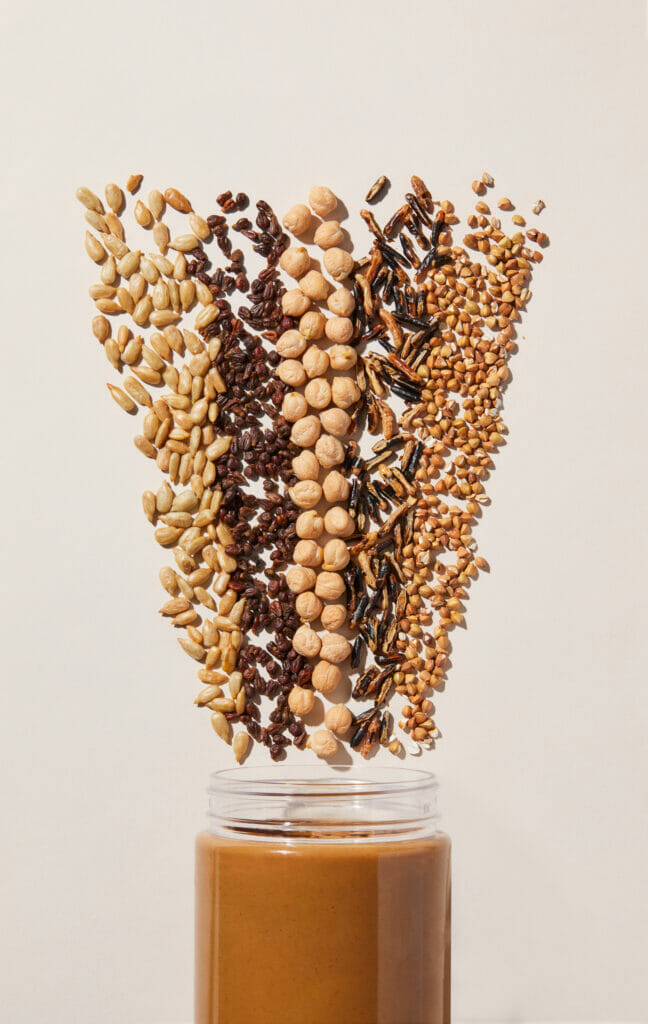 These food creations are far from the mad-scientist lab experiment you might be imagining. Instead, companies are taking up the challenge of reworking food sources for a multitude of reasons. First, there’s the moral argument, which acknowledges that many of our current farming and production practices are harmful to the workers behind the food products, not to mention the animals involved in the food supply.

Honey is a leader in the replicated food industry, with companies such as MeliBio and the Single Origin Food Company producing the sweetener without bees. Cell-grown meat companies such as Good Meat and Wildtype create meat and fish without animals. Availability, however, ranges. Some products, such as the Single Origin Food Company’s UnHoney, are available at grocery stores across the country, while others, like Wildtype’s sushi-grade salmon, are still in the taste-testing phase. Good Meat has products available for delivery in Singapore currently, while MeliBio is looking to roll out its honey soon.

Removing animals from the process also ties in the second driving force for food architecture: the sustainability argument. With fewer animals needed for meat production, there’s more land and water that can go toward growing other food. And as climate change is permanently altering where we might be able to grow certain crops, a manufactured version of something like chocolate could be a lot better for the environment.

“No one wants to think that the arable land for chocolate is decreasing and decreasing,” Maxwell says. Chocolate is an incredibly water-intensive food. One estimate shows that roughly 17,000 liters of water are needed to make just one kilogram of chocolate. The question then becomes: Can we continue to sustainably eat these products in their current states?

“If growing lands are decreasing globally, then something has to give. If the global production increases and the developing world continues eating more chocolate and drinking more coffee, then something has to give. Either stuff is going to be financially inaccessible for a large portion of the world in 30 or 40 years, or it’s just not going to exist in the same ubiquity it is now,” says Maxwell. “We don’t want to be luxury goods for rich people. We want to buffer out the market with more supply.”

This technology, and this way of approaching food, was inevitable, according to Maxwell. There is never going to be enough of any one resource, and so the goal will always be to innovate new ways to have the products we know and love. Consumers not only have more choices in the food they buy, but they have more factors influencing those choices.

One major obstacle that architectured food faces is, of course, price. Because these innovations have required new technologies and research, they’re often more expensive. And because it’s still a new category and there’s limited availability of them, they’re costly. But as more options become available, the price of them should lower. It’s a classic study in supply and demand.

Maxwell thinks there are more customers out there who would “vote with their dollar” for food they view as more sustainable or less harmful to the planet. “That’s our hope,” he says. “That people actually do care and that, if given price parity, they will vote for the better option.”

As both producers and consumers look to the future of our food supply, more people should be thinking about how and where our food grows. How sustainable is the process? But more importantly, what do we imagine our food could be?