Pet Food Companies Look to the Future With Cell-Cultured Meat

But how might it affect the conventional animal agriculture industry? 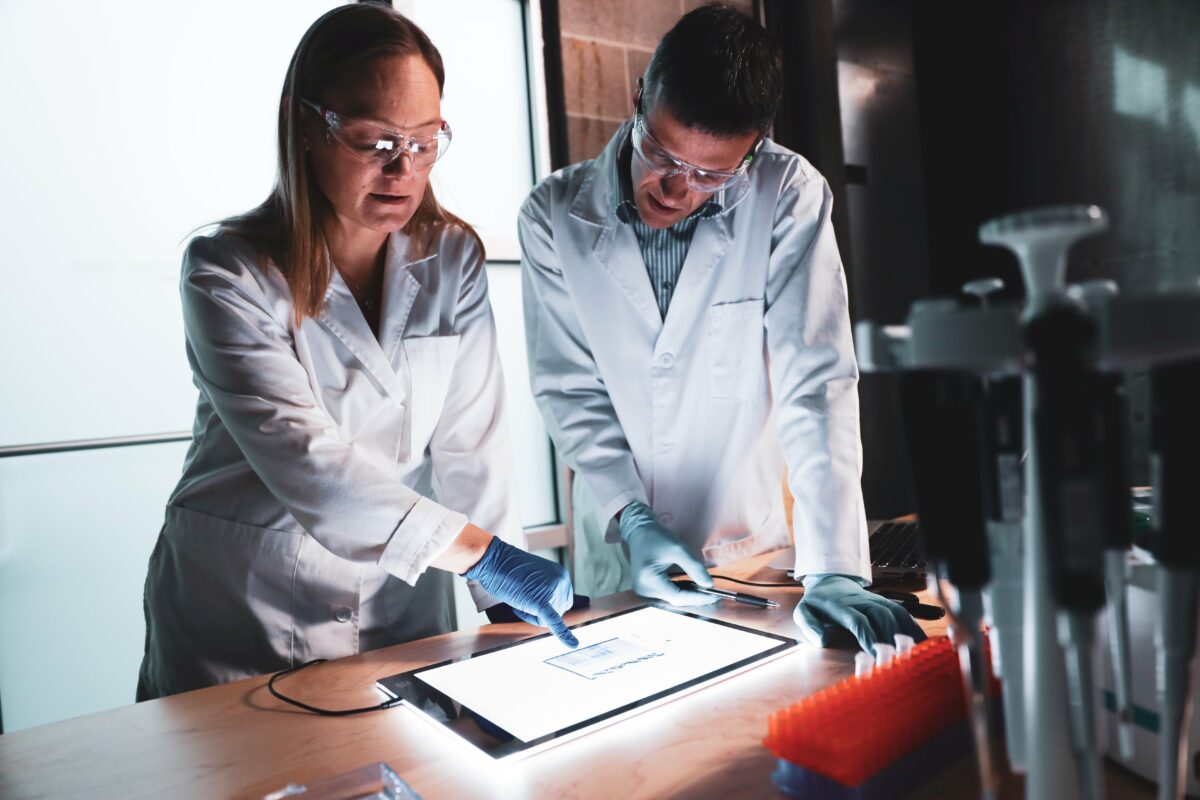 There are a lot of pets that need feeding in the United States. Around 67 percent of households own at least one. Companion animals lead the pack, as 63.4 million households have dogs and 42.7 million own cats, with some overlap for those that have both.

While people continue to rescue and adopt cats and dogs, many farmed animals face a different fate as a result. Pets aren’t included as consumers in the calculations for overall US meat consumption, but animal-derived products make up a significant portion of their diet. If cats and dogs made up their own country, they would rank fifth in terms of meat consumption, according to a 2017 study published in the scientific journal PLOS One. That translates to the creation of roughly 64 tons of carbon dioxide a year.

Unlike humans, who don’t need to eat animal products to meet their dietary needs, cats need meat to survive, so it cannot be entirely removed from their food. But in an effort to curb the pet food industry’s environmental impact, a small handful of startups are working to cut animal agriculture out of the equation by using cell-cultured meat.

This follows recent developments from companies that have reimagined meat for human consumption with plant-based solutions, such as utilizing soy or pea protein to replicate beef’s taste and texture. “Companies like Impossible [Foods] and Beyond [Meat] laid the foundation for what a burger could look like and what nutrition could be,” says Rich Kelleman, CEO of Bond Pet Foods, a Boulder-based start-up using biotechnology to create cell-cultured meat for pets. “The success of those companies opened the floodgates to investment, which coincides with a growing segment of the population that is starting to value different dimensions of what quality food and responsible food looks like.”

Those consumer preferences are trickling down to pets. According to the Pet Food Industry, pet treats marketed with sustainable claims saw about 70 percent sales growth from 2015 through 2019, compared to about 30 percent of growth for treats without sustainable claims.

“Pet food follows human food,” says Shannon Falconer, CEO of Because Animals. “Many people think of their pets as family members. [More people are following] a diet that’s sustainable and mindful and want to do the same for pets.”

Along with Joshua Errett, Falconer founded Because Animals five years ago with a goal to create a healthy and sustainable option for the world’s pets. “We have very few options when it comes to feeding dogs and cats,” says Falconer. “There’s a strong misconception that pet food is made from byproducts of human food. I began to learn how untrue that really is.” 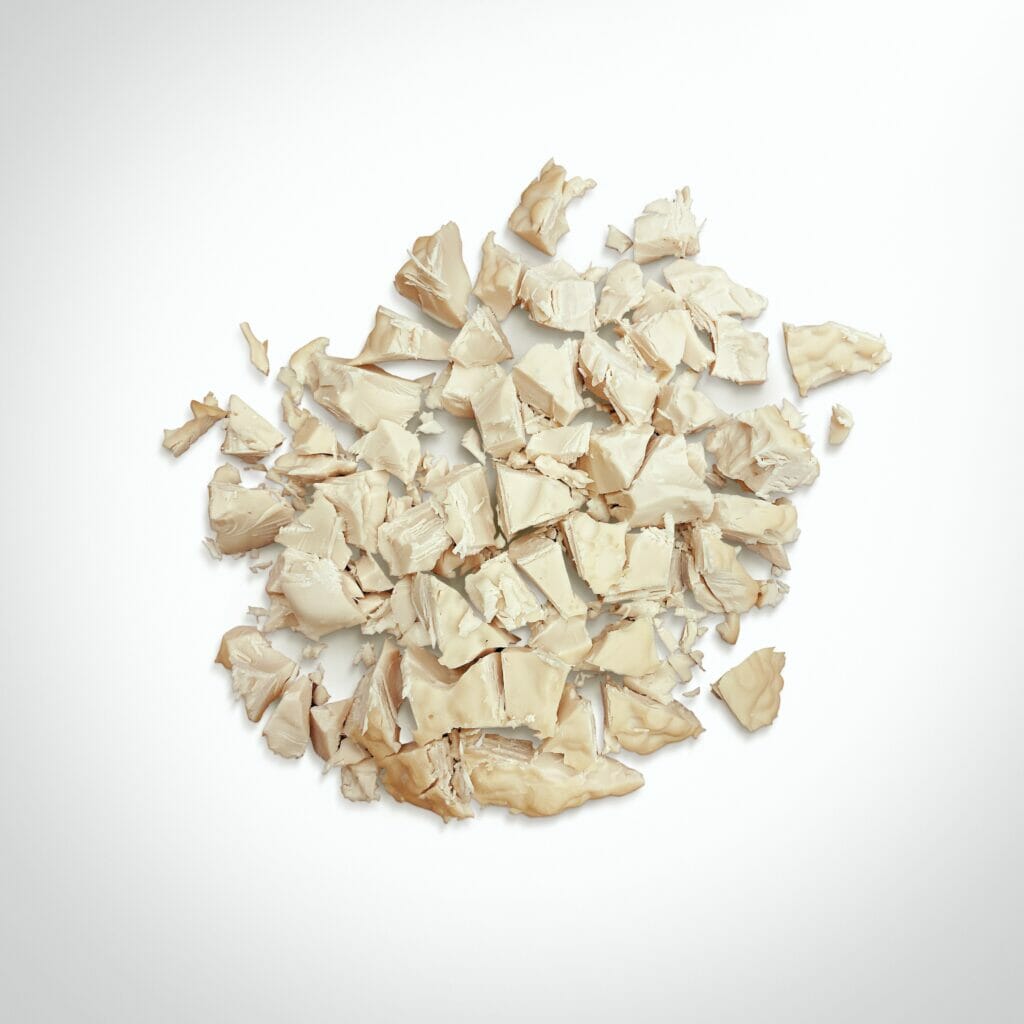 Falconer, who has a PhD in microbial chemical biology, set out to create a cell-cultured meat that could be fed to pets. The process involves taking “a small collection of cells from the [live] animal, and then never going back to the animal again,” she says.

Because Animals started by sourcing cells from mice for cat food, and rabbits for dog food, reflecting their diets in the wild. The cells are then grown in a nutrient-rich environment outside the animal. Falconer and her team feed the cells a mixture of protein, vitamins and other necessary nutrients and put them into a device called a bioreactor, which functions as a sort of womb. The cells grow, divide and eventually form into tissue, which is effectively cultured meat. It has the same nutritional value and composition as animal-based meat, but without the need to raise or slaughter animals.

The process looks a bit different at Bond Pet Foods, which uses DNA extracted from a blood sample taken from a chicken (that’s still alive and well) at a Kansas farm. “The challenge wasn’t to create a chicken breast or a steak or a pork chop for consumption,” says Kelleman, who acknowledges the process sounds a bit like science fiction. “It was more about creating protein.”

Using a process called microbial fermentation, Bond’s team has isolated the part of the chicken DNA that expresses skeletal muscle protein. That meat protein is combined with yeast and put into a fermentation tank, where it’s fed sugars, vitamins and minerals. Once it reaches a certain density and composition, the cell-cultured protein is dried into a powder that can then be used to make anything from treats to freeze-dried pet food.

With cell-cultured pet food on the horizon, it’s worth asking what the implications might be for the meat industry and the farmers who raise these animals. Sarah Little, vice president of communications for the North American Meat Institute (NAMI), says her organization’s position on cell-cultured meat is that it be labeled clearly so consumers can decide which product works best for their needs, and that it be subject to USDA inspections, just as animal proteins are.

One thing is certain: To reduce its carbon footprint, pet food needs to evolve. “More than a quarter of the environmental effects of animal growing is due to the pet food industry,” says Falconer. “What this [cell-cultured] food would provide is the first environmentally sustainable, ethical meat for people to feed their pets.”

If only people could actually read. Cell cultured meat is not meat made from plants or in any way comparable to ” margarine or artificial sweeteners”. It is MEAT cultured from actual mice/rabbits. It is a BRILLIANT idea and we should be doing it for humans as well (I love meat even though humans don’t need it,but I would prefer cultured actual meat over the slaughtering of animals) because much Vegan food IS full of chemicals which aren’t healthy however much Vegan food made from plants IS healthy for humans, not cats/dogs who need actual meat or meat cultured. We… Read more »

I hope we can make it happen

Given that farmed fish typically consume many times their weight in ground-up smaller fish, could this technology be used instead to provide them with the protein they need? Is is safe and sustainable?

No thank you. Scientists are the first to tout wonderful new products, drugs, etc. and some years later these prove to be deleterious to human health. The diets proscribed by doctors and scientists starting in the 50’s is a good example; all fat is bad for you, eggs are bad, butter, the list goes on. Margarine, artificial sweeteners and other fake products were developed to take the place of natural fats and sweeteners and these substitutes turned out to have a far worse effect on human health. And I will guarantee you that the wealthy people of the world, say… Read more »

Another completely inaccurate presentation of both sides of the coin in my opinion. Where has the ability to use critical thinking and educating oneself to see the big picture here? To take the blinkers off and see beyond to what really is driving this so called development, its money by the way, follow the money, its always the money!

The writer keeps asking how cultured meat could affect the farm industry, especially that part that focuses on raising farm animals. The precise answer would rely on information about what the cultured cells will be fed; what sort of medium will be used?
Some cells are grown in serum-free media. Others are grown media that contains serum. Serum comes from an animal. Unless all cultured cells are grown in serum-free media, the animal-raising farmers should continue to play a part in the creation of pet foods.

Very very important stuff! There is an ANIMAL HOLOCAUST IN THE WORLD FOR CENTURIES. NO LESS HORRIC THAN HITLERS HOLOCUST.! PIGS TAILS CUT OFF WITHOUT ABASTESIA. SLAUGHTERING OF PRECIOUS ANIMALS IN INHUMANE WAYS OR ..AT ALL..FOR THAT MATTER. THE UNCONSCIOUBLE SUFFERING OF BABY CALVES TO CREATE ” VEAL”.!!! THE BRUTAL SLAUGHTERING OF HORSES AND THEIR FOALS IN A CRATE STABBED TO DEATH IN A POOL OF BLOOD FOR OVERSEAS MEAT CONSUMPTION. CHICKENS TIRTURED AND boiled ALIVE!! OR HEADS SAWED OFF. ON AND ON AND ON. ITS A HOLOCAUST. I PRAT THE CELL CULTURED MEAT FABULOUS IDEA TAKES OVER AND STOPS… Read more »

Rory bret and i pray for these companies and to end the meat industry. These are all Gods creatuures and Deserve to live every bit as much as you and i. God did not EVER mean for us to eat them. God is sad! I believe. The bibles misconceptions. The bible is written by men…not GOD

Mr. Falconer and also Bond is amazing. This is what ive been praying for to help the farm animals and end the meat market and feed ourselves and our pets. ETHICAL” INSTEAD OF BARBARIC…FOODS! THANK YOU.