New Grafting Technique Could Save the Cavendish Banana

The most common banana variety is at risk of going extinct. But researchers have discovered a potential way to save it—and many other plants. 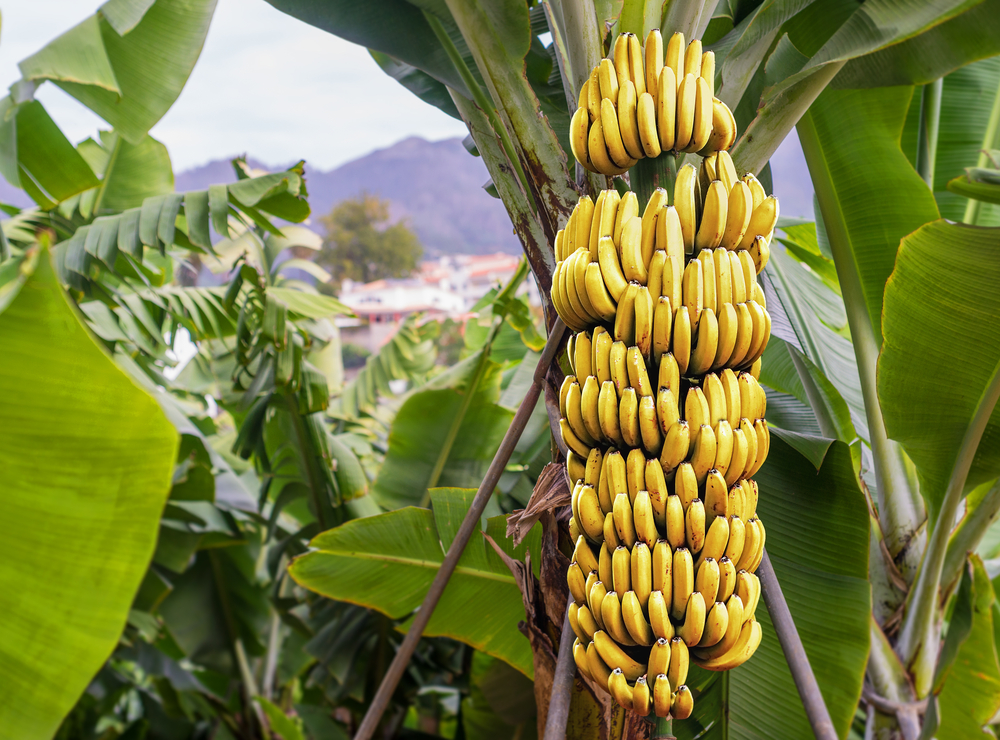 The Cavendish accounts for about 99 percent of the world’s commercially produced bananas.
Photography by PP1, Shutterstock.
Share
Tweet
Pin
Email

Grafting is an essential technique in many parts of the agricultural industry; by physically binding certain plants together, you get dramatic improvements, including the speed to fruiting, hardiness to weather or drought, pest resistance and hybridization. The modern fruit tree industry would basically not exist without the technique.

But a huge group of some of the world’s most important crops were thought to be incompatible with grafting, including grasses, cereals (wheat, corn, rice) and all sorts of others (bananas, pineapples, bamboo, ginger, onions). But grafting could provide solutions to some of the problems faced by these supposedly un-graftable plants, and now a group of researchers think they’ve figured out a way to do it. One possibility, just for example: They could save the Cavendish banana, a commercially important cultivar that’s been increasingly threatened by a deadly fungus.

Grafting works by aligning a certain internal tissue of two separate plants. That tissue, called vascular cambium, is sort of like stem cells, and if two pieces of cambium are held together by pressing the cut part of one plant onto the cut part of another, they’ll fuse. While grafting is an ancient technique that’s been used to cultivate apples, citrus, avocados, mangoes, grapes and tree nuts, it’s not precisely understood. “To date, the molecular mechanisms of graft formation remain unknown, and no genes required for this process have been identified,” reads one scientific article from 2015.

The group of un-graftable plants mentioned above are the monocotyledons, sometimes abbreviated as monocots. These plants, unlike, say, apple trees, do not have vascular cambium. There have been attempts before to graft monocots, with some scattered small, low-probability successes, but it has been largely accepted as fact that monocots cannot be grafted. From a 2020 study: “Monocots cannot be grafted, moreover grafting of a monocot plant onto a dicotyledonous plant is also not possible.”

Yet these researchers, largely from the University of Cambridge, believe they have achieved that impossible task. “I read back over decades of research papers on grafting and everybody said that it couldn’t be done in monocots. I was stubborn enough to keep going—for years—until I proved them wrong,” says Greg Reeves, one of the authors of the study, in a press release.

What these researchers have done is a bit different than the grafting we’re accustomed to; you still, at least at the moment, cannot insert a cutting from one banana plant into the body of another and expect anything fruitful to happen. Instead, the researchers took tissues from the seeds of some of these monocots, and found that they can be fused together. “Essentially, it involves swapping the seed-shoot or the seed-root and replacing it with the equivalent of a different individual,” says Reeves in an email to Modern Farmer. “The resulting seeds still have an immature shoot and root tissue together that heal [fuse] as the seed germinates.”

When grafting plants such as grape vines or avocado trees, you can join a cutting from one variety to the established rootstock of another, which enables that cutting to start producing fruit much more quickly than if it had to grow from seed and establish its own root system. That still isn’t really possible with the Cavendish banana. But fusing the embryonic tissue from seeds still gives the hybridization effects, and it could even have some added benefits; for example, you could buy, and plant, seeds that are essentially pre-grafted.

Grafting is done, in some places, for plants such as melons to develop resistance. If you have a melon that’s susceptible to a specific kind of fungus, you can graft that melon onto a different melon plant that may not produce such delicious fruit but that is resistant to the fungus. Bingo: You have tasty melons without having to worry about fungus problems.

This sort of seed-based grafting could have that effect on monocots, enabling growers to produce monocot crops with pest or disease resistance that they otherwise wouldn’t have. The researchers found that their technique worked with a variety of monocots, including pineapple, banana, date palm, onion and agave.

The banana part of this is especially interesting, as one variety of banana, the Cavendish, accounts for about 99 percent of the world’s commercially produced bananas. The Cavendish reproduces only through cloning, which makes it extremely susceptible to diseases; it cannot develop resistance and pass it on, at least not before diseases wipe it out. This has led to a general assumption that the Cavendish is in danger of going extinct, largely due to fungal issues such as Panama disease.

And what do you know: Grafting has been indicated as a solution for exactly Panama disease, in plants such as cucumber, watermelon and tomato. If bananas can be grafted, that could potentially be a way to increase their resistance. “I suspect that grafting cereals will not take off,” says Reeves. “However, it will be useful for perennial species like banana or agaves, to name a few. I think if grafting is deployed on these sorts of species, we will see a more robust agriculture in the future.”

Many of the world’s most important crops, including wheat, rice and corn, are monocots, and this new grafting technique could be a huge boon in helping those plants survive climate change, pests and whatever else comes our way—that is, if it’s effective and relatively efficient economically.

The researchers have filed for a patent for their grafting technique, partnering with Cambridge Enterprise, the commercialization arm of Cambridge University. “Together with Cambridge Enterprise, we want to ensure that this technology is used as widely as possible to achieve public benefit for both humanitarian and commercial purposes,” says Reeves. He says that labor is currently the most expensive part of the process, but even so, that the costs are fairly similar to those for grafting dicots such as apples.

While it could work I see some big practical hurdles… How are you gonna graft a seedless crop, as they were using recently germinated seedlings in the paper ? And won’t the graft be lost when you use clones from the mother plant? So IF possible in a seedless crop … wont it make farmers dependent on seed companies as they have to buy new plantlets every time while in the past they just could keep the suckers the plant produces?

I am a young farmer I love farming information magazines and practice with. w.shops .