Scientists are working to get to the root of rapid apple decline. 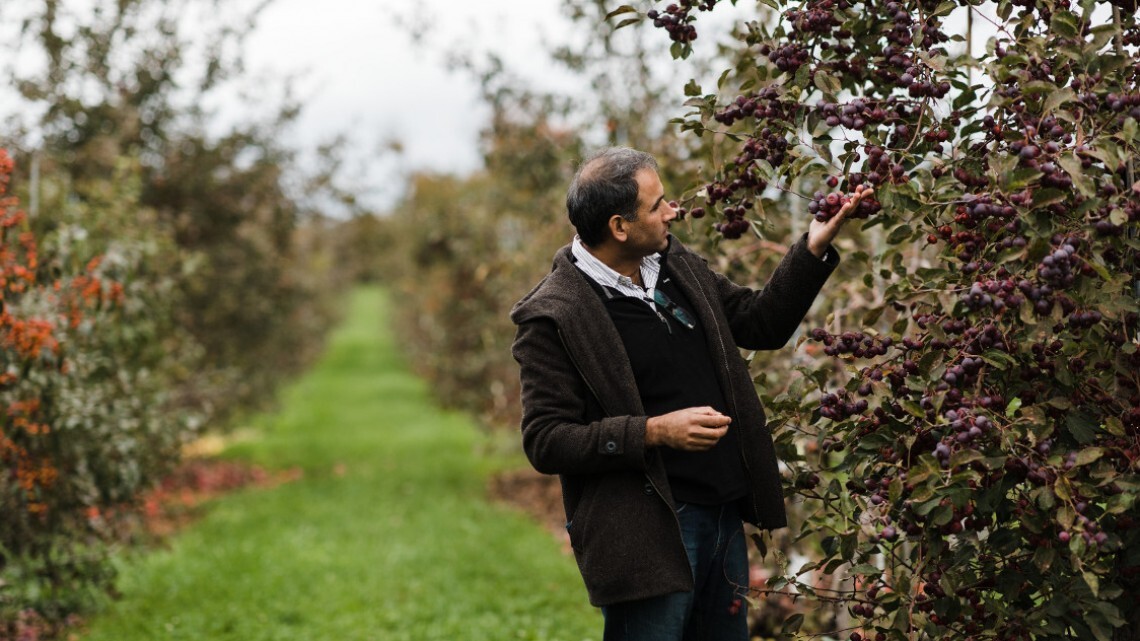 Several years ago, after planting a new Gala apple orchard, Zost noticed something terribly wrong with some of the trees. “They had a crop and looked great through the summer, green and bright and full, and then around July, the entire tree shut down all at once,” says Zost. “Something was wrong, but we didn’t know what was going on or how to stop it.”

So she reached out to Kari Peter, a tree-fruit pathologist at the Penn State Fruit Research and Extension Center, who confirmed the Bonnie Brae Fruit Farms trees were afflicted with a mysterious syndrome called rapid apple decline (RAD). Also known as sudden apple decline (SAD)—perhaps the more appropriate acronym for it—the phenomenon is named for its rapid onset, which causes young, dwarf apple trees to quickly deteriorate and die.

“Trees look healthy at the start of the season, look a little off in late July or early August, have a full crop and then boom, they’re dead,” says Peter, who teamed up with the Pennsylvania Department of Agriculture to determine the cause of the trees’ decline.

“We couldn’t really rule anything in,” says Peter. “Our goal was to rule stuff out.” The usual reasons for the death of an apple tree—such as root rot, fire blight, an infestation, virus, funghi or an early frost—didn’t explain the RAD-afflicted trees’ symptoms.

First identified in Pennsylvania in 2013, rapid apple decline now plagues growers across North America, although it is more prevalent in apple trees on the East Coast. In North Carolina, up to 80 percent of orchards have reportedly been affected.

A farmed apple tree begins its life as two parts: a rootstock and a scion. Sold by nurseries, the one-year-old, cold-hardy rootstock has an existing root system to which the scion—a fruit-bearing stem or branch that’s clipped from existing trees—is then grafted. RAD is most commonly found in high-density orchards, and it predominantly seems to affect young trees that were grafted on M.9 rootstock, “a popular rootstock that’s been around forever,” says Peter, and the most commonly used in high-density apple production.

Peter is just one of several scientists working to find the cause of rapid apple decline, a contentious topic that largely remains a mystery. Researchers have varying hypotheses. Some believe an unknown virus is killing the trees. Others suspect fluctuating weather patterns and climate change are to blame.

In 2017, Khan was visiting an orchard to collect samples for a fire blight study he was working on when a grower pointed out a different, new problem with his trees. The young Honeycrisp apple trees, grafted onto M.9 rootstock, were wilting, discolored and in obvious decline. It was his first experience with rapid apple decline.

Khan later returned to gather samples, studying the soil and weather system, doing a full microbiology analysis, and looking at visible external and internal symptoms. He sent samples off to Marc Fuchs, a virologist at Cornell. The results were inconclusive.

“We didn’t find any clue that points strongly to it being a soil issue, a fungal issue in the root samples or bacteria or viruses,” says Khan. While the two researchers didn’t find any above-ground causes, they did notice a weaker root system, which could potentially contribute to the trees’ decline. 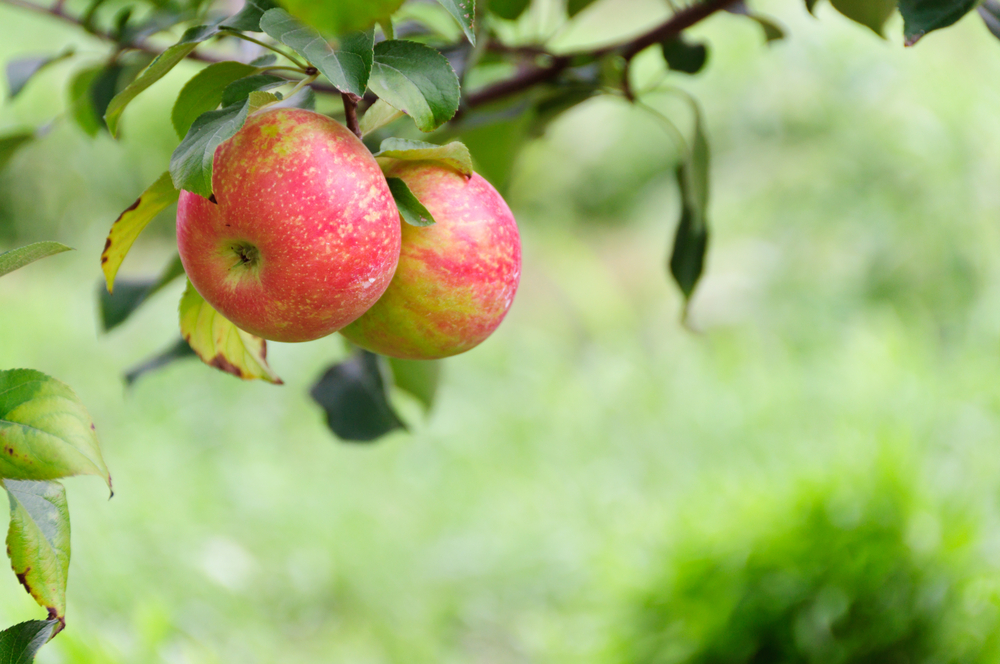 Commercial apple production has largely shifted away from using low-density systems, where there are 200 to 250 trees planted per acre, with apple growers embracing a high-density system that entails 1,500 to 2,000 trees planted in the same one-acre area. It’s an economically beneficial move, but it might not be sustainable.

Khan suspects the answer to what’s causing rapid apple decline can be found in the root system, “the most important part of a perennial tree.” In high-density orchards, close proximity between trees can cause the trees to compete for nutrients and moisture.

Earlier this month, Khan and Fuchs were awarded a $299,000 grant from the US Department of Agriculture’s National Institute of Food and Agriculture. The planned study, “Root Traits and Rapid Decline of Apple Trees in High-Density Orchards,” is one of the first federally funded projects to investigate the potential cause of rapid apple decline.

Over the course of three years, Khan and Fuchs will study RAD by looking at both affected and unaffected trees (the control group) from orchards in three parts of New York State: the Finger Lakes, the Capital District around Albany, and the Hudson Valley. The researchers will study the complex dynamics of apple root systems and explore the behavior of viruses in commercial apple orchards. “The most important part of a perennial tree is the root system,” says Khan. “We don’t [have] much knowledge of that system.”

Theories of what’s causing rapid apple decline abound, but scientists do agree that it’s important to get to the root of the problem—and soon. Penn State’s Peter compares the urgent quest to solving a medical mystery before it’s too late. “It’s like my own version of House,” she says.

Question: Has this problem been seen in orchards — indeed, even in backyards — that do not have the 1500 trees per acre plantings?

Maybe they need some mushroom compost? The proper fungi has a symbiotic working with many trees.

High density, M.9, young and dwarf. Are those the dominant characteristics or is the effect more broad? What about fertilization management programs? Any commonalities there?

The government can only cloud seed with graphene oxide for so long before it effects everything that we attempt to grow. Why is Bill Gates now the largest farmland owner? There’s always more money to be made, apparently…even when you have more than you could ever spend.

“We don’t have much knowledge of the root system” is an interesting and sobering comment.

Hi, not an expert on M9 but are planting lots of M9 orchards at high densities. I would think that any kind of stress would have a negative effect on the root system, especially a newly planted young tree. With young trees, the first stress factor coming to mind is water, to little as well as to wet?

So it isn’t just me! In July, in San Antonio, Texas, my sole 12-year-old apple tree, which has 4 different grafts, declined terribly in 2-3 days. As of August 7, all leaves are brown & dropping. One graft is a dwarf; granny smith, golden delicious and “early summer red” are the other 3. It’s in my backyard about 22 feet from 3 small healthy native Texas persimmon trees & on the other side, about 35 feet from the apple tree is a healthy Red Baron peach tree, also 12yo. We’ve had a bit more rain than usual, but it hasn’t… Read more »

I live near Black Moshanon State Park (about 10 miles NW of Penn State) on what has been a farm since 1850. We have many old apple trees and many volunteers in the thickets. Two years ago one of our old trees went through the RAP symptoms and has since then. This tree stands alone in a pasture less than 50 feet from Mudlick Rd. A small crab apple right next to the road is also affected and directly across the road a neighbors small tree is also browning and looking dead by August. I decided to cut my two… Read more »

It’s great that you have a really good schedule. Because you can see the date and activity at all It is very convenient to prepare.

I had a Red Delicious Apple tree that was ten years old (but only about 2″ diameter) that suddenly, within two weeks, leaves turned brown and died. This was in early July of 2020 in Northeast Ohio. Wiggling the tree, I could tell it wasn’t firm in the ground. I was able to push it over.

Popular
Is Agroforestry the Key to Hardier Row Crops?Shea Swenson
7 Smokable Plants You Can Grow That Aren’t MarijuanaBrian Barth
Goat Sex: Everything You Wanted to Know But Were Afraid to AskAndrew Amelinckx
Why Don’t We Eat Turkey Eggs?Dan Nosowitz
6 Differences Between Llamas and AlpacasAndrew Amelinckx
Explore Modern Farmer
Related
Environment, Plants
Is Agroforestry the Key to Hardier Row Crops?Shea Swenson
news
The Fertilizer Shortage Will Persist in 2023Shea Swenson
Environment, Food & Drink
Where Has All the Mustard Gone?Chloe Faure
Animals, MTMF
Meet the Maine Teenager-Turned-Landscaper Thanks to Grazing GoatsBridget Shirvell
wpDiscuz
We use cookies on our website to give you the most relevant experience by remembering your preferences and repeat visits. By clicking “Accept”, you consent to the use of ALL the cookies.
Cookie settings ACCEPT
Privacy & Cookies Policy