Veganic farmers eschew any animal products. Not just in what they produce, but how it’s grown too. 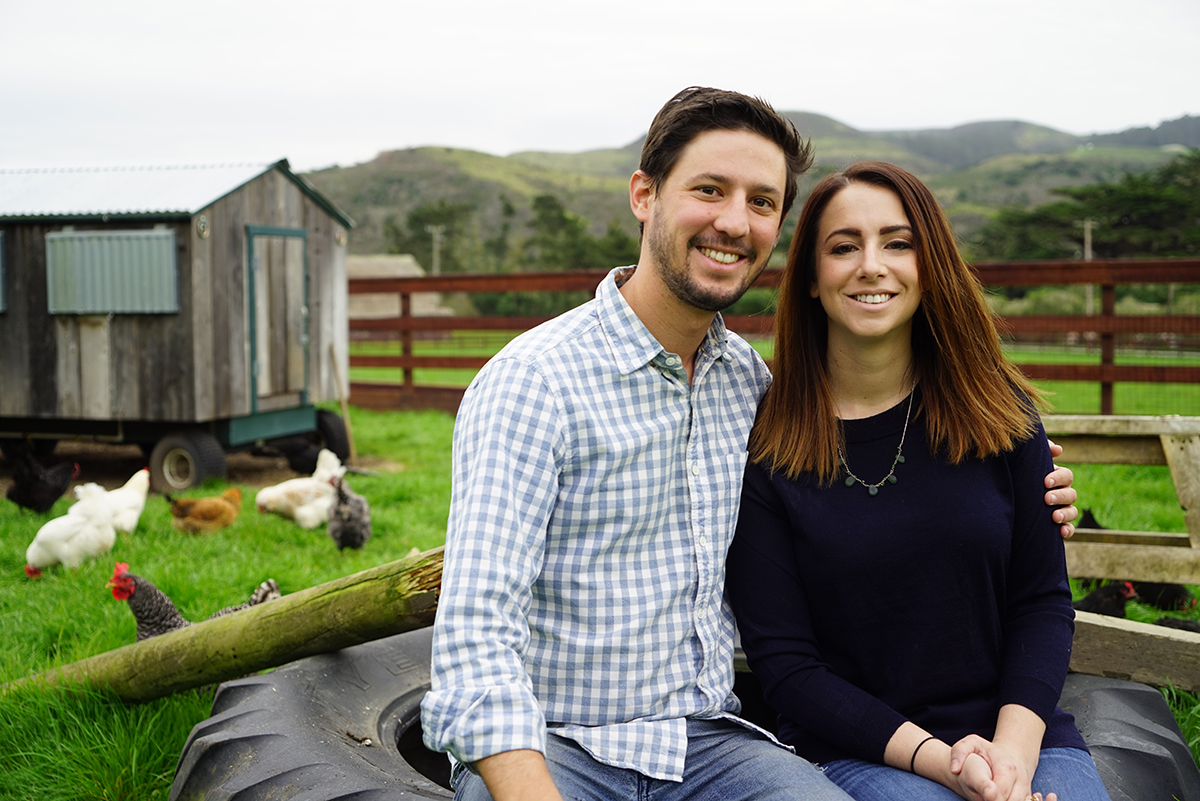 What goes into growing a plant? From a giant squash to peas on a vine, it’s the same basic material. There’s the seed and the soil, along with fertilizer, sunshine, water and time. That’s about it, right? A totally vegan process from start to finish.

Let’s back up to the fertilizer. If you’re using commercial fertilizers, they could be full of animal products and supplements. Things such as blood meal, fish meal, feather meal and bone meal are regularly added to fertilizers.

For veganic farmers, those products simply won’t do. They follow farming techniques that marry organic farming with a vegan ethos, so they often don’t use animal products of any kind, unless they come from their own, cared-for animals. Instead, they find ways to get the same benefits and nutrients using plant-based inputs.

Some farmers come to veganic farming because of their personal diet and habits. Chris Lover runs October Fields in Maine with his wife Sloane, and they made the shift to veganic farming on their small herb farm over a number of years. The couple became vegetarians after getting married and eventually transitioned away from animal products completely. They’ve now been vegan for six years. “Around that time, we’re like, ‘we’ve eliminated animal products from our diet. Why are we still using animal products in our agricultural practices?’ So, it just made common sense to transition away from that,” Lover says.

Other farmers are drawn to veganic farming as a way to avoid specific chemicals or genetically-modified crops. Larry Lesher and his wife Michelle run Eastward Gardens, and they made the decision early on to avoid any GMOs on their Indiana farm. “We don’t grow corn, we don’t grow sugar beets or any of the highly modified crops like soybeans,” Lesher says. They also don’t use manure or fertilizer from animals fed those same crops.

Veganic farming does take a bit of experimentation and planning. As Lesher points out, if you remove an item from your farming toolkit, you’re going to have to replace it with something. That commercial fertilizer was a source of nitrogen for the soil, so you need a plan to get that nitrogen a different way. “It’s nearly impossible to find anything that comes in a bag,” Lesher says. He’s been able to source a few basic products, such as limestone, but rather than rely on store-bought soil or mixes, he has spent years coming up with recipes to build his own from scratch. “I’m still tinkering with it, and we have a mix now that works. But I’ve got to tell you, the first few years, our plants were horrible starts, because you’re trying to figure out how much of this do I need, how much of that do I need?” 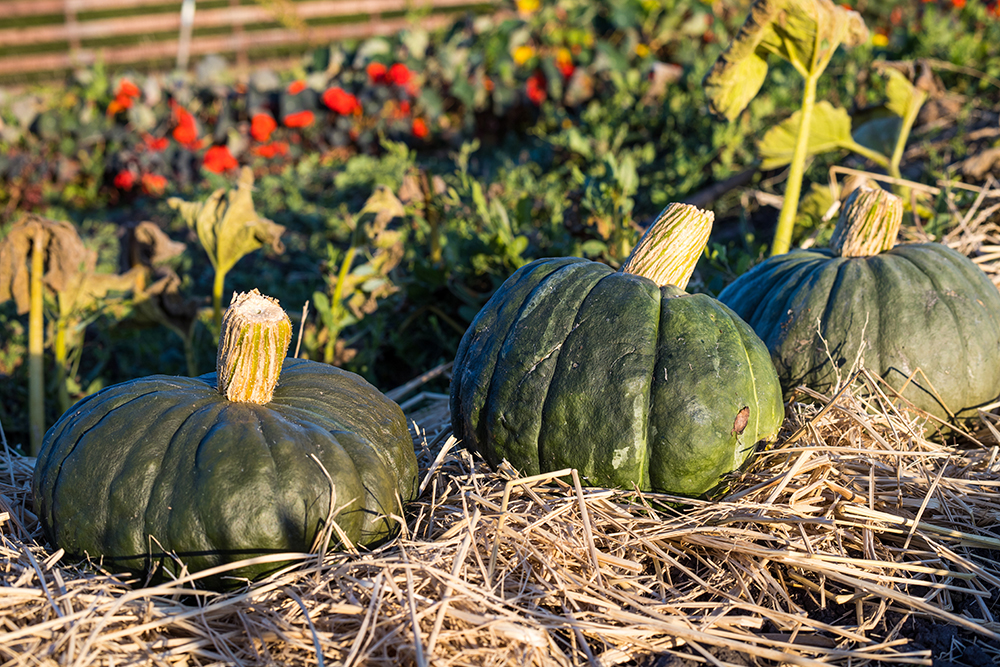 Once you hit the right mix, however, the payoff can be huge. Susanne Cooke, owner of Acacia Farms in southern Texas, turned to veganic farming in an effort to stay away from chemical pesticides. Now that she’s been a veganic farmer for more than a decade, she says she’s noticed a huge change in the quality of her produce and it’s actually improved her yields.

“If you make the garden happy, make the soil happy, your plants are going to be happy,” Cooke says. She noticed a significant change in her tomato plants after making the switch. “Oh my gosh, they loved it. My greenhouse is 14 feet tall. They grew to the top and they fell back down, and I was harvesting bushels and bushels of tomatoes.”

These family farms are big advocates for veganic farming, but is it scalable? Could it work on a larger scale or even at an industrial level? Yes, but proponents say it would require more planning and innovation than the industry might currently use. Lover notes that some farmers, especially at a larger scale, can be a bit “set in their ways.” He’s excited about younger farmers joining the profession and bringing new ideas to the table.

“I totally think it’s scalable,” Lesher agrees. “I feel like there’s a lot of hope, and we could really eliminate a lot of the inputs that are associated with [traditional farming].”

That’s where a place such as Sweet Farm comes in. The California farm and animal sanctuary studies how these processes currently work and how they might work better. It’s been a testing ground for different farming tech, and it raises money and funds other technology start-ups in sustainable agriculture. (It’s no surprise that the farm is based outside of Silicon Valley.) Co-founder Nate Salpeter says one of the goals is to look at how veganic farming might work across the industry.

“The vast majority of the planet feeds themselves with traditional monocrops,” Salpeter says, “and to think that the vast majority of the world can feed themselves using this nice but bespoke way of growing food would be a very privileged statement.” That’s why Sweet Farm works with companies to find that broader impact on large-scale agriculture, which Salpeter says can shift some of the responsibility off of the individual consumer. “It’s about aligning the triple bottom line components of profit, planet and people-slash-animals,” he says.

Salpeter says that, at first glance, veganic farming can seem a bit overwhelming to people used to traditional methods, but he approaches it with a “progress, not perfection” mindset. In that vein, Salpeter says anyone interested in veganic farming should feel welcome to give it a try. While you may not be ready to give up animal products in every aspect of your life, making a few changes in your own garden is totally doable. Veganism, Salpeter says, is a tool to guide you, not a doctrine to follow.

… so what are the vegan farmer’s fertilizer options? Lots of us who own farms that are not killing animals want to know.

Man, this website really has a bone to pick with people’s dietary choices.

You’re obviously not vegan by the way this article is written. This is some fake ass woke crap that you made up completely.

Absolutely fiction. I hope nobody believes this trash.

You can’t write a story from a perspective that you’ve never experienced.

Vegan means to reduce suffering of all animals as much as possible. It doesn’t mean anything here you posted.

I’m confused. Don’t fertilize with manure because the animals producing the manure may have been fed with corn that was fertilized with manure that came from animals that may have been fed with . . . this is nuts. And what about the limestone they’re using? It was quarried and crushed by machines using fossil fuel, and who knows what may have been spilled on the limestone over the millennia. Further, I think their lack of concern about the living plants that they callously kill and feed on is telling.

I am sorry but what a load of cow and bull $h!t. There is no active growth without animals and without animals dying. Maybe the vegan farmers should crack a textbook on soil microbiology, look at their soil in a microscope and watch to see how their plants get pollinated. I am all for environmental changes, animal welfare and social responsibility, but this has reached the point of lunacy or maybe pure ignorance. The only way to not affect animals would be to have a hydroponic system utilizing chemical fertilizers and hand pollination which is clearly not environmentally sustainable, nor… Read more »

This goes against the very circle of life. Wild plants are fertilized by scat. Ridiculous people.

Comments are great. Now we have woke farming 🤣😂

Like our politicians, this activist hack reporter telling everyone how to do it while very likely not following his/her/it own advise. Liberalism is a mental disorder.

I’m glad some people still have a brain and can see through the bull sh*t.

Vegan Meats. Our meats are the finest selection of Deer and Horses meats available. Only the finest meets receive the Vegan Label. If your taste is domestic raise animals, please choose the horse meet, raise by a loving family who cared for these horses for years. Each Horse meet steak, roast or burger comes with a letter of “Vegan” authenticity including the name of the horse and family who raised it. Skeptical? Just call the included phone number to speak with the family and verify the cause of death on “Betsy the Mare”. Only the finest causes of death accepted.… Read more »