Signed into law last week, the bill aims to help producers, but it’s not yet clear what the impact might be. 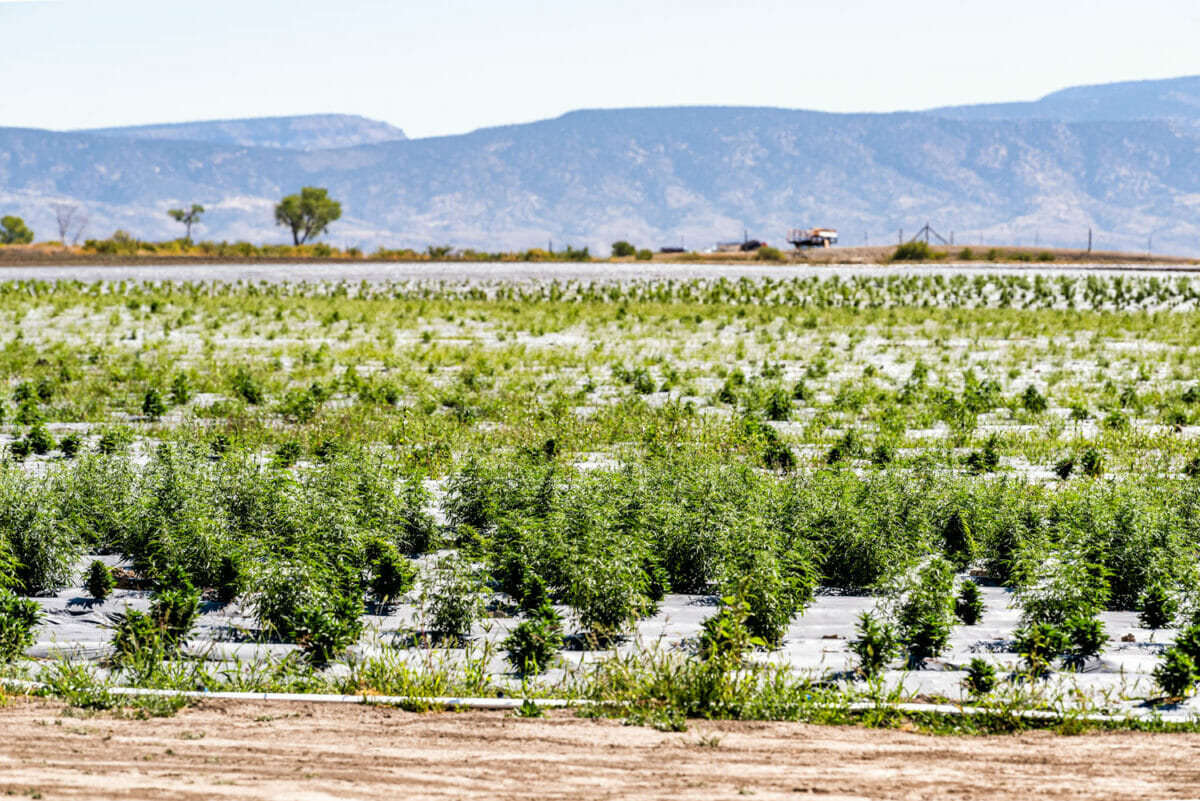 How far can a speck of pollen travel? That depends on a myriad of factors, but if that bit of pollen comes from a plant in an open field in Colorado, it can travel pretty far. Average wind gusts around the state are usually around 20 to 30 miles per hour, but they can get as high as 100 miles per hour. In a hot, dry climate with not a lot of moisture in the air to slow that pollen down, it can go the distance.

If that pollen happens to come from a hemp plant, it can cause problems.

Many cannabis and hemp farmers in Colorado farm outdoors, which can lead to cases of cross-pollination, since hemp and cannabis are the same plant species. Hemp is just cannabis with less than 0.3 percent THC (the compound that gets you high).

At about six weeks into the growth cycle, cannabis and hemp plants show either male or female traits. Only the female plants are grown for buds or flowers. The male plants are culled or they’ll spread their pollen far and wide, which can result in cross-pollination of outdoor plants. For cannabis farmers, hemp pollen could lessen the potency of their crop or create new strains that growers don’t want. For hemp producers, this can raise the THC percentage of their plants beyond acceptable levels, ruining their crop.

The new House Bill 21-1301 bill in Colorado, signed into law by Governor Jared Polis, aims to address cross-pollination, along with other measures to make growing cannabis easier for producers. The bill will do a few things, including allowing cannabis producers to submit their own crop-loss contingency plans to the state for approval. It will also create a working group to study ways to reduce cross-pollination.

Some producers say they’re cautiously optimistic about the plans, and they agree with the spirit of the arrangement. Zachariah Dorsett, chief growth officer at Blue Forest Hemp Farms, says he’s supported government measures to prevent cross-pollination in the past, such as female-only growth ordinances. While he’s not sure what the state working group might find, he believes this review is the responsibility of the government. “We like doing the research, and we’re a research-based organization, but it really shouldn’t be the burden of the businesses to do the research that’s going to form policy,” he says.

Hemp and cannabis are two of Colorado’s major industries. Cannabis brought $2.2 billion into the state last year, its highest-selling year to date. Colorado is home to more hemp plants than any other state in the country, with close to 45,000 acres cultivated. It makes sense, fiscally and at a community level, to figure out how these two crops can grow side by side.

But some growers say they just can’t. What’s more, they say they might never be able to.

Cannabis grower AJ Mullins isn’t as optimistic as Dorsett when it comes to the future of the working group. “The only way you could [prevent cross-pollination] would be to eliminate hemp altogether and have all of the cannabis growers plant clones, and it’s just not practical,” says Mullins, whose company AJ’s Craft Cannabis grows plants indoors in part because of possible issues of cross-pollination. “So, it’ll never happen.”

He anticipates that the recommendations the group will return will be more of the same—such as buffer zones and counting mileage between farms, trying to spread out even further afield. Mullins doesn’t see the bill as achieving much in that regard. “It’s futile,” he says. “When they’ve tapped themselves on the back and said ‘good job, we moved [the buffer zone] to five miles’ or whatever it’ll be. And it’ll help. I’m not saying it’s not going to help. But there are so [many growers].”

Of course, there’s no telling yet what recommendations the working group could report. It may suggest new zoning restrictions for crops, more female-only growth ordinances or designate strains and clones to specific areas. Or there could be a brand new solution that’s not yet on the table. The possibilities are why hemp grower Dorsett still supports the measure.

“We have also encouraged our partners throughout the country to support measures like this,” Dorsett says. “There’s enough land for everybody to grow whatever they want to grow. But I just think it’s about being a good neighbor and creating a sustainable economy for everyone.”

The working group will convene by November 2021, and it is set to have recommendations back by June 2022.