An average cereal farm in Scotland could grow a legume crop for one year in a five-year cycle and reduce the amount of nitrogen fertilizer needed over the entire cycle by nearly 50 percent. 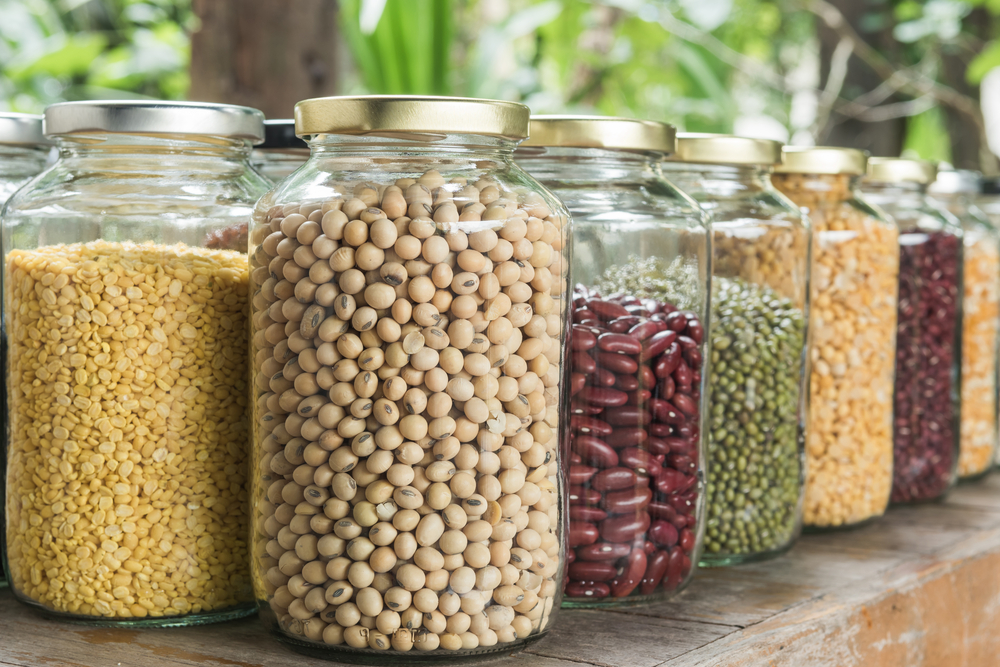 Peas, lentils, chickpeas, beans and peanuts: if it comes in a pod, then chances are it’s a legume. These unassuming food crops have a special ability that makes them fairly unique in the plant kingdom.

They can convert nitrogen gas—which is abundant in the air—to something altogether more rare and important to plants: ammonia. Ammonia can be immediately converted to proteins within a plant, helping it grow. That’s why legume crops don’t need nitrogen fertilizer, and they even leave some of the nitrogen they produce in the soil for other plants to use.

Most modern farms add nitrogen to fields in synthetic fertilizers. Since the 1960s, annual nitrogen fertilizer production worldwide has increased by a staggering 458 percent, boosting cereal production in Europe to more than 188 million tonnes a year. At best, half of the nitrogen fertilizer applied to farmland will be taken up and used by the crop. Much of the remainder is lost to the atmosphere, often in the form of nitrous oxide—a greenhouse gas 300 times more potent than carbon dioxide. Some of it leaches into freshwater stored deep underground, predominantly as nitrate.

The most comprehensive study to date found that in the early 2000s, nitrate pollution in drinking water had shortened the lifespan of the average European by six months by promoting conditions such as methemoglobinemia, thyroid disorders and gastric cancer.

Sometimes, the simplest solution is the best one. By reintroducing an age-old system of growing legumes in rotation with other crops, farms could slash the amount of fertilizer they use while producing nutritious and wildlife-friendly food.

In a recent study, we found that using legumes in conventional cereal crop rotations can deliver the same amount of nutrition but at a markedly lower environmental cost. That’s because some of the nitrogen that cereal crops need is provided by the previous year’s cropping of legumes on the same field.

As grain legumes such as beans, peas and lentils have more protein and fiber by weight than cereal crops such as wheat, barley and oats, we calculated that an average cereal farm in Scotland could grow a legume crop for one year in a five-year cycle and reduce the amount of nitrogen fertilizer needed over the entire rotation cycle by nearly 50 percent, while producing the same nutritional output.

By using substantially less fertilizer, greenhouse gas emissions would be expected to fall by as much as 43 percent over the same period. Grain legumes can also be used as animal feed along with cereals—providing more digestible protein at lower environmental cost.

Scientists only discovered the process by which legumes take nitrogen from the air in the late 19th century, nearly a hundred years after they discovered elemental nitrogen. Special tissues on the roots of legume plants provide a safe haven for thousands of nitrogen-fixing bacteria. In return for a steady supply of sugars, which the legume generates in its leaves using photosynthesis, these bacteria provide ample nitrogen in a form that’s most useful for plant growth.

After the crop is harvested, the legume residues decompose and deliver the useful nitrogen to the soil so that other plants can use it. These crops even work as green manure, by ploughing the still growing plants into the soil to give it more nitrogen.

But legumes crops offer many more benefits beyond reducing how much farms rely on fertilizer. Diversifying crop rotations with legumes can reduce the incidence of cereal pests and disease by cutting off their life cycle between years and reducing the need for pesticides.

By virtue of their deep roots, many legumes are also more resistant to drought than conventional crops. Legume flowers provide an excellent source of nectar and pollen for pollinating insects too, and consuming more legumes in the human diet offers a wide variety of health benefits.

Despite all these positives, legumes are not widely cultivated in Europe, covering only 1.5 percent of European arable land, compared to 14.5 percent worldwide. In fact, Europe imports a lot of its protein-rich crops from South America, where booming demand for soya beans is driving deforestation. It’s high time farmers in Europe restored these wonder crops to their fields—for less pollution and more nutritious food.