The Craft Beer Industry Reckons with Widespread Allegations of Abuse

Sweeping claims of sexism and harassment are hitting the beer world. 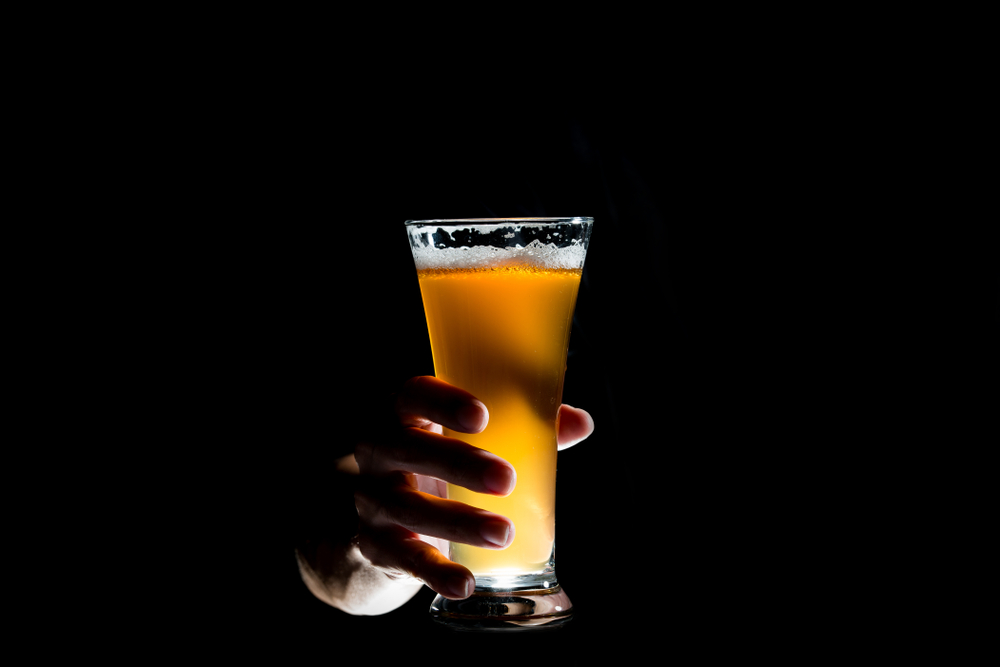 Last Tuesday, Brienne Allan, a brewer and production manager for Notch Brewing in Salem, Massachusetts, left her home to visit the second location the brewery is building in Boston. It was the first time she’d been to the new facility since the pandemic hit last spring.

On that first day back, she says she was approached by two different men who questioned her credentials, putting her on the spot and forcing her to validate her experience—something with which women in all industries are all too familiar. “The one day I left my house, I got harassed—twice—at the brewery,” says Allan, who reports having encountered sexist behavior less frequently while quarantining at home.

Frustrated by the exchanges, Allan posted a story on her Instagram (@ratmagnet) last week, with a caption “I didn’t miss sexism!” She soon followed up with an open question for her followers: What sexist comments have you experienced? The responses rolled in from there.

At first, Allan’s female followers shared how they frequently hear comments like “women can’t brew” or condescending questions such as “do women even like beer?” But it soon spiraled into a flood of messages from other individuals who have been affected by the craft beer industry’s rampant issues of sexism, racism and prejudice.

Craft beer is notorious for its lack of diversity and for being a vastly white- and male-owned industry. According to a 2019 report from the Brewers Association, the trade group for independent breweries, only about 7.5 percent of brewers are women. Eighty-eight percent of the people who own craft breweries are white, while American Indian or Alaska Native make up 4 percent, Asian and Hispanic both at 2 percent and Black brewery owners make up 1 percent.

As the agriculture, restaurant and wine industries have before, craft beer is now reckoning with sweeping allegations of abuse. Allan is helping to facilitate those discussions on her Instagram page, where she has anonymously reshared the stories of workers who report being sexually harassed by other staff, owners and customers. “It goes from consumers to reps to front of house staff to production to owners. It’s everybody,” says Allan.

Not every claim has yet been verified, but some organizations are already taking steps to prevent further abuse. “It’s been incredibly productive in the last seven days,” says Allan. “The most progressive thing I’ve seen so far is predominant beer festivals coming together and putting together a code of conduct that participating breweries have to abide by, and creating ways for people who have been victimized to report abuse safely and easily.”

Most craft breweries, many of which have 50 or fewer employees, often lack a true HR department, leading to employees being afraid to speak up to the brewery’s owner. Today, Jean Broillet IV, owner and founder of Tired Hands Brewing in Ardmore, Pennsylvania, stepped down following allegations of sexism and racism that were shared anonymously.

“Obviously, I want this to not be a thing anymore,” says Allan. “I hope that everyone finds peace at some point within this process, whether it’s reckoning with their own behavior or people who have been victimized and haven’t seen justice.”

Popular
7 Smokable Plants You Can Grow That Aren’t MarijuanaBrian Barth
The Fertilizer Shortage Will Persist in 2023Shea Swenson
Agricultural Runoff Pollutes Well Water, a ‘Public Health Crisis In the Making’Madison McVan, Investigate Midwest
Move Over, Mezcal. A Sustainable Tequila Alternative Is Taking Over.Hollie Stephens
Why Don’t We Eat Turkey Eggs?Dan Nosowitz
Explore Modern Farmer
Related
Features, Food & Drink, Fungi
Could New York Become the Mushroom State?Sara Foss
Food Security, news
Record-Breaking Egg Profits Prompt Accusation of Price GougingClaire Carlson, The Daily Yonder
Features, Personal Essay, Water
The Cold Swim HomeMarcie Callewaert
Books, How-To, Lifestyle
How to Turn Your Garden Into a Business, No Matter the SizeEmily Baron Cadloff
wpDiscuz
We use cookies on our website to give you the most relevant experience by remembering your preferences and repeat visits. By clicking “Accept”, you consent to the use of ALL the cookies.
Cookie settings ACCEPT
Privacy & Cookies Policy