Cracked Bridge Over Mississippi River Could Have Major Effects on Agriculture

With a vital part of the river closed, barges carrying crops waited in line. 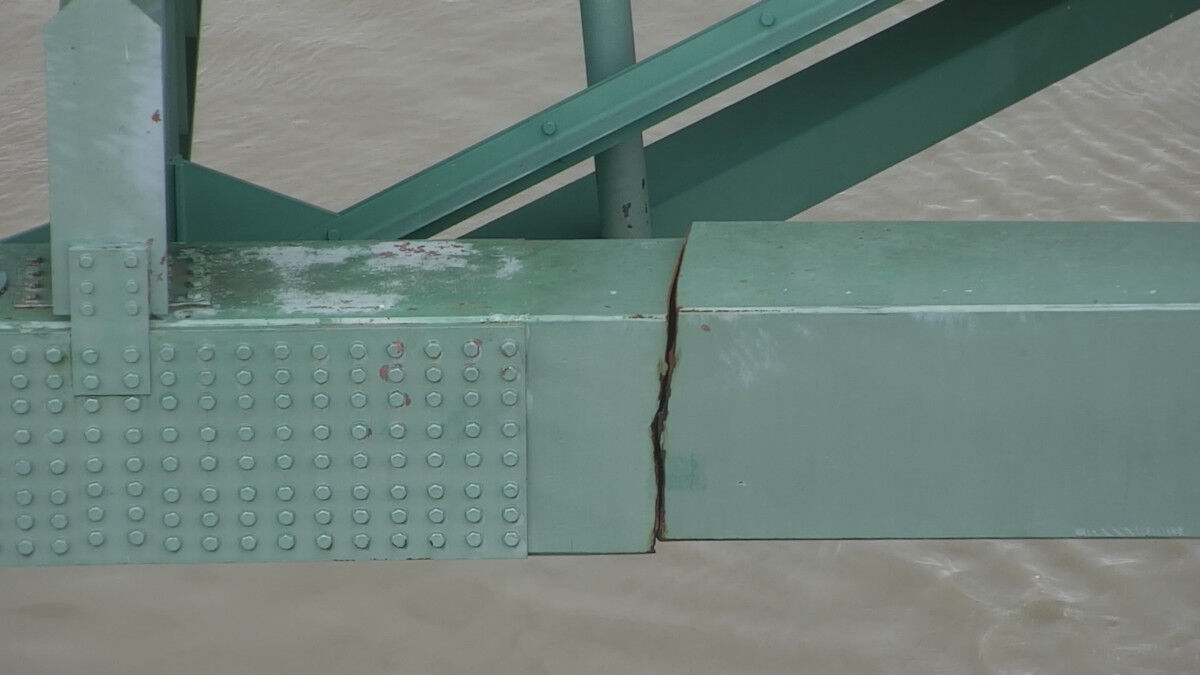 A crack in a bridge in Tennessee over the Mississippi River could disrupt huge shipments of corn and soybeans from growing regions up north to transportation down south.

Last Tuesday, during a routine inspection, an engineer frantically called 911, demanding that all traffic over the busy Hernando de Soto Bridge be halted. That bridge reaches from downtown Memphis, Tennessee across the river into Arkansas, stretching over the Mississippi. The engineer had discovered a gigantic crack in one of the bridge’s beams, which could have led to a total collapse. (The inspector who conducted inspections in 2019 was later fired, although the Arkansas Department of Transportation said that the failure was not attributable to just one person.)

With the bridge closed to road traffic, the US Coast Guard also halted all river traffic, for fear that a bridge collapse would, well, collapse onto whichever river vessel was underneath it at the time. This eventually led to a backup of 771 barges by Thursday, all waiting for the go-ahead and hoping their cargo would hold.

An estimated 80 percent of those barges were carrying corn, according to AgWeb, and in response to the backup, China began to cancel some of its orders. The price of corn dropped as sellers hurriedly tried to find ways to circumvent the blockage, usually by rail.

The damage on the bridge is still being ascertained, as inspectors try to figure out if they can even safely place a repair crew on the bridge. According to the Associated Press, repairs could take months.

By Friday, the waterway was declared safe for barges to pass, and the backup was cleared over the weekend. But, according to the American Journal of Transportation, there are likely to be more closures, albeit temporary ones, over the coming weeks and months as crews work to ensure that the bridge is repaired and safe to use.

Weld that sucker back together, and DRIVE!