Several new cattle deaths in Oregon may be the latest in a long line of mysterious mutilations. 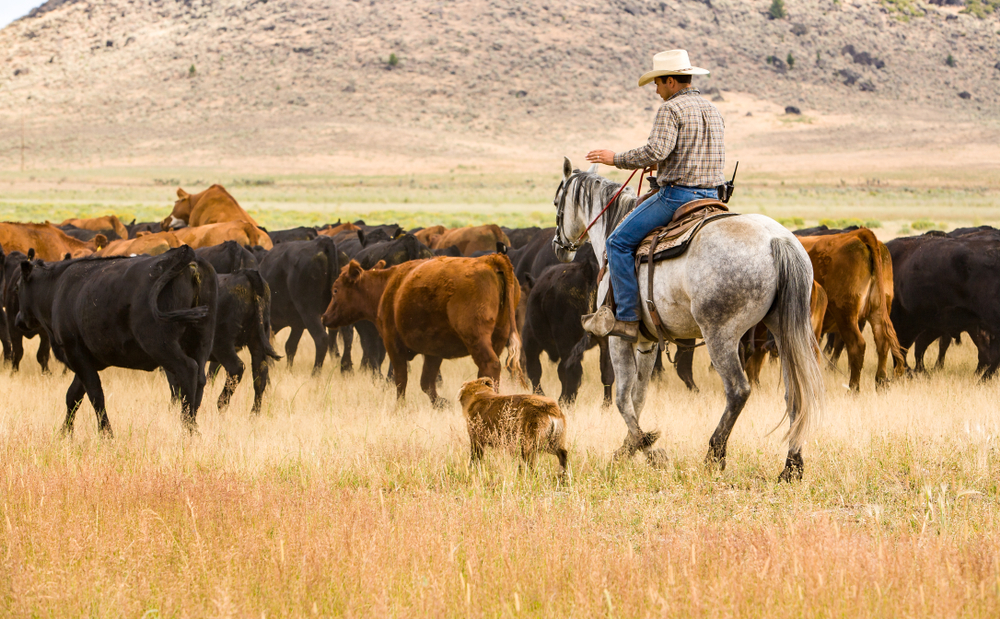 Normally, the unexpected death of adult cattle is a financial burden, and maybe an emotional burden, on the ranchers who owned them.

But there are some cattle death stories, which gained fame dating back to 1967, that aren’t ordinary deaths. KTVZ reported last week that, in Crook County, Oregon, the sheriff’s office is investigating the death of “several” cattle. It looks like an ordinary story. It isn’t.

These particular types of deaths are usually referred to as “cattle mutilation,” and they have a very strange, conspiracy-ridden history. There are certain things in common. The cattle will be missing certain body parts, typically genitals or eyes. There will be cuts described as “surgical” in their unusual neatness. The cattle will not have displayed signs of illness prior to their sudden demise. And there will be no blood.

These cattle mutilation stories first gained fame in 1967, although that initial case actually involved a horse rather than a cow or bull. Stories of cattle mutilation bubbled up from across the American West through the 1970s, and the FBI actually conducted an investigation—which was inconclusive in terms of finding a motive or perpetrator. They did find some stuff in the autopsies which seemed odd: the absence of copper in the liver, for example. The FBI investigation, which you can read here, includes theories ranging from “dropped from a helicopter” to “injected with anti-coagulants.”

The stories gained some fame; every once in a while, there’ll be a big fun feature in a magazine, starting with a 1975 Alexander Cockburn story in Esquire. Conspiracy theories run rampant, and they cover just about all the usual bases: aliens, cryptids like the chupacabra, Satanic cults, government cover-ups.

There’s also, of course, the skeptic’s explanation. Those precise, surgical cuts have been demonstrated in experiments to also be found when a dead cow bloats, tearing the skin neatly. Some insect scavengers like blowflies do tend to go for eyes and genitals; those are soft portals to the inside of the animal.

In any case, this newest case involves three or possibly four head of cattle, which the sheriff’s department said had “certain body parts” removed. Extra patrols to the rural area will be provided. The mutilations followed others scattered throughout eastern Oregon in recent years.

These mutilations have been going on for decades, throughout the world, and if they were mere organisms eating the soft tissue, one would think we have have had witnesses to the various stages of these organic mutilations by now. Alas, not even one witness to any stage of such an organic mutilation which has been observed. Moreover, ranchers tell us that, when a cattle dies, scavengers feed on the carcass. However, in every case of mutilations, none were molested by scavengers of any kind, vultures, etc., avoid them like the plague. Tests on the liver of some animals were done,… Read more »

Do some research. John Keel. He wrote a lot about blood draining and how it relates to the superspectrum and ultraterrestrials. There isn’t a diffinitive answer, but there are so many cases where people have actually seen others in their fields.

Why not lets be honest? A rancher named Larry Gardea saw it happen before his eyes in 1994. UFO’s have been witnessed close to the scene of mutilations. Case closed.

This happened so frequently in the town my father grew up in that they canceled Halloween out of fear that some cultist like people were responsible. They also have a large nuclear facility in that region.

People need to understand a cow is just a giant lab rat thats been outdoors in the same general vicinity for the last few months. The organs removed are many of the same ones a pathologist would run tests on for exposure to certain man made things that escape into the enviroment from time to time, things that would freak people out if they knew. Anything with the technoloigy for interstellar travel would never need to make repeat visits to gather tissue samples of cows if they ever needed to once in the first place. If you want to blame… Read more »

What about a horse thiefs worthless offspring? I believe I have the most notorious horse thief located in Hollywood California. West side of LaBrea and 3rd. The big bad wolf I hear is his name. He looks like Donald Trump s dad?

Even the picture of the extraterrestrial mutilating cattle looks like this guy no lie.

Popular
Is Agroforestry the Key to Hardier Row Crops?Shea Swenson
7 Smokable Plants You Can Grow That Aren’t MarijuanaBrian Barth
Where Has All the Mustard Gone?Chloe Faure
Why Don’t We Eat Turkey Eggs?Dan Nosowitz
Goat Sex: Everything You Wanted to Know But Were Afraid to AskAndrew Amelinckx
Explore Modern Farmer
Related
Animals, Environment, Technology
Alaskan Salmon Face a Stream of New MinesBecki Robins
Animals, MTMF
Meet the Maine Teenager-Turned-Landscaper Thanks to Grazing GoatsBridget Shirvell
Animals, Environment, Health
To Stop New Viruses Infecting Humans, We Must Protect Bat HabitatAlison Peel, Peggy Eby, Raina Plowright
Animals, Food & Drink, Lifestyle
The Great (Sticker Shock) ThanksgivingLindsay Campbell
wpDiscuz
We use cookies on our website to give you the most relevant experience by remembering your preferences and repeat visits. By clicking “Accept”, you consent to the use of ALL the cookies.
Cookie settings ACCEPT
Privacy & Cookies Policy