The conservative coalition in Poland is divided over the issue. 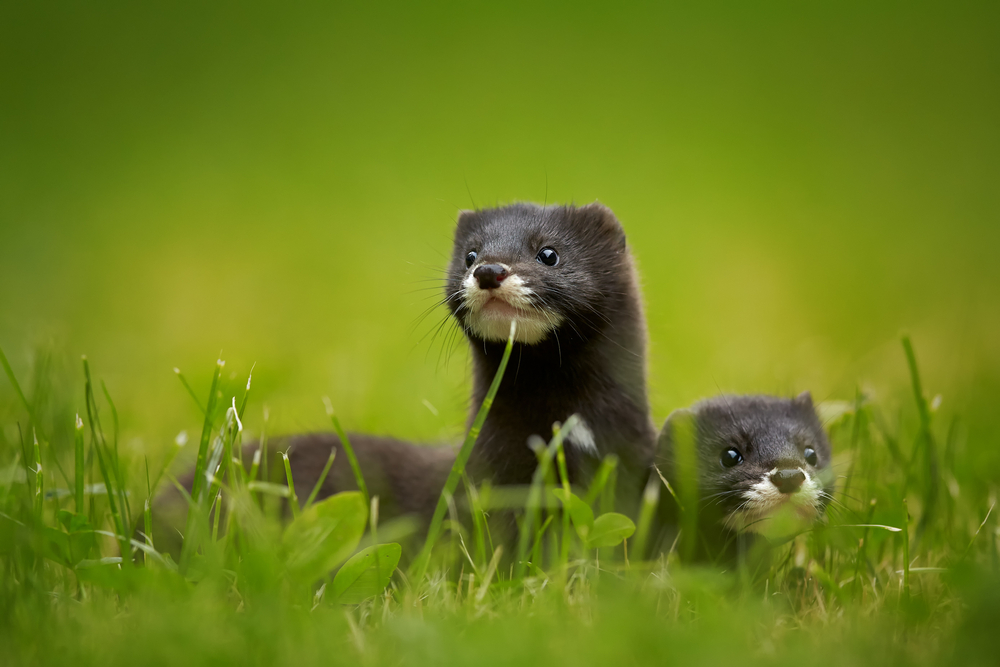 Earlier this year, a documentary about the mink farming industry in Poland was released to widespread horror within the country.

As a result of responding legislation, the ruling parties in Poland—several conservative parties—are tearing themselves apart, reports Marc Santora at the New York Times.

That documentary is titled, in translation, “The Bloody Business of Fur,” or thereabouts. The film shows truly horrific footage of what happens behind the scenes at mink farms, and reveals ties between powerful Polish politicians and the fur industry. The Times notes that Poland ranks third in its output of fur from the mink, an animal in the weasel family, though the largest mink producer, the Netherlands, recently shut down entirely due to the COVID-19 pandemic.

With public opinion firmly tilted in favor of halting or changing the Polish mink industry, legislation was introduced to substantially change animal welfare in Poland. The proposed bill would ban mink farming entirely, and also ban the use of wild animals in circuses as well as several other animal welfare restrictions. While the bill has significant approval ratings, many of the country’s most powerful representatives oppose it.

The New York Times story reveals a web of intrigue and infighting among the three right-wing conservative parties that together form a conservative ruling coalition. The leader of the dominant party in the coalition, which is called Law and Justice, supports the bill, and is known as a lover of cats. (The country’s president, Andrzej Duda, is officially an independent, but was in the Law and Justice party and only withdrew after his election, saying he thought the president should not be a member of any party.)

But members of the Law and Justice party, along with members of parliament from the other two coalition parties, firmly oppose the bill. “If we decide that animals are more important than people, it will mean the end of Christian civilization,” the Polish minister of agriculture told a radio station, according to the Financial Times.

The greater Polish agriculture industry also fears that the new restrictions would harm the meat producers there; Poland is a significant producer of pork, and a slightly less significant producer of beef. But the major argument seems to frame banning mink farming as a cultural issue, an example of liberalism run amok. Some on the Polish far right have managed to connect banning mink farming to the LGBT community, a common target for these politicians and public figures. Anti-LGBT sentiment is rampant in Poland, with one 2019 survey finding that “the LGBT movement” ranked as the single biggest threat facing Poland, among men under 40 years old.

Reports indicate that the fur farming bill may result in the collapse of the conservative coalition, a fear that prompted the head of the Law and Justice party into a more prominent role as deputy prime minister, hoping to keep the coalition together.

Popular
The Rise of At-Home Hydroponic GardensBridget Shirvell
How to (Actually) Get Rid of Fruit FliesEmily Baron Cadloff
7 Smokable Plants You Can Grow That Aren’t MarijuanaBrian Barth
Goat Sex: Everything You Wanted to Know But Were Afraid to AskAndrew Amelinckx
6 Differences Between Llamas and AlpacasAndrew Amelinckx
Explore Modern Farmer
Related
Environment, Politics
Fewer Than Half of Applicants Receive Federal Conservation FundingEmily Baron Cadloff
Animals
How Can Farmers Coexist With Wolves?Dan Nosowitz
Environment, Politics
USDA Accepts More Than 2.5 Million Acres in Grassland Conservation ProgramDan Nosowitz
Environment
How Has Hurricane Ida Affected Agriculture and Food?Dan Nosowitz
wpDiscuz
We use cookies on our website to give you the most relevant experience by remembering your preferences and repeat visits. By clicking “Accept”, you consent to the use of ALL the cookies.
Cookie settings ACCEPT
Privacy & Cookies Policy