Food for Free: This Arizona Man Forages 78% of What He Eats - Modern Farmer
Food & Drink

Food for Free: This Arizona Man Forages 78% of What He Eats

Mark Lewis wants to teach you how to forage. 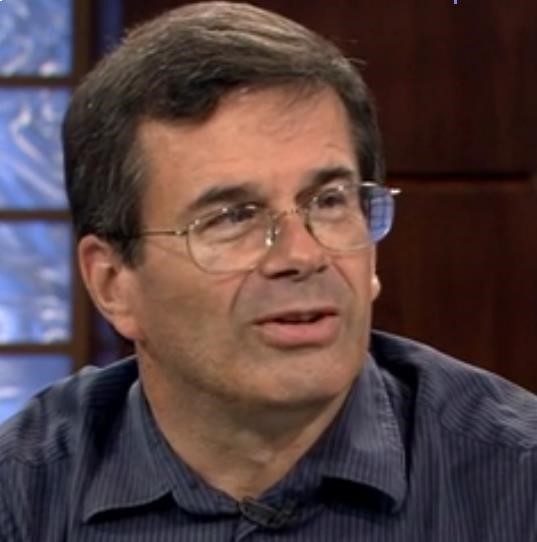 The retired economic botany professor and Arizona resident first learned how to forage food when he was a boy in Baja California. His grandfather took him out into the desert with nothing but a knife and taught him how to identify hundreds of edible plant species. He’s been foraging food ever since, and with that has come a close relationship with what he eats, something he feels is missing in today’s world. It’s become too easy, convenient and cheap to buy food from supermarkets in the United States. Along with that, he says people have become entitled and expect to always have access to certain foods.

“People need to be more thankful for the things they have. I think people have gotten away from that,” Lewis says. When people have to put hard work into finding food, they value it and they don’t waste it, he adds.

Lewis and his wife forage 78 percent of the food they currently eat. He says they used to forage 93 percent of their food, but they’ve started eating more at restaurants as they’ve gotten older. Their pantry is packed full of stems, seeds, nuts and other foods they’ve foraged, pulled out of their yard, or harvested on their farm where they grow 100 edible native plants. They gather duck and quail eggs, and hunt for squirrels, rabbits and pack rats. Lewis, a member of the Pajaspuypayem tribe, trades some of his food to other Indigenous tribes for things he can’t find or grow, such as buffalo steaks and honeydew melon.

Foraging is a daily activity for Lewis. He took eight or nine major trips out of town this summer to visit specific places he knows he can find certain foods. One of the few things Lewis buys at the store is Clorox. “We’re not finding a lot of Clorox out there,” he says.

His home is somewhat of a food factory, where some kind of foraged food is constantly being processed, dried or packaged. Lewis says people are often surprised when they peak into his pantry—both by what he is able to forage, as well as the fact that there are things they didn’t know were edible.

“As you open the doors, and look in there, you’ve got every kind of jar and different containers. It’s just when you get a little closer when you realize there is something kind of Addams Family happening here. People get scared,” he says.

Lewis taught economic botany at Arizona State University for 33 years before he retired in 2015. He now teaches chefs how to forage and how to cook using those ingredients. He runs a booth at a farmers’ market in Scottsdale, where he preaches the benefits of foraged foods, holds cooking demonstrations and is planning on selling native food plants. He also teaches at reservations around Phoenix, and has been dismayed that even there, people have gotten away from simple farming and from identifying common weeds they could eat.

Lewis gets disheartened when chefs he teaches throw out foods he has harvested for them. Their mindset seems to be that they can always buy more of a certain ingredient. But Lewis wastes very little and rarely passes on an opportunity to collect food. He recalls one time when he gathered volcano salt for a chef, who accidentally spilled it on the floor.

“I was mortified. All I could do was see how much work and how hard that was and how hard it would be to replace it,” he says. “And all he saw was a tiny little pile of sand on the floor. He thought it was nothing.”

While a popular narrative about the pandemic is that it has forced more people to think about where their food comes from, Lewis sees it differently. He fears that the COVID-19 crisis has actually pushed people even farther away from the source of their food, as they order takeout from restaurants more than they used to. Lewis worries that people will grow up thinking food just comes from a box that Amazon delivers, when it really grows all around us, in our backyards and in the trees we walk past every day.

Most people first think of jams and jellies when they wonder what they can make with foraged foods. But Lewis wants people to see foraged ingredients as equal to any food, and worthy of more complex dishes. Below is his recipe for Spaghetti del Vinaiolo AZ, or Foragers’ Spaghetti.

I teach incredible wild edibles as well and and with covid I have seen many newbies have come on to the scene. As long as they continue to learn and teach I think you will see a swing toward more wild harvested food. They are not afraid to try test and harvest new wild foods as well. I also teach learning chefs at a culinary school . They are amazing I show them the plants and they bring them back into the kitchen and create .

Lovely! Poor us in the Pacific Northwest. Advice??