This Modern Farmer is Helping Turn Hides into Timbs

Do these boots come in regenerative? 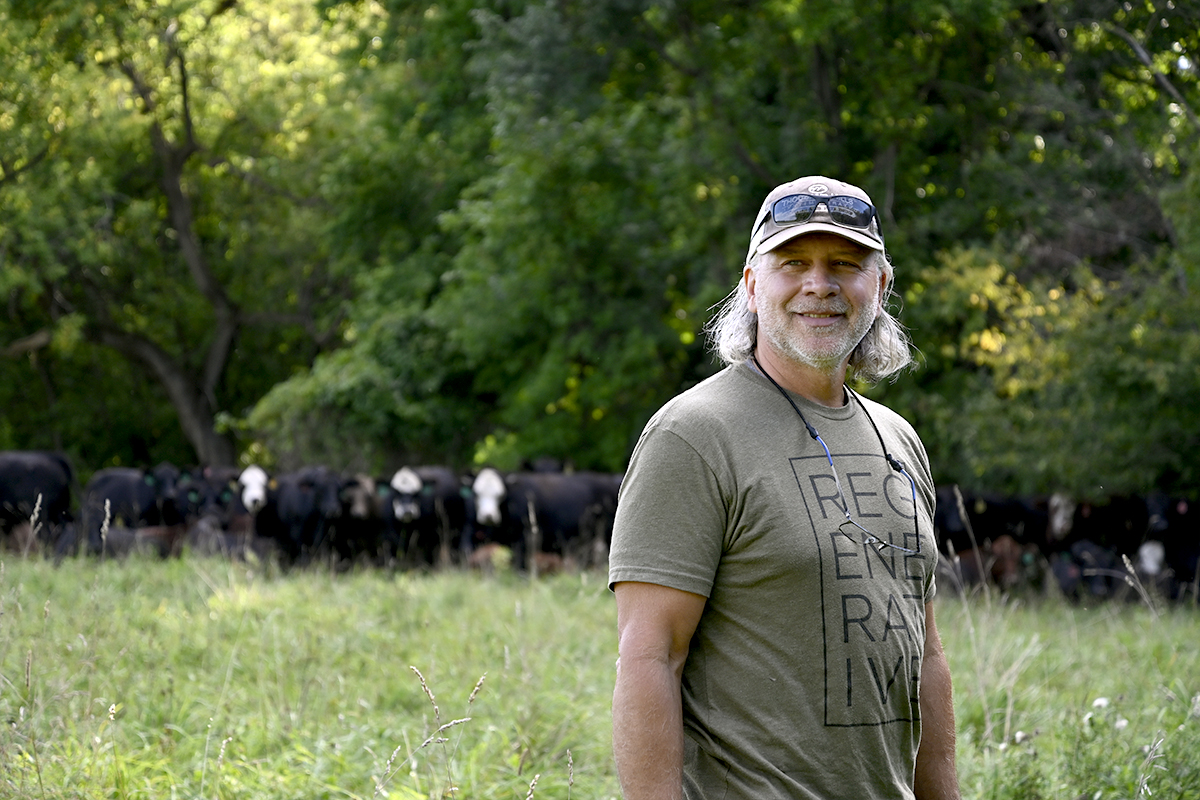 Ever since Matt Maier returned to the countryside of his childhood, he has been working to undo some of the damage done to the land. He’s been part of restoration efforts and used regenerative methods in his own grass-fed operation. Now, he’s dipping his toe in something a little different to continue the effort: fashion.

Maier recently signed a deal to provide hides to Timberland for a new brand of boots, a logical extension of his grass-fed beef operation, which sells every part of the cow, from tongue to bones. He sees this as part of his larger mission to restore the land he grew up on.

“Hide is such a big part of the animals… People can vote with their dollars that align with their values about how they see our food system and our land,” Maier says. “From a big picture, those dollars fall back into the rural economy and support regenerating the land.”

Maier has fond memories of working on his father’s 120-acre farm in the grasslands of Clearwater, Minnesota, surrounded by picturesque rolling hills. Maier lived in Minneapolis working in food marketing for years before he decided to move his family back to Clearwater in 2000 to share the joys of rural living. But the place he found when he returned was unrecognizable. He was struck by the reduction in wildlife, eroding fields and lack of insects that he says are the result of the practices of large, industrial producers that were dominating the region.

“[They] weren’t stewarding the land, they were just extracting their crop and applying inputs,” he says of the large operations. “I could see the destruction and I wanted to do something to improve our food system.”

Since his return, he’s been focused on how he can help restore the land to its former glory. He now raises grass-fed beef on 700 acres in Clearwater, and owns Thousand Hills Lifetime Grazed—a company that sells grass-fed beef. The operation sources cattle from around 60 farmers and ranchers across the country, who are all committed to using regenerative methods.

Maier says his company’s partnership with Timberland has been an ideal opportunity to get grass-fed beef and regenerative agriculture some much needed attention. The initiative is part of a pledge by the clothing company to have a “net positive” impact on the environment by 2030. The boots are set to be released on October 1.

Maier is hoping Thousand Hills Lifetime Grazed can branch out into other animals like pastured hogs or poultry. He’s also thought about including apiaries to make honey. Ultimately, Maier wants to inspire more people to use regenerative methods and to be good stewards of the environment so that the land is left in a better place than when it was found.

“This is something that has a purpose that’s much bigger than myself, that can last for generations,” Maier says. “And it doesn’t surprise me, because it’s what nature designed.”

Congratulations and Thank you, Matt!! And good luck!