It took more than two decades to breed these varieties. 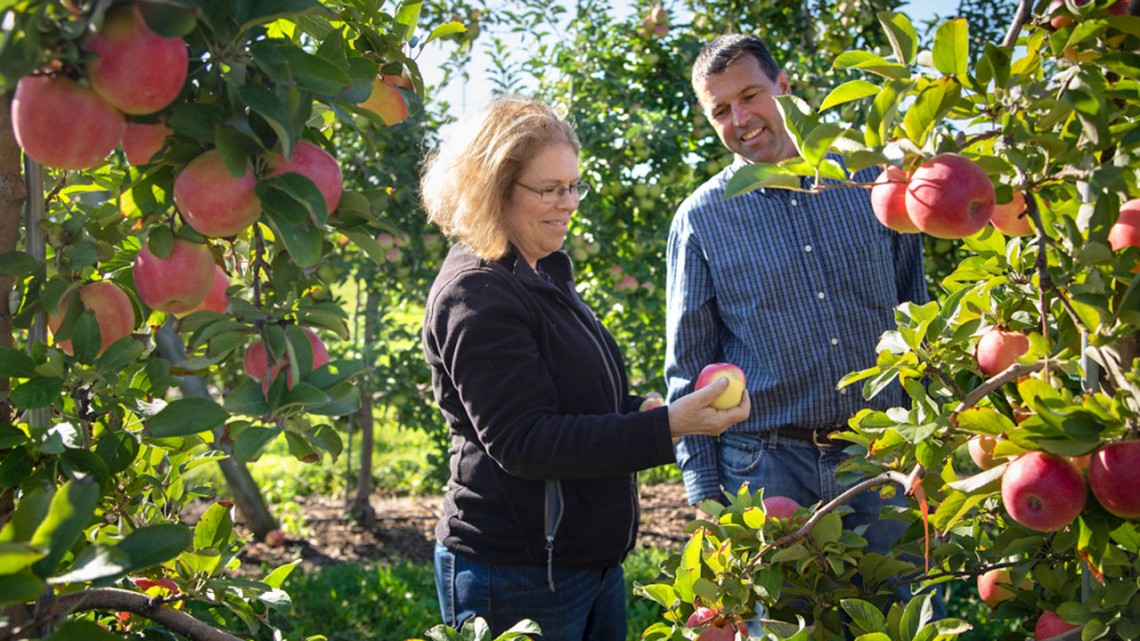 It wouldn’t be a stretch to say apples are a centerpiece of American agriculture.

The industry boasts $5 billion annually in farm and wholesale value and $1 billion in exports. Next to China, the United States is the second largest apple producer in the world. Apples are also the number one consumed fruit in the US.

With more than 100 varieties grown across the country, there is a lot of competition and choice that has maintained the reputation of America’s apples. And this month, three more homegrown varieties from Cornell University were introduced into the mix.

The apples, called Pink Luster, Firecracker and Cordera, are fresh additions to the long list of new varieties created by scientists at Cornell University, the country’s oldest breeding program. Each apple has unique attributes, which look to meet different needs in the market, says Susan Brown, a professor of agriculture and head of Cornell’s apple breeding program. She says that these apples have a crispiness and ideal juice content that older ones won’t be able to match.

Firecracker, for example, is just as the name suggests, bold and bursting with flavor. Brown says this makes it a well rounded apple for cooking, eating on its own or using in a hard cider.

“It’s kinda like shock tart—really sweet and really acidic,” she says. “For us, it was like if kids love these candies, why not give them a natural one?”

Brown worked on these three apples with her team for about two decades to perfect them before they put them on the market. The team used conventional cross pollination to breed these varieties.

Because they’re being offered on what’s called an open release, any apple farmer across the country, big or small, urban or rural,can produce or sell them. Brown, also the mastermind behind the SnapDragon and RubyFrost apples, says Canadian and European farmers have already started reaching out to her about her latest breeds.

The skin of the Firecracker apples is made up of tiny cork cells that make it look like it’s russeting, which could be mistaken as an abnormality, but Brown explains that this gives the skin a nuttier flavor. It’s unique in its profile that way, she adds, as most apples don’t have an initial taste that reaches one’s palate. This variety does.

Pink Luster, a sort of cross between an Imperial Gala and a Honeycrisp, has more of a mild, familiar flavor. According to Brown, part of the goal was to develop an apple that would appeal to a wide variety of people, as she knows that not everyone’s tastes are the same. 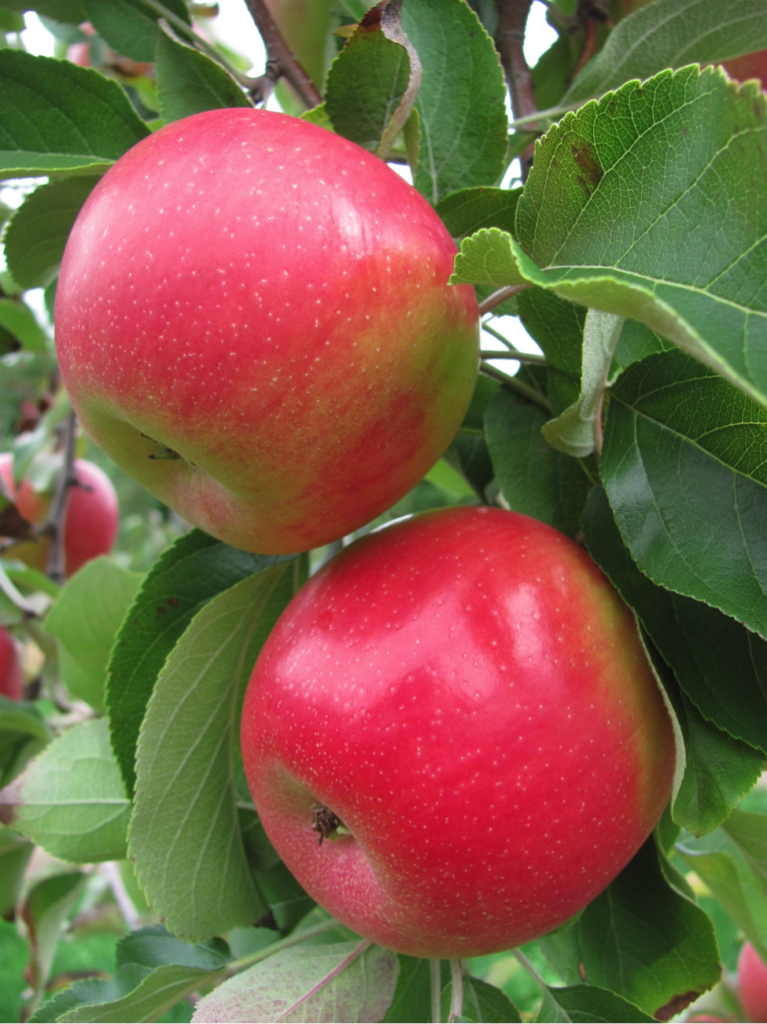 John Halsey, of the Milk Pail Fresh Market and U-Pic, has been testing the Pink Luster apple since 2007 on his family’s orchard in Water Mill, New York, where they offer samples to customers and collect feedback that is sent to Brown.

“It’s such a beautiful looking apple on the tree in size and color, folks just can’t resist them,” he says. “And it has an enjoyable, lingering taste after you chew it…This is one that people really like. There’s no question about it.”

Now he can finally sell it and because customers have gravitated towards the apple for its appearance, it’s going to be a front-runner for the farm’s U-Pic program, Halsey says. The apple’s skin that has a blend of sun-kissed pink and creams, contains genetic traits to ensure it doesn’t brown. But as a smaller farm introducing a new variety, Halsey says that Cornell’s open access has allowed his family’s orchard to compete with larger retailers that tend to monopolize the industry.

As the third variety, the Cordera apple was developed to appeal to both organic producers and home gardeners who don’t spray their trees with pesticides. Not only is it resistant to apple scab, which is one of the most serious fungal diseases plaguing orchards, its flavor strikes a fine balance between sweetness and acidity.

Mark Bowker, crop expert at Wegman’s Organic Farm, has had the apple as test samples over the past five years and also reports feedback to Brown. He says a scab resistant apple tends to have a high acidity content, which is generally not popular with customers.

“On the East Coast, having an apple that has scab resistance is really, really important to us that makes our lives infinitely easier,” he says. “And this Condera has the crunch of a Honeycrisp and a lot of sweetness. We’re excited about it for that reason.”

He plans to have the apple available in New York’s Wegman’s grocery stores starting in October.

Brown says her team is working on a few more varieties that will be released in coming years. She is optimistic that all three varieties will take off across the country. She doesn’t put multiple decades of work into creating an apple for nothing.