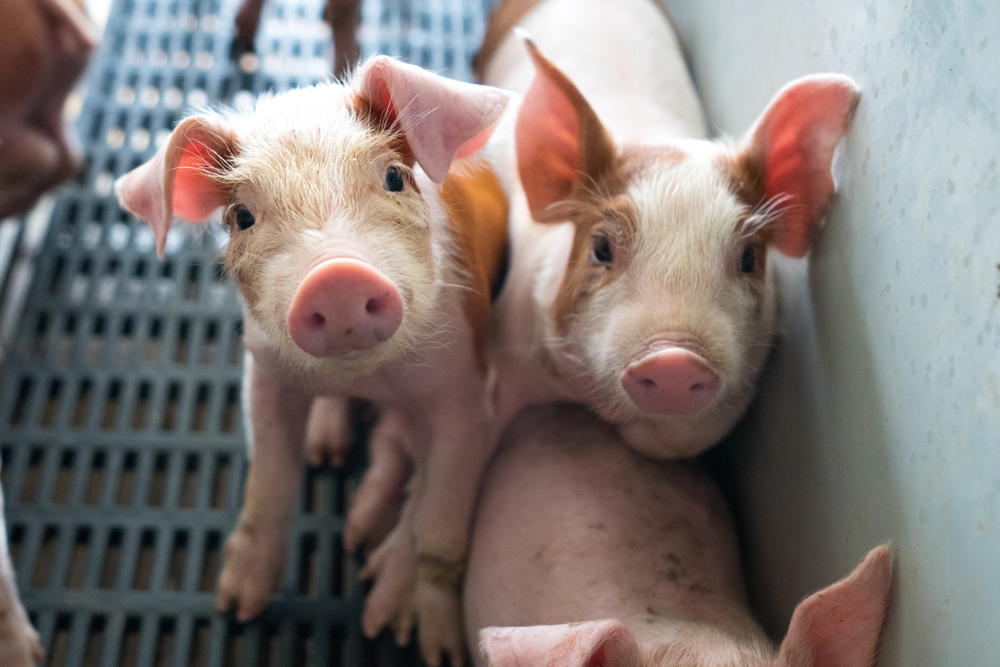 Pork industry experts say things could get a lot worse for American hog farmers without more immediate financial aid from the federal government.

Like many other sectors, pig farmers have been dealing with an unprecedented crisis due to the pandemic. Economists project that the US pork industry could face financial losses totaling around $5 billion or $37 per hog by the end of 2020.

“This is by far the largest economic hit that I’ve ever seen this industry take… The average producer is going to be in dire straits,” Steve Meyer, an economist with Kerns and Associates, said Monday at a press briefing hosted by the National Pork Producers Council (NPPC).

According to Meyer, there are roughly 1.1 million hogs that have not been sent to slaughter since June 1. That number is expected to grow to 2.5 million, he said, by the end of the year.

Disruption to the meat industry’s supply chains began in April as a number of meatpacking plants across the country shut down due to COVID-19 outbreaks among workers. For some, it was close to a month before they resumed operations after President Donald Trump signed an executive order compelling the facilities to stay open as “critical infrastructure.” Closures for a number of weeks caused logjams of animals that forced many farmers to euthanize their livestock.

The reopened slaughterhouses have been operating at about 95 percent average capacity. This has exacerbated any previous backlogs and puts any hogs currently being raised for slaughter at risk of not being processed. Howard Roth, President of the NPPC and hog farmer in Wisconsin, said that the ongoing situation has caused tremendous financial and emotional stress for pig farmers.

“Without swift congressional action to address this dire situation, me and thousands of generational farm families could go out of business, forever changing the agricultural and economic landscape in our great country,” he said.

The NPPC said it specifically would like to see the Responding to Economic Losses and Investing in the Economic Future (RELIEF) for Producers Act passed, which it expressed initial support for earlier this month. The bill aims to compensate hog and poultry producers who are forced to euthanize or donate their animals that can’t be processed. Reimbursements under the act would be calculated for a 30-day period starting on the day of initial depopulation. However, farmers will only get paid for 85 percent of their losses based on the average national market value from March 1 to the time the bill is enacted. Each 30-day pay period after that, the value of their losses will be reduced by 10 percent.

Hog farmers have received at least $1.6 billion in direct payments through a federal aid program administered by the USDA called the Coronavirus Food Assistance Program. However, the NPPC says this is nowhere near enough to sustain the thousands of producers that have been affected by the pandemic.

Spokespeople for the NPPC did not identify a specific amount of financial aid they’d like allocated for pork farmers through the RELIEF act. Instead, they said they are hoping for “open ended support.”  The organization is working with a number of other agriculture groups to put pressure on the government. They added that nothing will fully fix this crisis, but they are hopeful that government help could save a number of producers from going out of business.

The organization’s staff said they hope Congress will fold the bill into its next COVID-19 relief package, and that it will be passed and sent to Trump to sign by early August.

Popular
The Rise of At-Home Hydroponic GardensBridget Shirvell
How to (Actually) Get Rid of Fruit FliesEmily Baron Cadloff
7 Smokable Plants You Can Grow That Aren’t MarijuanaBrian Barth
5 Rare Plants That Are Surprisingly Easy to Care ForEmily Baron Cadloff
Debunking the Geep: How Many Sheep-Goat Hybrids Are Real?Jesse Hirsch
Explore Modern Farmer
Related
Animals
How Can Farmers Coexist With Wolves?Dan Nosowitz
Environment, Politics
USDA Accepts More Than 2.5 Million Acres in Grassland Conservation ProgramDan Nosowitz
Environment
How Has Hurricane Ida Affected Agriculture and Food?Dan Nosowitz
Labor, Politics
USDA Announces Aid for Farm and Food WorkersDan Nosowitz
wpDiscuz
We use cookies on our website to give you the most relevant experience by remembering your preferences and repeat visits. By clicking “Accept”, you consent to the use of ALL the cookies.
Cookie settings ACCEPT
Privacy & Cookies Policy