No one’s bringing home the bacon. 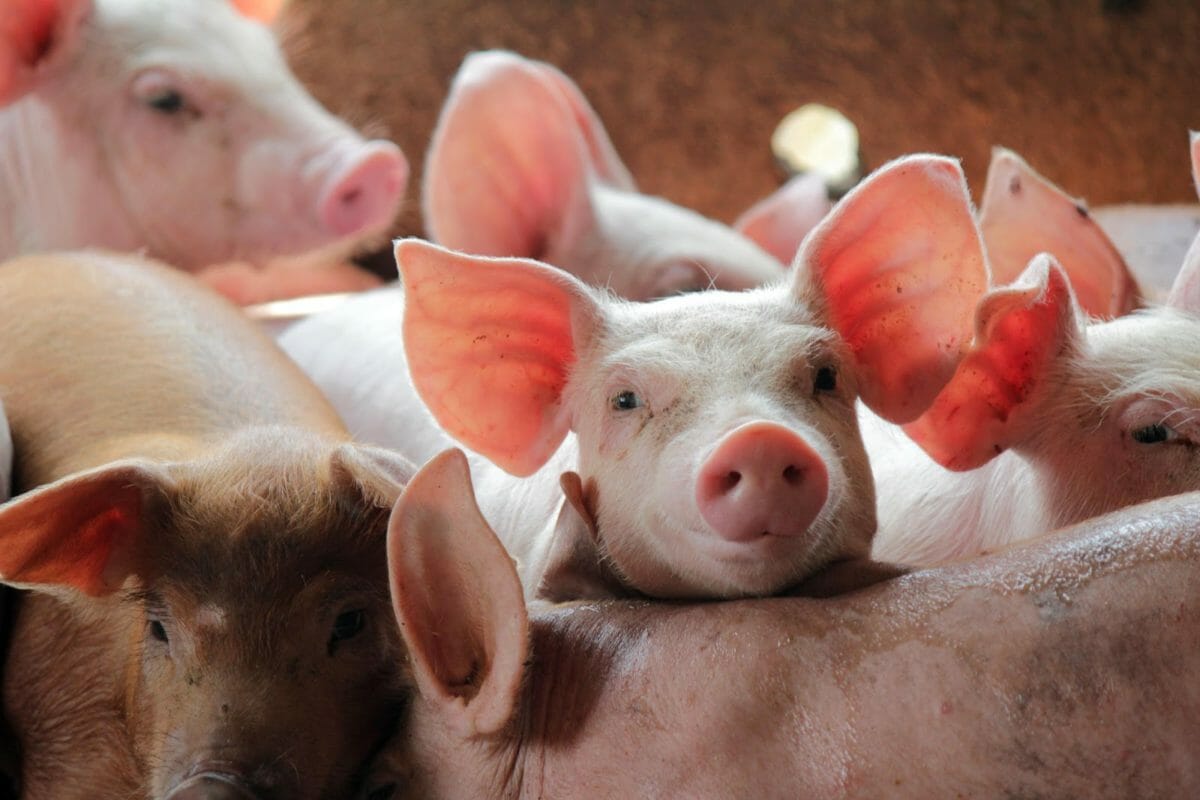 Mike Patterson has been raising hogs for 23 years, but he can barely stomach the situation his farm has been in over the last few weeks.

The closure of a Smithfield Foods pork processing plant in Sioux Falls, South Dakota in mid-April has left the Minnesota farmer and 12 other farm families with a huge backlog of pigs and crowded barns. As the facility normally processes the meat in Patterson’s co-op, its farmers have been facing tough decisions when it comes to whether to euthanize their animals.

“We do everything we can to make sure that those animals are healthy and thriving in our barns to make them into delicious food,” Patterson says. “Anything that goes against that, like depopulating a barn or having meat product going to waste, really is difficult, especially for a farmer like myself who is out there caring for our animals on a daily basis.”

Patterson says collectively his co-op should have shipped about 8,000 hogs to Smithfield since its closure, with another 1,000 by the end of the week.  They’ve had to scramble to find other facilities and local butchers that would take their hogs in order to make room for new pigs. Patterson and other members, however, haven’t had much luck and decided they needed to euthanize 1,500 of their hogs earlier this week.

“We’ve been doing everything we can to find space,” he says, adding that local butchers have been helpful, but not able to keep up with their needs. “We were at the point where we were out of options.”

None of the hogs that were put down were from Patterson’s farm, but he says he anticipates that day is coming with a new shipment of pigs scheduled to fill up one of his barns on May 19.

Patterson and his co-op members are not in unique circumstances. The shuttering of packing plants across the country due to COVID-19 outbreaks has left pork producers, chicken farmers and cattle ranchers with a logjam of mature animals.

The backlogs are particularly urgent for hog farmers, as pigs need to be slaughtered before they become too heavy for the processing equipment to handle. Farmers have trouble selling hogs that grow to be more than 350 lbs. Patterson says he normally sends his hogs to the plant once they reach 280 to 290 lbs, but the animals gain as much as 2.5 to 3 lbs a day when they’re in his finishing barns.

Despite President Donald Trump’s executive order that is forcing plants to reopen, the National Pork Board is projecting that more than 1.5 million hogs could be culled in the coming weeks across the country. Steve Meyer, the economist who came up with this projection, estimates that 600,000 hogs did not go to slaughter last week and another 900,000 will fail to make it into a plant this week. It costs farmers around $140 to raise a hog, according to Meyer, which will add up quickly if more animals don’t make it through processing.

Gene Noem, a hog farmer who sits on the board of directors with the National Pork Board says the order to reopen plants is welcome, but it’s unknown at this point how and when the facilities will actually start operating again. In the meantime, farmers will continue to run out of space.

“We have a reputation of not caring. Our situation is absolutely the opposite,” says Noem. “Producers have never faced such a gut wrenching decision thinking about [euthanasia].”

A lot of pigs can accumulate, he says, in just a matter of days. For example, he’s aware of a plant in northwest Iowa, which normally harvests 20,000 pigs a day that’s been closed for several days. With every five-day delay, around 100,000 pigs are backed up, he says. “We’re trying to catch up, but we’re not really sure how that can happen,” he says

Sonny Perdue, the US Secretary of Agriculture, said this week that plants would reopen in days. However, he said that plants will not be operating at the same capacity due to safety measures to protect employees from COVID-19.

The USDA has allocated $3 billion in financial support to farmers through the CARES Act to pay for meat, dairy and fresh produce that will be sent to food banks. It’s also included $1.6 billion in direct payments to hog farmers, with payment limitations of $250,000 per person.

But organizations like the National Pork Producers Council have said current federal measures are simply not enough. Rachel Gantz, NPPC’s communications director, says she anticipates many farmers will go bankrupt given the current circumstances.

“Dairy producers can dump milk, fruit and vegetable growers can dump produce, but hog farmers have nowhere to move their hogs,” she says. “This is a dire situation that threatens the livelihoods of thousands of farm families.”

Gantz says that market prices for pork have plummeted due to the closure of restaurants and universities. Before COVID-19, farmers were projected to make a $10 profit on every hog. Now, US pork producers are estimated to face a collective $5 billion loss for the remainder of the year. The price of hogs has fallen close to zero, with losses reaching $70 per hog, she says.

The NPPC has called on the federal government to indemnify farmers for the hogs they’ve had to euthanize and provide funding that would address the depopulation and disposal costs. It also wants eligibility extended to hog farmers under the U.S. Small Business Administration’s emergency lending programs.

And Patterson, who says he’s concerned about the future of his business, is trying to focus on doing everything he can to ensure he finds a place to house his hogs before he has to resort to euthanizing them.

“I take great pride in producing food that goes on people’s tables,” he says. “These decisions are very difficult. From an emotional standpoint, it’s going to be hard on our farmers… if there was another option we would definitely take it.”

This shows how factoring farming animals does not work & is inhumane!!! Not one farmer can put these pigs in a pasture to hold them? They only live in overcrowded barns! So sad!! Not they way animals are suppossed to live!! Put them in a pasture! Turn the pigs out until the plants can take them! They will produce healthier pork anyway!!

Is there someone to contact to purchase live pigs instead of having them euthanasia?

Why not buy these hog and finish them on pasture?

As people are starving across America, it seems a solution to this “problem” of “dumping” usable food and dairy and “euthanizing” hogs (and/or other animals) is to distribute all of this food to people in need, rather than thinking myopically about your own needs

Wisconsin imposed regulations on small farmers that put many out of business last year, now it is next to impossible to find a feeder pig for sale to raise yourself. The State Vet was very proud, her words , of the regulation and that Wisconsin was the first to impose it. They don’t want you or small farmers, but they can not feed you now. And putting that many hogs on pasture will never happen and even if it did, it doesn’t change the fact that they will be too big for the equipment used to process them. Reread the… Read more »

Why throw it away? It is alive being whose slaughtering at least had some excuse in assigned purpose to feed people. Those lives are devalued to the lowest levels. While bunch of people don’t have food on a table, farmers will be somewhat financially “helped” to kill and dispose of those animals. It would be more useful to find and pay local butchers who will kill them anyway and pay refrigerated transport to different places full of hungry people that are currently using our designated public schools to pick up food to feed themselves and their families during this pandemic… Read more »

I honestly cannot help but think what a waste this is, and it’s not the fault of the farmers, Grier’s or producers, it’s the government and the laws in place. I honestly don’t see why some of at least the vegetables and fruits can’t be donated to food banks and the loss be given to the growers back in tax relief, or credit towards seed and or refunds. As far as livestock goes, I’m sure there are plenty of homesteaders who would welcome those animals to either butcher themselves or keep until their local butch herd can process them, or… Read more »

I don’t see the problem. If you’re so happy about how you brutally slaughter thousands of pigs from your factory farm, then what’s so bad about dumping them? Sounds to me like you’re just trying to cover up the cruelty by telling us how you ‘care’. What is there for you to lose, other than money?

We kill them for food. I fail to see the problem when likening it to spilling milk and dumping produce.