Americans are Receiving Mystery Seeds in the Mail From China

The packages are often mislabeled as jewelry. 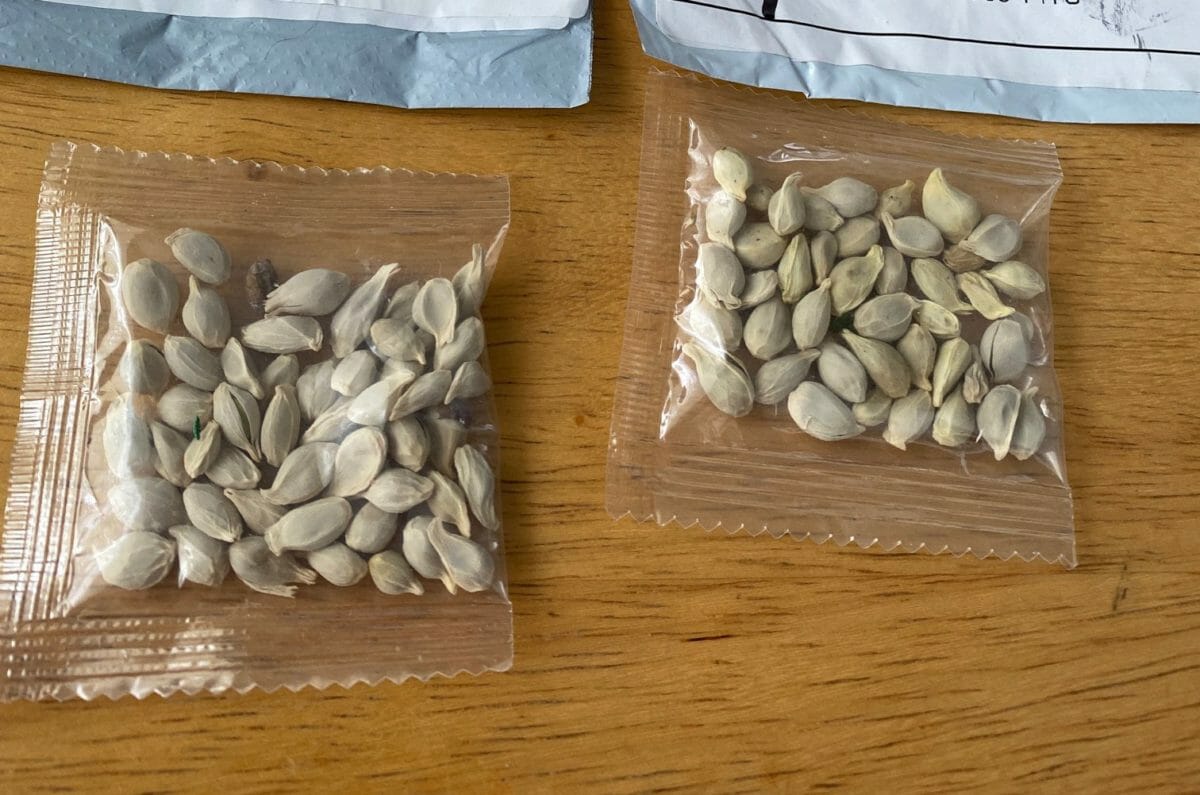 These packages of seeds have been showing up in residents' mail across the country in recent days.
Photography courtesy of the Washington State Department of Agriculture
Share
Tweet
Pin
Email
4K Shares

Unsolicited packages of seeds have shown up in residents’ mail across the United States, and officials believe they came from China.

Many of these mystery parcels were mislabeled as jewelry and had Chinese writing on them. They’ve shown up in mailboxes in a growing number of states in recent days, including Kansas, Utah, Arizona, and Ohio, according to USA Today.

The Kansas State Department of Agriculture is advising residents not to plant these seeds, as they could be invasive species. “Invasive species wreak havoc on the environment, displace or destroy native plants and insects and severely damage crops,” the department said in a press release. Officials also said to avoid opening the packages if they are still sealed.

Police in Whitehouse, Ohio believe the seeds could be part of a “brushing” scam in which an online vendor sends unsolicited packages to someone in order to leave product reviews on that person’s behalf to boost the credibility of their online store.

Officials in the Washington State Department of Agriculture believe the seeds could be part of an agricultural smuggling scheme.

The picture above are citrus seeds.

The U.S is the biggest market importer from China. It would be stupid of
China to kill the ‘Goose That Laid The Golden Egg”. I think it would be
more like a ‘Virus’ that would make ‘us’ act stupid in public!
For example, a virus that would make you (every time you say USA! USA!), it
would make you do this: Smack your forehead twice, pinch your left
nipple 3 times, smack your right ‘Butt cheek’ twice, scratch your arse,
and rub your private once. !!! That would be priceless for anyone but us
Americans.
____
Video?

I think its modern

Those depicted in the picture are citrus seeds of some kind. They could only grow wild in Arizona if it has lots of rain but Arizona is a desert and the other states are too cold for them to survive. I disagree with the theory that are invasive species.

Interesting. We are from NZ and my husband purchased seeds that were supposed to be something … from memory pelargonium, and were sent goodness knows what! Planted them out in trial seed trays but nothing came up. I rather think we had seeds marked as jewellery as well. This happened over a year ago.

I imagine it is only a friendship message from China.

I meant to write about spiritual seed.

Popular
The Rise of At-Home Hydroponic GardensBridget Shirvell
How to (Actually) Get Rid of Fruit FliesEmily Baron Cadloff
7 Smokable Plants You Can Grow That Aren’t MarijuanaBrian Barth
5 Rare Plants That Are Surprisingly Easy to Care ForEmily Baron Cadloff
Debunking the Geep: How Many Sheep-Goat Hybrids Are Real?Jesse Hirsch
Explore Modern Farmer
Related
Environment, Politics
USDA Accepts More Than 2.5 Million Acres in Grassland Conservation ProgramDan Nosowitz
Plants
One Way to Grow Despite Drought? It’s in the RootsDan Nosowitz
Plants
The Rise of At-Home Hydroponic GardensBridget Shirvell
Environment
How Has Hurricane Ida Affected Agriculture and Food?Dan Nosowitz
wpDiscuz
We use cookies on our website to give you the most relevant experience by remembering your preferences and repeat visits. By clicking “Accept”, you consent to the use of ALL the cookies.
Cookie settings ACCEPT
Privacy & Cookies Policy