Cooks Venture has reimagined what a vertically integrated operation looks like. 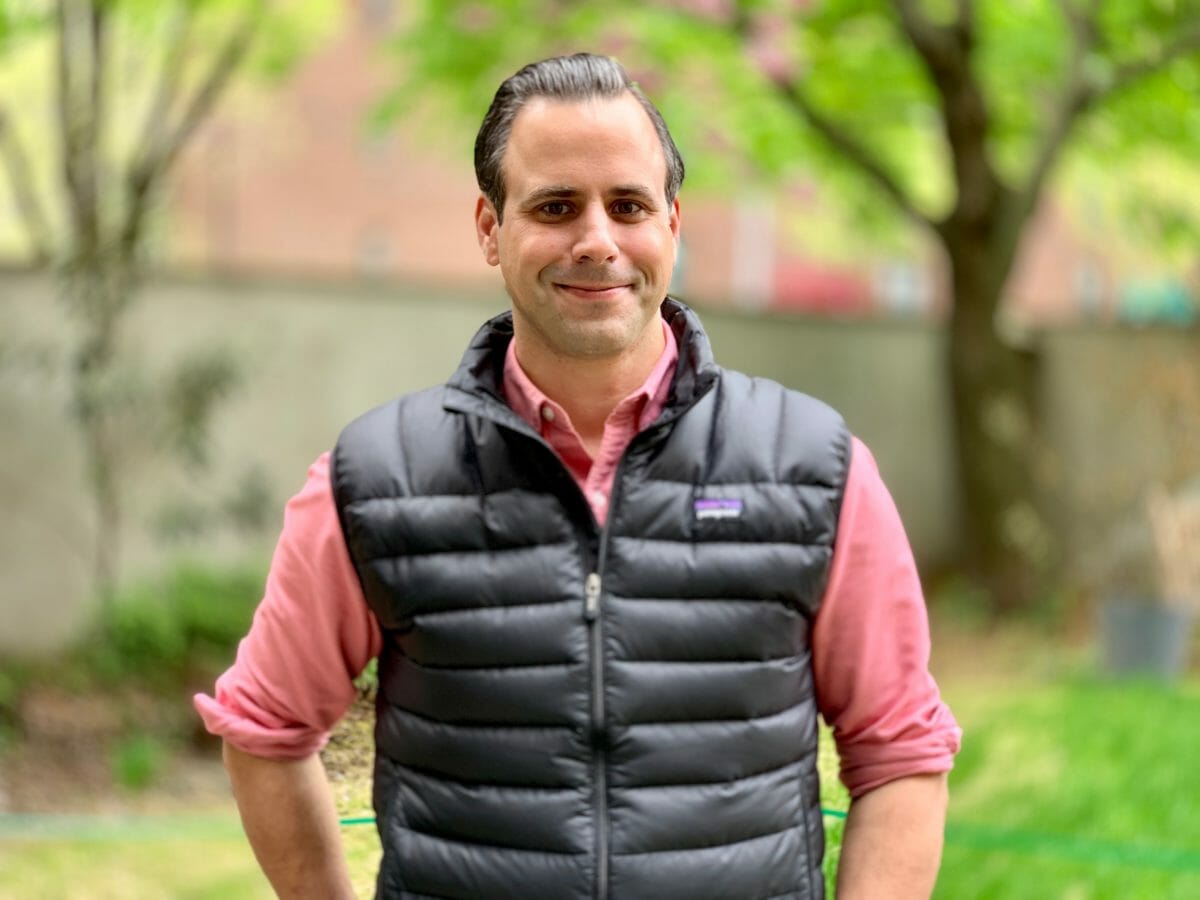 Cooks Venture’s goal is a lofty one: Change a monolithic industry and help reverse climate change using chickens. Cooks Venture is a pasture-raised heirloom-poultry company that has reimagined what a vertically integrated operation looks like, from the type of chickens it produces to how its feed is grown. It’s the first vertically integrated  poultry company in the US built to scale in 50 years and the first that’s doing it with pasture-raised heirloom birds, according to Matthew Wadiak, one of the company’s founders.

Officially launched in March 2019, it’s taken a decade to breed a slower-growing, hardier and healthier broiler chicken that thrives on pasture, says Blake Evans, another of the company’s founders. Cooks Venture’s birds take between 55 and 62 days to reach slaughter weight; they love to roam, roost, and jump; and they have a much higher survival rate than conventional broilers—97 percent—without being given antibiotics. “The birds are allowed to put on the bone density and develop organs before they really put on the muscle,” Evans says.

This stands in stark contrast to today’s typical broiler chickens, which are ready for slaughter in 42 days and have been bred to grow so fast and so large they can barely walk. They’re also prone to disease and heart problems, and they are live with chronic joint pain, according to John Webster, professor emeritus of animal husbandry at the University of Bristol, who spoke with the Humane Society in 2017. Commercial poultry genetics is dominated by two companies, Aviagen and Cobb-Vantress, which is owned by Tyson.

Wadiak is the co-founder of the American meal-kit company Blue Apron, which he left in 2017. He joined forces with Evans and poultry geneticist Richard Udale to create Cooks Venture. Evans’s grandfather was a giant in the poultry industry. He bred the Peterson male, the gold-standard for male-line broiler genetics for 50 years. In 2009, Evans and Udale began working on their heirloom breed that includes Naked Neck and Delaware poultry genetics. 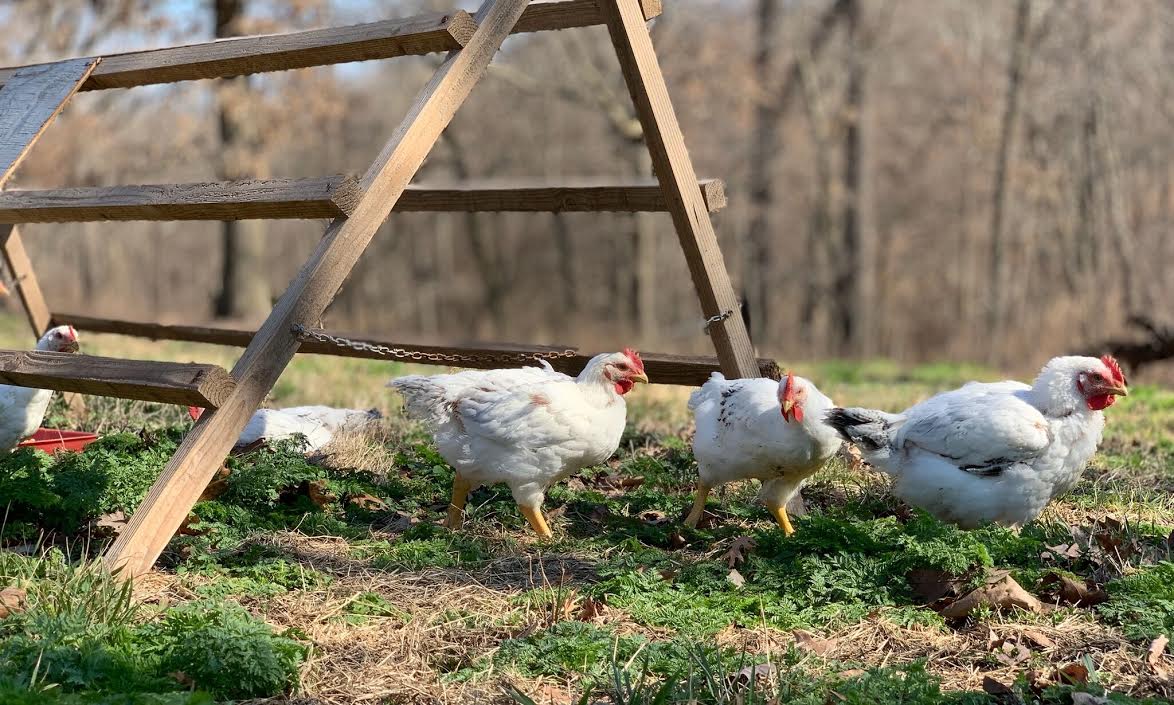 Cooks Venture’s 800-acre farm in Decatur, Arkansas is home to its genetics program, 30 broiler houses, and enough pasture to allow the birds plenty of room to roam. The company also has a network of 30 producers with 100 retrofitted houses in Arkansas and Oklahoma. While Cooks Venture owns the birds and feed, like conventional poultry companies, it doesn’t require the growers to buy the chickens. It also doesn’t use a tournament system that pays growers based on performance like the big integrators. The company pays “more than double” the industry average on the live weight per pound, Wadiak says.

The company recently refurbished an air-chilled processing plant in Oklahoma where it can process up to 700,000 birds a week thanks in part to a $12-million round of funding backed by Amerra Capital Management LLC, a private investment firm.

Cooks Venture works closely with crop farmers in the Midwest to grow their feed using regenerative growing practices such as soil building through cover cropping and crop rotation. The idea behind this is that, if one percent more carbon was sequestered into the soil on agricultural lands, it could help reverse climate change.

“We’re able to sequester greenhouse gases, put carbon back into the soil, and improve the quality of the farmer’s land so the farmer can earn a better income,” says Wadiak.

By utilizing an economy of scale, Wadiak says, the company aims to provide better-tasting chicken that’s better for both the environment and the birds at a price the average American can afford. Cooks Venture recently partnered with the online grocer FreshDirect to sell its products.

“There’s a lot of folks out there doing this small scale and we have a lot of respect for them, but nobody’s doing this in a cost-effective way at any kind of scale,” he says. “We’re the company that’s going to change the paradigm on that.”

Why are they falsely claiming this hybrid / crossbreed bird is “heirloom”?

“NOBODY” anybody raising food at a level that’s in the 10’s of thousands isn’t sustainable. It’s for the $. Large scale farming is the problem.

Popular
Alaskan Salmon Face a Stream of New MinesBecki Robins
7 Smokable Plants You Can Grow That Aren’t MarijuanaBrian Barth
Why Don’t We Eat Turkey Eggs?Dan Nosowitz
Goat Sex: Everything You Wanted to Know But Were Afraid to AskAndrew Amelinckx
Where Has All the Mustard Gone?Chloe Faure
Explore Modern Farmer
Related
news
The Fertilizer Shortage Will Persist in 2023Shea Swenson
Animals, Environment, Technology
Alaskan Salmon Face a Stream of New MinesBecki Robins
Animals, MTMF
Meet the Maine Teenager-Turned-Landscaper Thanks to Grazing GoatsBridget Shirvell
Animals, Environment, Health
To Stop New Viruses Infecting Humans, We Must Protect Bat HabitatAlison Peel, Peggy Eby, Raina Plowright
wpDiscuz
We use cookies on our website to give you the most relevant experience by remembering your preferences and repeat visits. By clicking “Accept”, you consent to the use of ALL the cookies.
Cookie settings ACCEPT
Privacy & Cookies Policy