Here You Will Find a Video of a Honeybee Surfing

New, serious research finds that bees surf to get out of water. 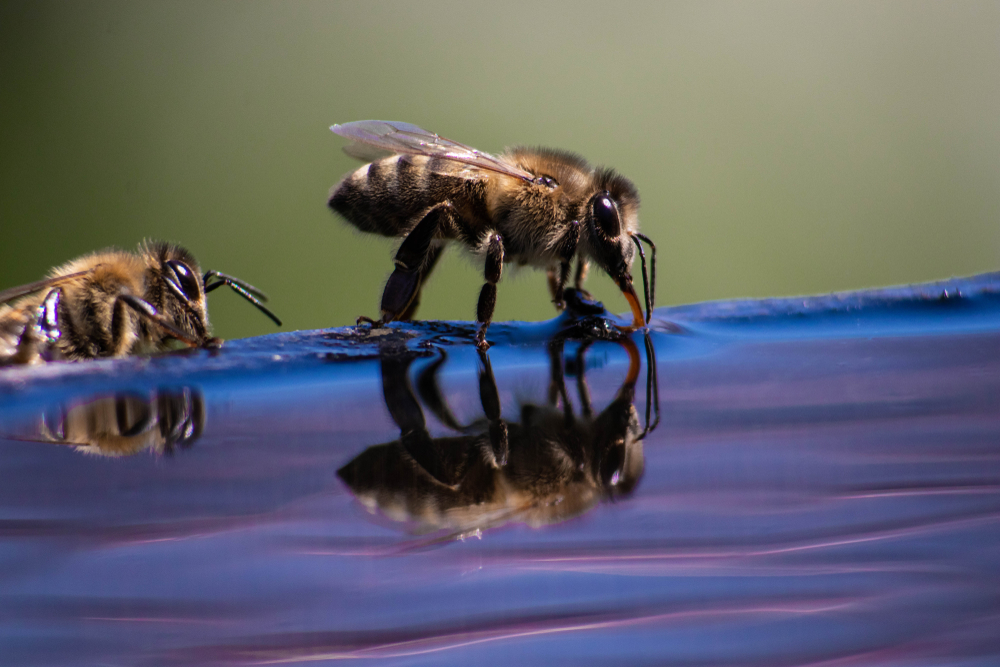 Water—a pool, a pond, a puddle—is no place for a honeybee.

But through the obstacles of life, there are times when a honeybee might find itself, unpleasantly, sitting in water. This is a bad situation. But new research from the California Institute of Technology figured out how honeybees are able to extract themselves from the water. It involves surfing.

The chief problem is that a honeybee can’t just fly away once its wings get wet. Their wings are so light and thin that water has an adhesive effect on them; the honeybee can’t generate enough force to lift itself out of the water while its wings are wet. That’s not a permanent problem, as those wings will also dry quickly, but the bee still has to figure out how to get out of the water before it can dry off and fly off.

Researchers, inspired by a glimpse of a wet bee (really), decided to basically drop honeybees into water and then film them trying to get out using high-speed cameras. Those cameras capture thousands of frames per second, so you can then slow down the footage and still see in great detail what’s going on.

What the researchers found in these videos is that the honeybees flap their wings in a totally different pattern than they do during flight. The particular shallow flapping motion creates a series of asymmetrical waves that serve to push the bee forward, so the bee ends up surfing on a wave it just created. The flapping motion is even more efficient because it lifts the bee’s body out of the water, creating a hydrofoil.

Hydrofoils—including the bee, at this point—pump up and down, pushing the bee forward while decreasing contact with the water.

This surfing—it isn’t really swimming—uses more energy for the bee than flying, but it’s tremendously efficient. They’re able to travel at about three bee-lengths per second, for up to five minutes before they get tired. That’s much faster than any human can swim, relative to body size, and will often be fast enough to get the bee out of the water to dry land. Once there, it simply dries its wings and flies off.

Bees: better swimmers than we are.