Plus, your introduction to mycoparasites. Fun! 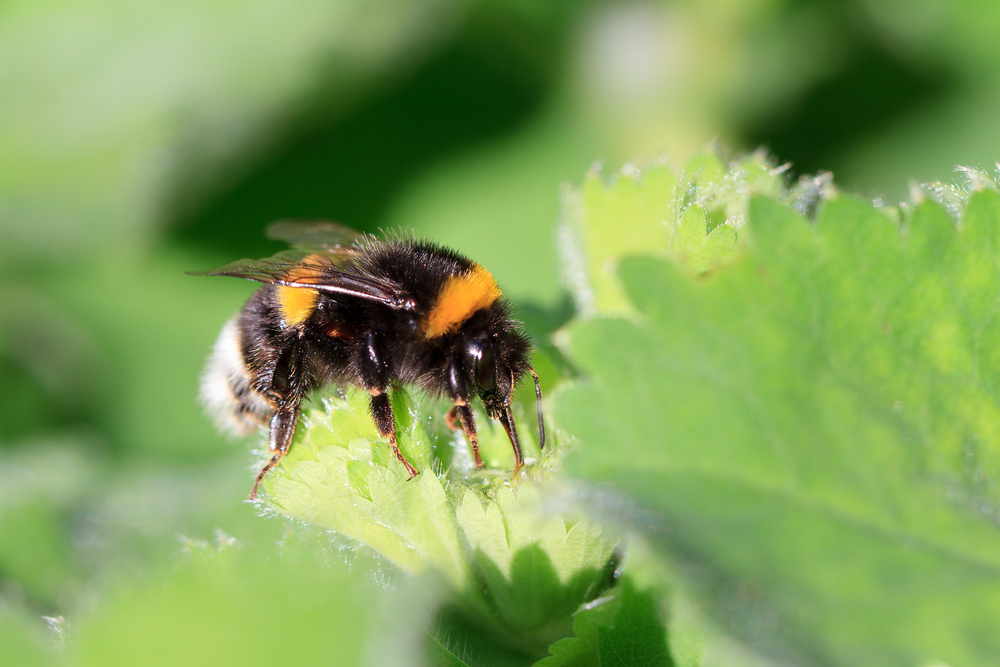 In the never-ending quest—by some, at least—to reduce the amount of pesticides used on crops, no idea is a bad idea.

With that mentality in mind, Canadian company Bee Vectoring Technologies (BVT) has come up with a deeply strange but also fascinating approach. What if we could use fungus to kill fungus? And what if that first fungus was applied not by humans or machines, but by bees?

BVT recently announced that the company had secured EPA approval for its pest control, which is a proprietary product called CR7. The EPA’s published statement on the matter says there is no evidence that CR7 is unsafe to either humans or the environment, and also creates an exemption: there’s now no maximum level of CR7 residue that can be found on food.

CR7 is just one part of BVT’s flagship product, but it’s the one that scored EPA approval, so let’s start there. CR7 is a strain of a fungus called Clonostachys rosea. More specifically, that fungus is what’s known as a necrotrophic mycoparasitic fungus, sometimes shortened to simply “mycoparasite.” This particular type of fungus is found in nature, and actually feeds on other fungi; C. rosea is not a particularly picky eater. BVT says that it’s not genetically modified, but simply a special variety of this fungus that the company found and grows.

Research over the past couple of decades has shown that C. rosea is a voracious bugger, and can control diseases caused by a variety of other fungi. Those include Alternaria, the genus of fungus that causes early potato blight, black rot on citrus, and all sorts of other awful fungus-based crop problems. But that’s not the only one; C. rosea has indicated in studies to attack dozens of different problem-causing fungi.

It’s probably worth noting that the EPA’s ruling has nothing to do with the efficacy of CR7, instead exclusively looking at whether it’s safe to use.

In any case! The way BVT wants to use CR7 is wild. They’ve set up a system of bumblebee hives, and in those hives are replaceable trays. In those trays they put CR7, plus some other stuff, if the customer wants it. The bumblebee walks on the CR7, which attaches to their bodies, and then the bee heads out to do its pollination and pollen collection thing. The bee, in the process of collecting pollen, deposits the CR7 on the flowers. That’s done all without the need for water, equipment, energy, human labor, or mechanical energy.

BVT says its system can currently be used for berries (strawberries, blueberries), apples, tomatoes, canola, and sunflowers, with various other crops as a future possibility.

Idiotic to spread a fugus so far and wide, has noone any reservations about messing with the ecology. Especially via a vessel such as the honey bee…