These twin brothers have found a different way to contribute to their family farm, through the Internet and whiskey. 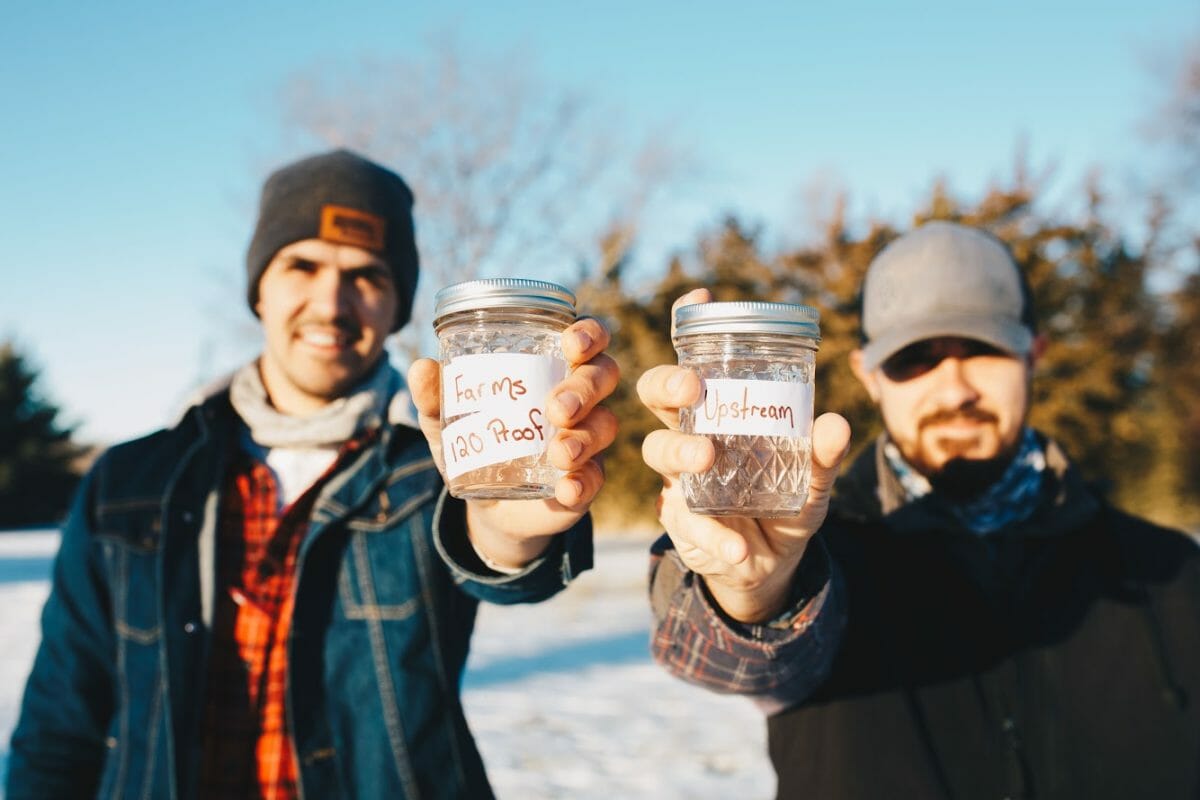 When Matthew and Joe Brugger left their family’s farm for college, they didn’t know what the future would look like.

The twin brothers loved farming, but the idea of going back to a traditional corn, soybeans, and cattle farm in Nebraska seemed unfulfilling. They wanted to return after their studies, but they also wanted to leave an imprint on the family business that was reflective of their skills and passions.

To do so, the Bruggers launched a new brand, Upstream Farms, to run alongside the family ranch, Brugger Farm, giving them an opportunity to create something new while maintaining their roots.

“Our dad loves what he does, but for us to love what we do, we want to be able to add value as he did at our age. And it just looks a little bit different,” says Matthew Brugger.

The brothers graduated from the University of Nebraska this spring with minors in entrepreneurship and immediately threw themselves into their business full time. They had worked on the farm in their summers off and had created plans for their new brand while at school. After they left college, the Brugger twins moved into their great-grandfather’s house, which had sat empty for years until they renovated it.

Rather than only selling products to distribution companies or processors, the Bruggers started marketing their beef directly to consumers through an online platform they created two years ago. They have since sold steaks to customers across the country.

The twins have also sold beef to local breweries, which then expressed interest in sourcing more ingredients from the Bruggers’ farm. This led them to start growing hops on some unused acres.

The brothers also converted an old milk barn into a distillery where they make whiskey with excess grain they don’t use to feed their cattle. The operation will start its first commercial batch in an 80-gallon still this October.

Upstream Farms works in partnership with the family farm, but they are separate entities. The Brugger brothers say this structure gives them the freedom to take risks, without having to worry about whether it will affect the family operation.

The twins hope their business will provide a model for young agriculturalists, who want to come back to the family farm but are not totally interested in the traditional path. Brugger stresses that they don’t look down their noses at traditional farming. They just wanted to try something new.

Looks like a number of ethanol (whisky) distilleries have just been idled by President Trump. We will have a lot of excess ethanol (whiskey) to market with excess corn. Hope you don’t intend to consume all that product on the farm by imbibing it, or maybe you can convert a lawn mower to utilize straight alcohol.