There Really Is A "Congressional Cranberry Caucus," And Here's What It Does - Modern Farmer
Food & Drink

There Really Is A “Congressional Cranberry Caucus,” And Here’s What It Does

The CCC, as those in the know call it. 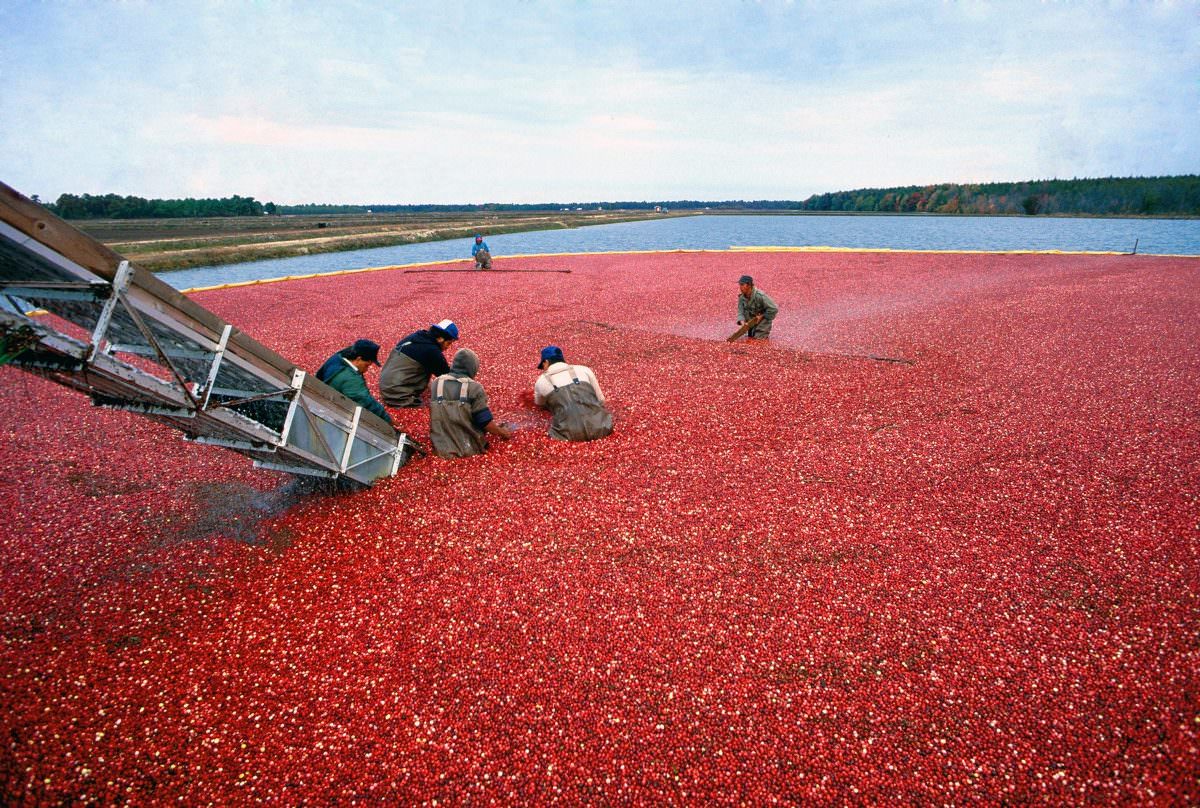 Unfortunately, the skill of cranberry farmers has meant that supply usually outweighs demand, leading to large surpluses of cranberries. Wisconsin Ag Connection reports that the members of the Congressional Cranberry Caucus have gathered to plead with USDA Secretary Tom Vilsack to help them out. This leads us to several questions, the first of which is: wait, there’s a Congressional Cranberry Caucus?

Cranberries are native to the northern reaches of the US (Europe has an inferior, smaller cranberry, which we shall for the time being ignore). The largest producer is Wisconsin, with Massachusetts close behind. In Massachusetts, the cranberry is the largest crop the state produces, and it was Massachusetts politicians, including Senator John Kerry, who first created the Congressional Cranberry Caucus, back in 2012. Today the Cranberry Caucus includes 17 members of Congress who lobby on behalf of the 1,300 cranberry farms and 11,500 “cranfood” workers throughout the country.

Around 65 percent of the cranberry industry is controlled by the Ocean Spray Cooperative, a figure so high that only an obscure exemption for agriculture has allowed it to exist in the face of antitrust laws. The industry is very savvy; after a tainted crop in 1959 nearly killed it, Ocean Spray began heavily marketing uses of cranberries outside the Thanksgiving and Christmas season, leading to sweetened dried cranberries and the many hybrid cranberry juices we know today.

Regardless, cranberry production usually exceeds demand significantly, and prices have been dropping since 2009. As a result, the USDA has become a major customer for cranberry farmers, buying back excess cranberries and distributing them through the food bank system to simultaneously support farmers and the hungry. (The USDA does this kind of thing fairly often, most recently with a $20 million buyout of excess cheese.)

The USDA is especially involved with cranberries because cranberry farmers are unable to grow any other crop because their farms are actually freezing-cold bogs. The forecast for this year’s harvest, despite a downturn in Massachusetts thanks to a drought, is 8.59 million barrels, up by about 200,000 barrels from last year, and so the Congressional Cranberry Caucus needs the USDA to commit to a large purchase. And this concludes your lesson on the incredibly weird and delicious cranberry.