A new GMO potato might be coming to stores near you. 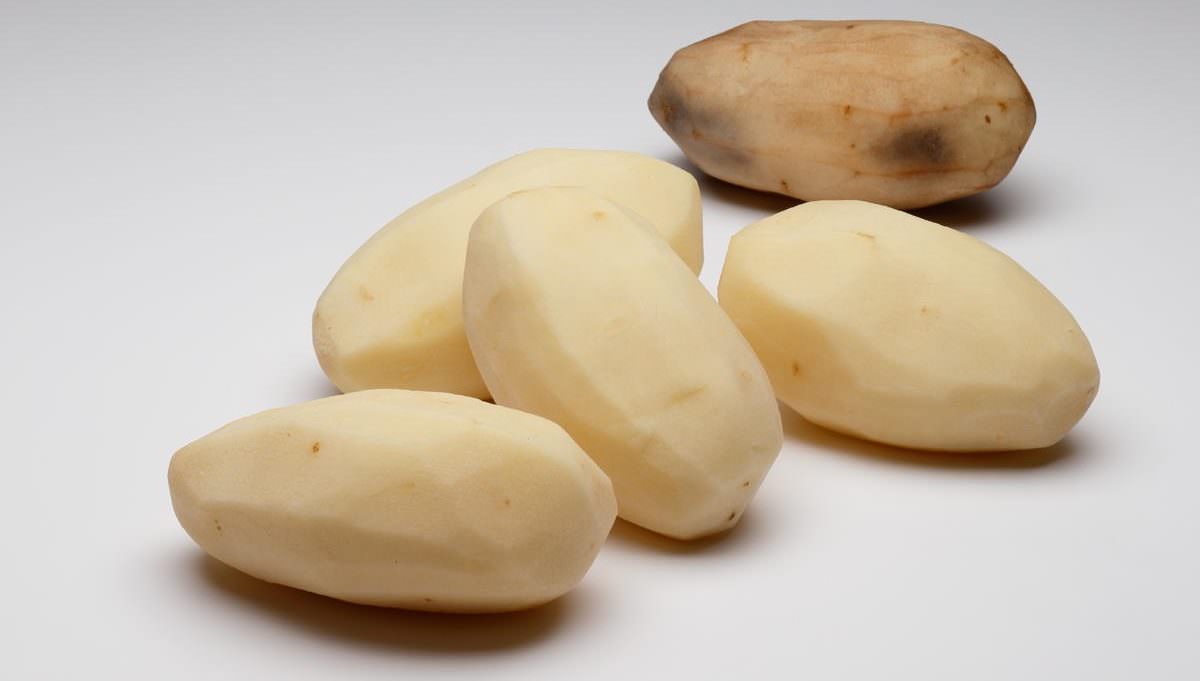 The potatoes in question come from JR Simplot, a massive Idaho-based agricultural company probably best known as the biggest supplier of McDonald’s french fries. On November 2nd, the USDA approved two products in Simplot’s “Innate” line of GMO potatoes: the “Ranger Russet” and “Atlantic” varieties. (For what it’s worth, McDonald’s has previously pledged not to use the Innate line of potatoes, nor any other GMO potato.)

A previous generation of Innate potatoes was modified to reduce bruising/browning and to reduce asparagine, a chemical in potatoes that, when exposed to heat and oil (as in the frying process), can create a probably carcinogenic compound.

What Modifications Are They Making?

The newly approved potatoes include both those prior features, and also add in resistance to late blight. Late blight, which is actually an infestation of fungus-like organisms, has been responsible for several massive destructions of potato crops, most notably the Irish Potato Famine of the mid-19th century. Late blight is still, remarkably, a problem: it’s basically impossible to treat once it takes hold, and preventative measures require large amounts of pesticides and fungicides and are not especially effective regardless.

The new Innate potatoes are a bit of an odd duck; they are genetically modified, yes, but they use a tactic called RNA interference, which essentially allows scientists to essentially switch off the genes responsible for certain behaviors. It’s almost like flipping off the switch in the circuit breaker marked “turn brown when exposed to air” or “create possibly cancer-causing chemical when fried.” To make the Innate potatoes resistance to blight, Simplot inserted genes taken from an unnamed Argentinian potato that’s naturally resistant to blight into the previous Innate potato.

The Center for Food Safety immediately composed a release condemning the USDA’s approval of the new Innate potato. CFS’s main concerns include: RNA interference is a dangerously untested method; Simplot may well decide to market these potatoes as “healthy” due to the reduction of carcinogenic compounds, which sort of ignores that fried potatoes are not super healthy no matter what; and that the new potato may prove to be resistant to blight but susceptible to all kinds of other problems, which could actually increase the amount of pesticide used to grow it.

Now that the USDA has approved the potatoes, they’ll have to also be approved by the FDA and the EPA. After that, they’ll hit stores – and, of course, won’t be required to have a label, though it seems likely Simplot will want to advertise the potato’s GMO-enhanced features.