At least, it probably does. 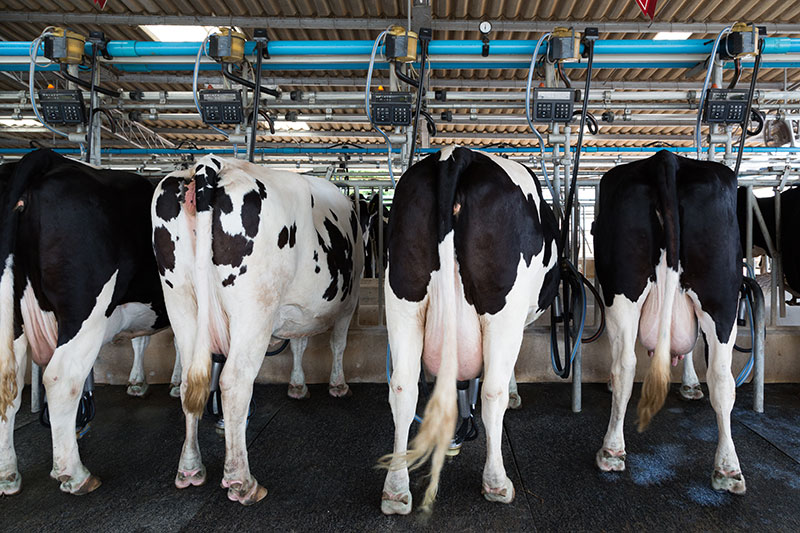 Some evidence indicates that keeping an animal safe and limiting its stress can lead to better-quality meat and milk; there are various scientific reasons for this which are not particularly well-understood, involving the impact of enzymes created in times of stress on muscle tissue, or, in the case of dairy cows, reducing their output of milk. One new bit of evidence is a little bit clearer, since it doesn’t actually involve making animals happier: just tricking the animal into thinking it is.

Scientists at the University of Wisconsin-Madison recently published the results of an experiment in which dairy cows were injected with serotonin, a neurotransmitter usually thought to indicate, or cause, feelings of well-being and happiness. The aim was to find out what effect, if any, serotonin has on the treatment of hypocalcemia, a disorder affecting some dairy cows which can lead to reduced calcium content in milk (and thus, inferior milk, at least to the humans drinking it).

The findings are interesting: Though the treated cows did not produce more milk, they had higher calcium levels in both blood and urine. Improving those calcium levels is important: cows stricken with hypocalcemia have compromised immune systems, and are more likely to have health complications like ketosis and mastitis.

The study did not analyze the calcium content of milk produced by these cows; hypocalcemia typically affects cows immediately after giving birth, when milk is fed to the calf rather than to, well, us. But the research is certainly promising, and another quiver in the bow of anyone who wants cows to be happier – preferably, though, through better treatment rather than serotonin supplements.