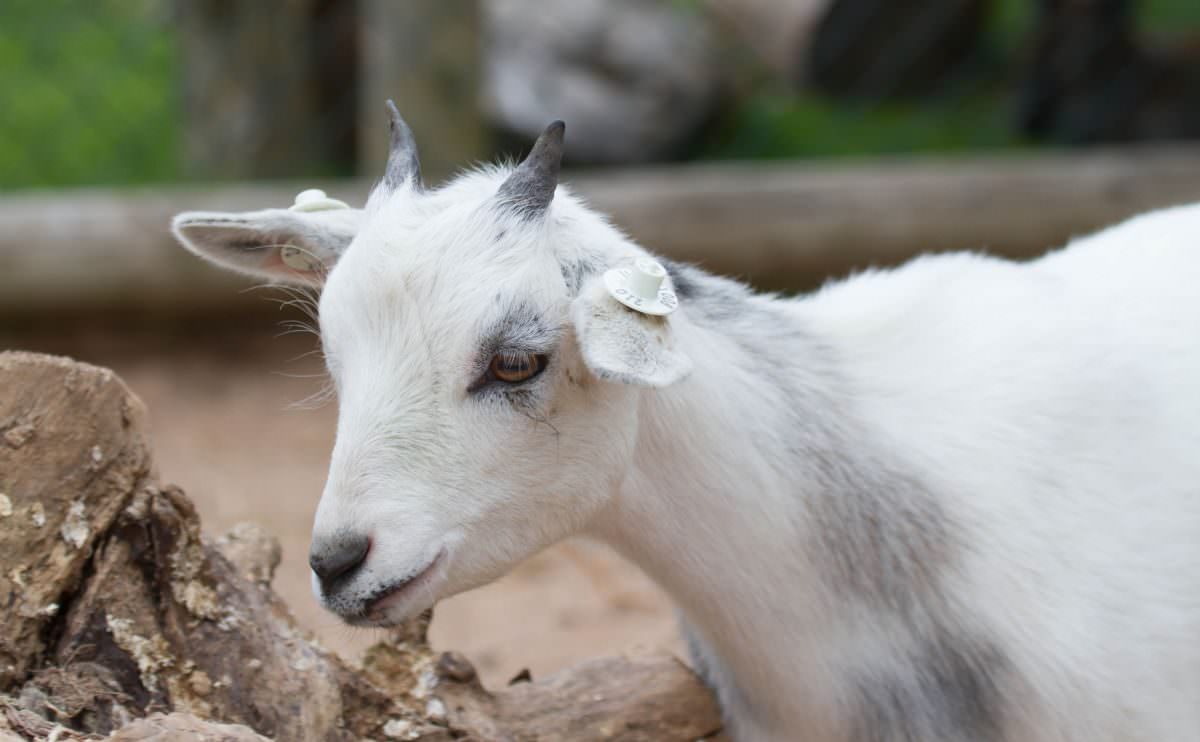 More than 500 trees in the 585-acre park were felled during that season, and one area, known by officials as the Northeast Perimeter was hit especially hard, losing 50 trees. The rescuers are coming this summer, in an unexpected form: eight goats from upstate.

Yet the Northeast Perimeter is also one of the most interesting and well-trafficked parts of the park. It is about as hilly as anything in Brooklyn ever gets, with Mount Prospect reaching 200 feet above sea level. It’s heavily forested and rugged, unlike some of the more manicured sections, and has become a favorite of birders. “It’s certainly one of the more wild parts of the park,” says Grace McCreight of the Prospect Park Alliance, a nonprofit that helps the official city and national parks departments manage Prospect Park.

Hurricane Sandy exacerbated the problems the Northeast Perimeter already had; with trees felled, invasive plants, native and non-native alike, began springing up in their place, taking real estate and nutrients, and preventing trees from repopulating. Getting rid of ground-covering weeds is no easy task. “Because the area is pretty hilly, it can be hard to get human workers, or machinery, in there safely and efficiently,” says McCreight. “And we had seen that goats had been very efficient in woodland restoration in parks elsewhere in the state.”

Goats have, in recent years, become a valuable tool for ridding areas of unwanted weeds, especially poison ivy and kudzu, which they appear to love. They are highly efficient weeders; very little makes them sick, including plants that are poisonous to other farm animals. They can easily scale the meager hills in places like Prospect Park – they’ve been known to climb trees – and they have huge appetites.

The hungry workers come from Green Goats in Rhinebeck, New York. McCreight says the mix of of pygmy, nubian, and angora goats are mostly older animals that have retired from farm life. (An all-you-can-eat buffet of delicious poison ivy isn’t a bad retirement!)

They’ll be in a fenced-in part of the Northeast Perimeter from mid-May through the early fall, and will be on-site all day, every day. Apparently not much supervision is needed; the goats will be provided with water, but otherwise they’ll be free to wander and munch. “We’re not too concerned about them getting to things we don’t want them eating,” says McCreight; the important trees and saplings will be fenced off, but the goats will head immediately to the unwanted ground covering anyway.

A reasonable question might be, well, why is Prospect Park doing this at all? Those trees were felled due to natural causes, shouldn’t nature simply take care of itself? The answer, of course, is that nothing about Prospect Park is especially natural; originally the area that’s now the park was heavily forested, but around the time of the Revolutionary War the entire park was razed for farmland, and then designed and landscaped in the mid-1800s. This part of the park is supposed to be forested and hilly, so the restoration work is focused on making sure it remains that way. The goats will do their part by feasting.