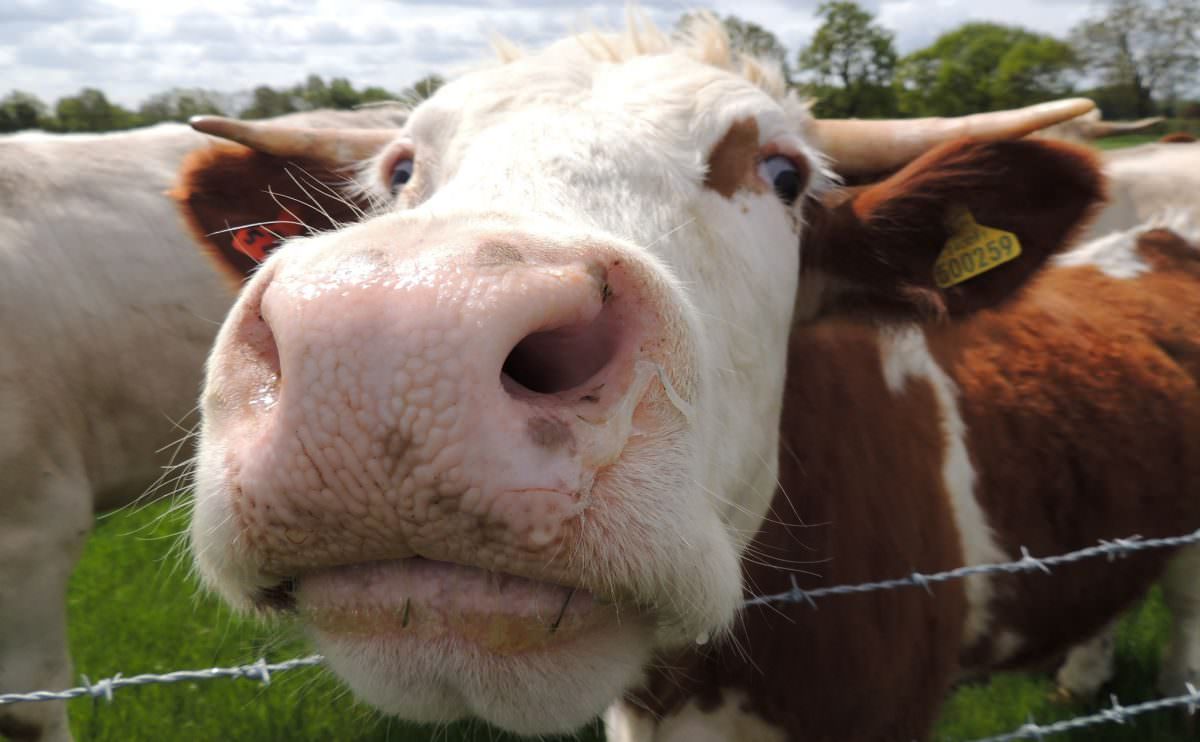 Methane emissions, a major component of the so-called “greenhouse gases” which contribute to climate change, come from a variety of sources, and cows (and other domestic livestock) are up near the top of that list. A dairy cow produces around 200 liters per day of methane, thanks to the peculiar construction of its digestive system: plant material like grass is fermented in a cow’s gut, producing some good stuff (like fatty acids, which the cow needs) and some waste (mostly methane, which is expelled via burping).

Short of simply reducing our total consumption of cow-based products, scientists have been trying to come up with a way to reduce methane emissions for decades. Since 2014, one particular molecule has shown incredible promise: 3-nitrooxypropanol, sometimes called 3NOP or 3NP. The language around 3NOP has been pretty incredible; studies indicate that when added to a cow’s feed, it can reduce methane emissions by up to 30 percent, repeatedly, without seeming to cause any problems at all for the cow. In fact it actually seems to maximize the amount of energy the cows receive from their feed, as burping up methane requires energy that would no longer need to be used.

This new study is a less sexy one than some of the other tests, but at least as important. The ways 3NOP actually work were, basically, a mystery, and that lack of understanding could offer a huge obstacle in getting some sort of 3NOP supplement to market. Few regulatory agencies would approve the use of a drug about which little is known besides “it works,” especially when the economic downside of some unforeseen problem would be as huge as it would be with the cattle industry.

The new study, performed in vivo (meaning, tested on actual cows), is wildly complicated and basically incomprehensible to anyone without a background in bovine chemistry, but specifically tracks the way 3NOP binds to enzymes in the cow’s gut and how it affects them. It’s a huge step forward in getting this drug to market, in whatever form it’ll eventually take.